Accessibility links
Setbacks Mount For Olympic Organizers In Vancouver Weather delays, ticket problems and a growing uproar about a fence have all contributed to concerns about the planning and organization at the Winter Olympics in Vancouver. Early snags in the games have been characterized as "teething problems." But Tuesday, a number of issues threatened to give this Olympic baby a full-blown case of colic. 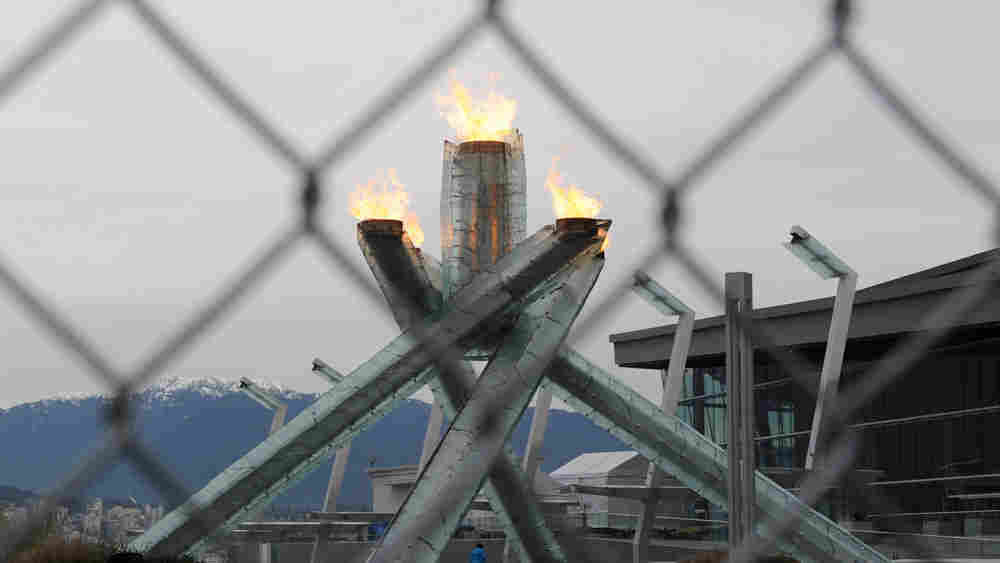 The Olympic flame burns in its caldron behind a chain-link fence in downtown Vancouver on Monday. Mark Ralston/AFP/Getty Images hide caption 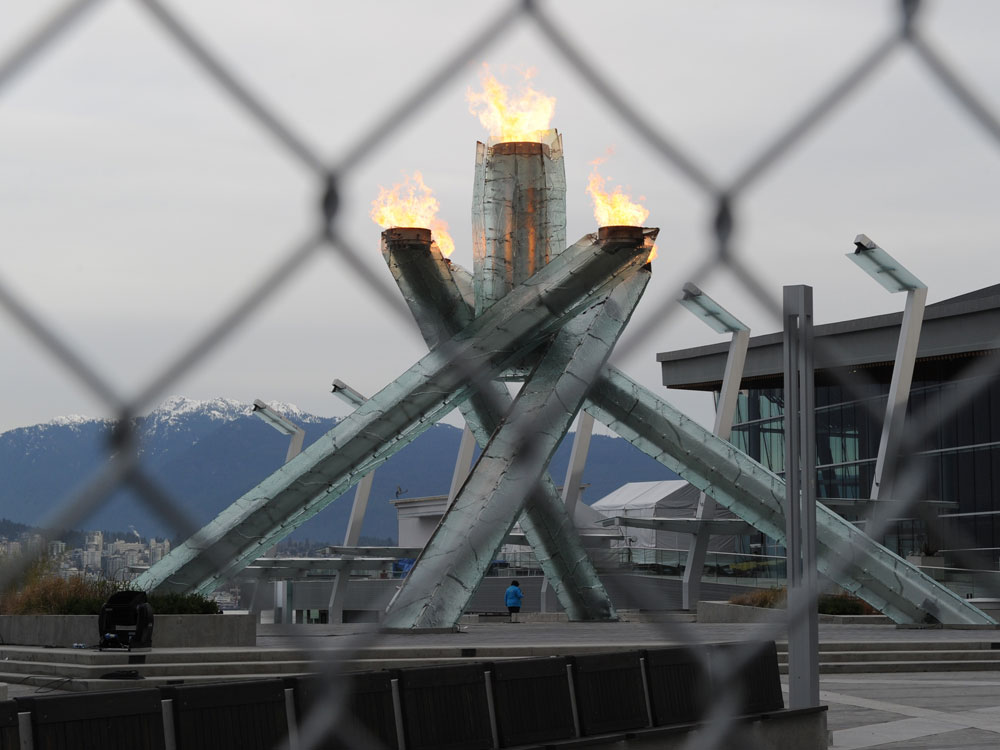 The Olympic flame burns in its caldron behind a chain-link fence in downtown Vancouver on Monday.

Weather delays, ticket problems, trouble with equipment at the speed-skating oval and a growing uproar about a fence have all contributed to concerns about the planning and organization at the Winter Olympics in Vancouver.

The most serious incident, of course, was the tragic death of a luge athlete just hours before the opening ceremonies.

Since then, there have been a number of setbacks for Olympic organizers. One is the heated public outcry about the chain-link fence surrounding the Olympic flame in downtown Vancouver, which keeps visitors about 100 yards away.

"It's unfortunate that we couldn't get a little bit closer and enjoy the flame from right next to it," says Adam Firth of Edmonton, Alberta, "especially seeing that there are some VIPs that are able to get up close and able to take some photos right up next to it."

An editorial in The Globe and Mail newspaper Tuesday was more pointed. The headline, appealing to the head of VANOC — the Vancouver organizing committee — screamed: "Mr. Furlong, tear down this fence!"

Renee Smith-Valade, a VANOC spokeswoman, said the committee may have underestimated how close people would want to get to the flame.

"The key is to recognize that desire, to move quickly, and I'm confident we'll have a plan in place tomorrow that will have people at a vantage point to see the caldron that they'll be very happy with," she said Tuesday.

VANOC and the International Olympic Committee have characterized this and other early snags in the games as "teething problems." But Tuesday, a number of issues threatened to give this Olympic baby a full-blown case of colic.

VANOC canceled an additional 20,000 tickets for snowboarding and freestyle skiing events because continued warm weather has melted the trucked-in snow and has made standing in spectator viewing areas dangerous. Money will be refunded to a total of 28,000 ticket holders, and VANOC will lose $1.5 million in ticket revenue.

And the weather continues to be a problem up higher at the Alpine skiing venues.

At the drippy and soggy Whistler Creekside, it's easy to appreciate the new joke about the home surf advantage at these Canadian Olympics. This weekend, there was too much rain and fog. On Monday night, it was too much snow on the higher slopes. But it's still relatively warm.

The lower run on the downhill course was too soft for the men's combined race Tuesday. That makes three delays in all three Alpine events so far, although the men's downhill was squeezed in between storms Monday. Sun is in the forecast for Wednesday, when the women's downhill is scheduled, but it's also going to be warm again.

As officials weather the criticism, they insist they will deal with the problems by being creative, responding quickly and coming up with good solutions. There are 12 more days to get it right.