Accessibility links
Plane Crashes Into IRS Office In Texas U.S. law enforcement officials say they are investigating whether the pilot of a small plane may have purposely crashed into a seven-story building in Austin that houses IRS offices. Officials identified the pilot as A. Joseph Stack III and were looking into a Web site with an anti-IRS diatribe attributed to him. 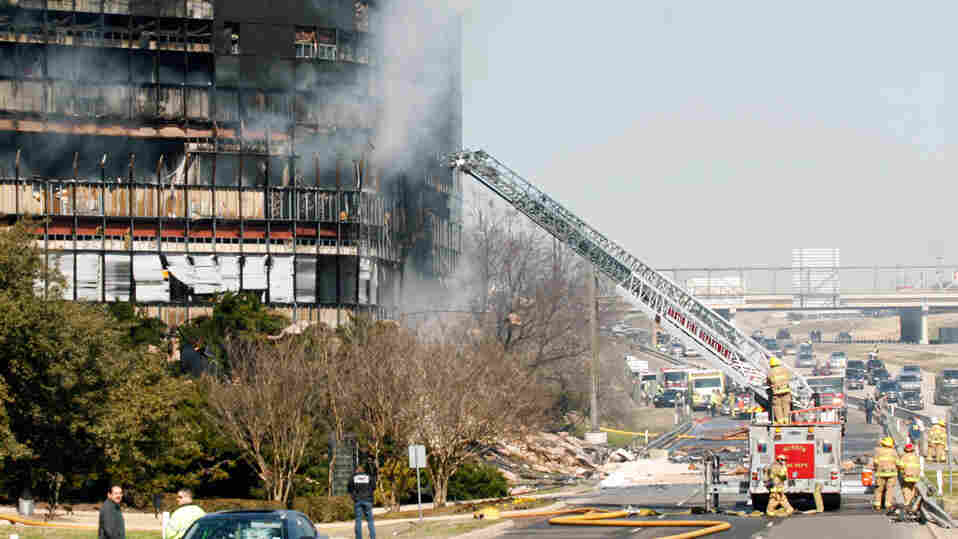 As a precaution, two F-16 aircraft were launched from Houston's Ellington Field to conduct an air patrol over the crash area in Austin, Texas. Jack Plunkett/AP hide caption 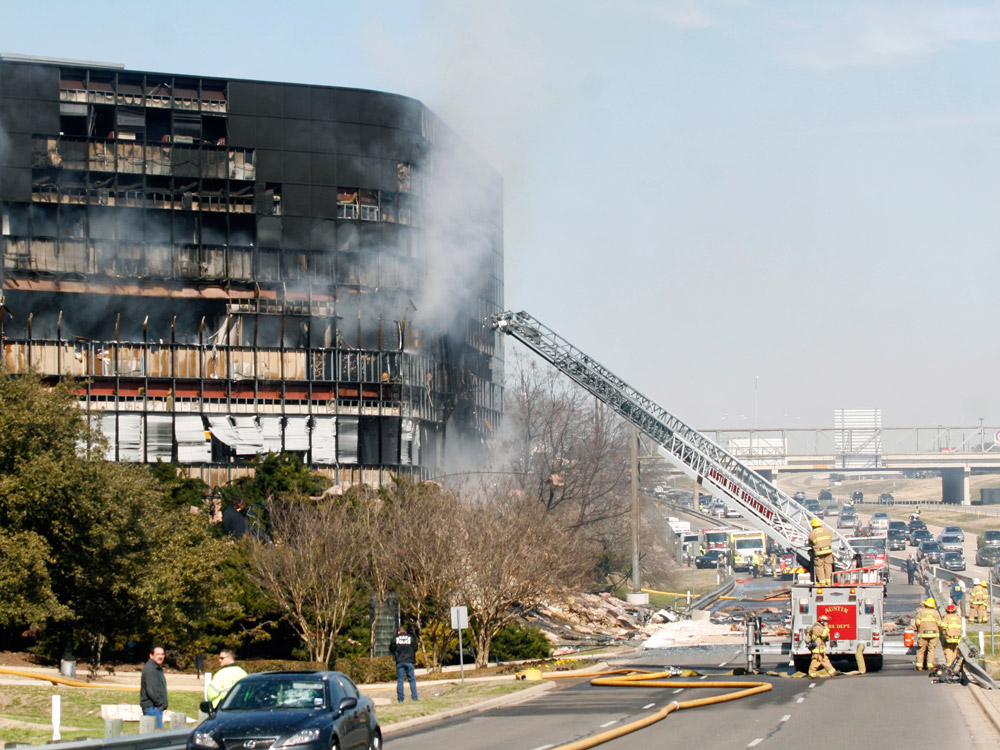 As a precaution, two F-16 aircraft were launched from Houston's Ellington Field to conduct an air patrol over the crash area in Austin, Texas.

The pilot of a single-engine plane crashed into a building in Austin, Texas, that houses offices of the Internal Revenue Service, setting off a massive blaze Thursday.

Emergency crews found two bodies in the wreckage Thursday night, and Austin Fire Department Battalion Chief Palmer Buck said that authorities "have now accounted for everybody." He declined to discuss the identities of those found.

It was a ball of flames that was high or higher than the apartments. It was surreal. It was insane.

Matt Farney, 39, who was in the parking lot of a nearby Home Depot

Authorities said earlier that the pilot who crashed into the building, identified as A. Joseph Stack III, was presumed dead and that one office worker had not been located. At least 13 people were injured, with two reported in critical condition.

Authorities said Stack, 53, was a software engineer who apparently had some tax problems. He owned a single-engine Piper Cherokee, and his northwest Austin home was set on fire before the crash.

"He didn't mix with his neighbors very much at all," Burnett said. "Most of what they learned about him was this morning at 9 o'clock when the fire went up, and his wife and their daughter, who they estimate to be about 12 years old, were distraught and screaming and went into a neighbor's house."

Investigators were looking closely at a posting on a Web site registered to a Joe Stack of San Marcos, Texas, that contained a lengthy, self-described "rant" attacking the federal tax system as unfair. 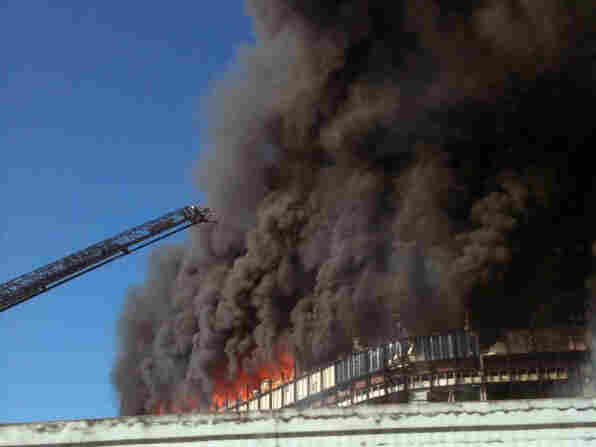 Smoke billows from a seven-story building in Austin, Texas, after it was hit by a small private plane Thursday. Grant Abston/AP hide caption 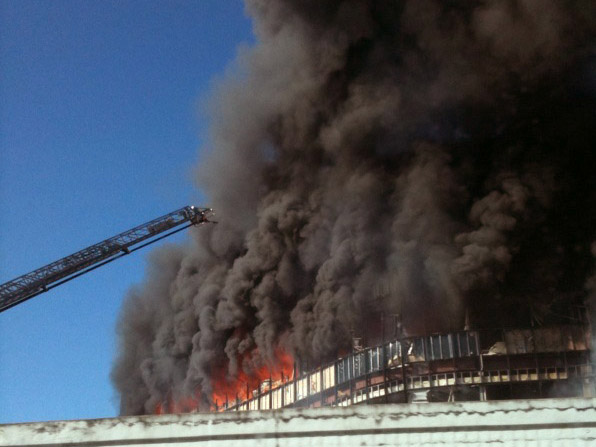 Smoke billows from a seven-story building in Austin, Texas, after it was hit by a small private plane Thursday.

NPR could not independently confirm the authorship of the Web post.

The post portrays an America that is divided between corrupt individuals who are powerful enough to make tax laws and governmental functions work in their favor and people who have become victims of the system.

The wandering diatribe concludes that violence "is the only answer."

"I saw it written once that the definition of insanity is repeating the same process over and over and expecting the outcome to suddenly be different. I am finally ready to stop this insanity. Well, Mr. Big Brother IRS man, let's try something different; take my pound of flesh and sleep well," the note read.

The Web site was later taken down by the host company, with a note stating that it had been done "due to the sensitive nature of the events that transpired in Texas this morning and in compliance with a request from the FBI."

National Transportation Safety Board spokesman Peter Knudson said an investigator from the board's Dallas office has been dispatched to the scene of the accident.

Stack's plane took off Thursday from the airport in Georgetown, Texas, and was flying under rules that did not require the pilot to maintain contact with air controllers. He did not file a flight plan.

Witnesses reported that the plane seemed to have been flown deliberately into the first floor of the Echelon 1 Building in northwest Austin. The building mostly houses IRS offices, according to Kathi Hall of KVSA Asset Management, which manages the property.

About 190 IRS employees work in the building, and IRS spokesman Richard C. Sanford said the agency was trying to account for all employees.

The crash sent workers fleeing as ceilings crumbled, windows shattered and flames shot out of the building. Thick black and gray smoke was billowing out of the second and third stories of the building as fire crews using ladder trucks and hoses battled the blaze. Dozens of windows were blown out.

The Austin American-Statesman newspaper quoted IRS agent William Winnie as saying he was in a training session on the third floor of the building when he saw a light-colored, single-engine plane coming at the building.

"It looked like it was coming right in my window," Winnie said, adding that the plane veered down and to the left and crashed into the floors below. "I didn't lose my footing, but it was enough to knock people who were sitting to the floor."

White House spokesman Robert Gibbs said President Obama has been briefed by counterterrorism adviser John Brennan but reiterated that the incident "does not appear" to be terrorism.