Accessibility links
Who's Raising Money For Tea Party Movement? A nagging question in the Tea Party movement has surfaced again: Who's actually paying the bills? Some Tea Party leaders announced earlier this month that they're forming a fundraising corporation. Its goal is to raise money from other corporations and rich individuals. But they set it up so it doesn't have to disclose who those donors are. 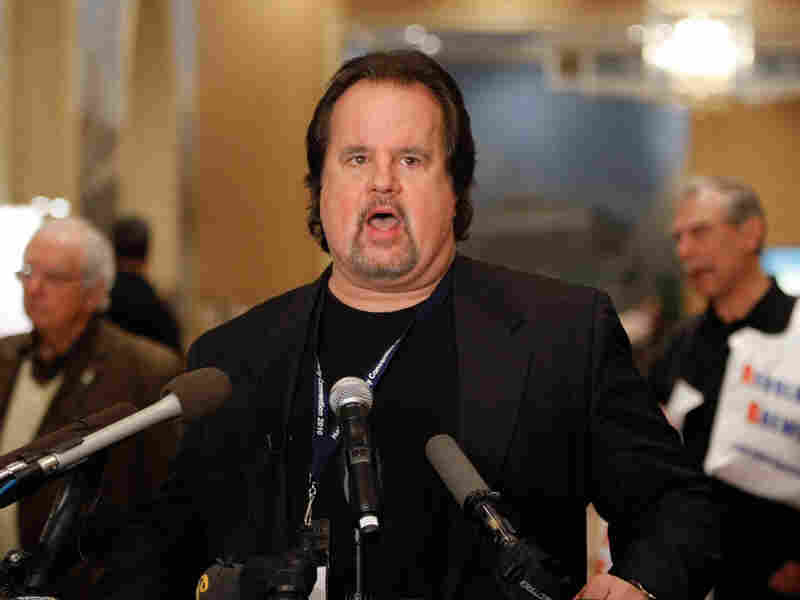 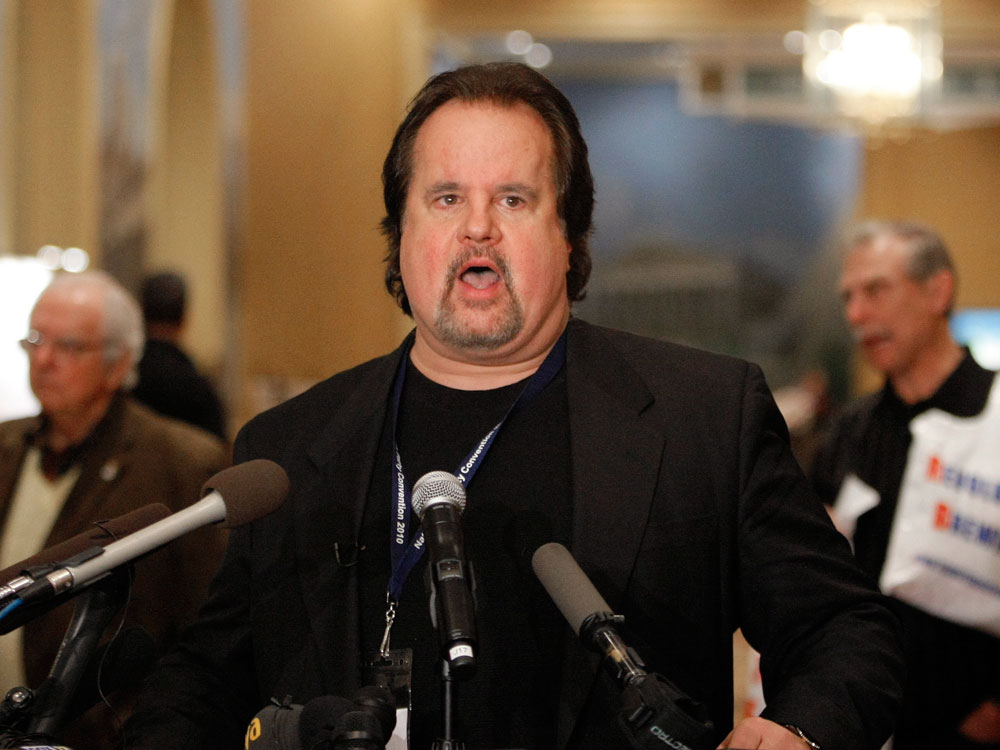 A nagging question in the Tea Party movement has surfaced again: Who's actually paying the bills? Some Tea Party leaders announced earlier this month that they're forming a fundraising corporation. Its goal is to raise money from other corporations and rich individuals. But they set it up so it doesn't have to disclose who those donors are.

The head of the Memphis Tea Party is a burly businessman named Mark Skoda — a forceful presence on the national Tea Party scene.

And just as forceful at the Tea Party convention in Nashville, Tenn., where he held a press conference to roll out the new fundraising operation: the Ensuring Liberty Corp., a tax-exempt 501(c)(4), which would be followed by the establishment of the Ensuring Liberty Political Action Committee.

The PAC would be a normal political committee, following the contribution limits and full disclosure requirements of federal election law.

Skoda told reporters about the significance of having that tax-exempt status.

"As you know, election law allows 501(c)(4)s to raise and recruit funds that allow us to go ahead and encourage people to participate in the PAC. It allows us a greater latitude in which to execute our strategy," he said.

And he made a pledge.

"We will do that in a systematic way, with transparency that is obviously lacking in too much of the political process today," Skoda said.

But a more complete description of the fundraising rules for a 501(c)(4) like the Ensuring Liberty Corp. would go like this: It can raise as much as it can get — no limits — from wealthy donors and from corporations.

And there's no disclosure. No possible blowback against the Ensuring Liberty Corp. for taking the money, or against a corporate donor for giving it.

But the Ensuring Liberty Corp. wouldn't be the first ally of the Tea Party movement to cross paths with big money.

FreedomWorks, headed by lobbyist and former House Majority Leader Dick Armey, has said about 15 or 20 percent of its money comes from corporations.

And Americans for Prosperity, or AFP, has long been rumored to be financed by David Koch, of the family that owns Koch Industries. That's one of the biggest privately held companies in America, and the family has a long history of underwriting conservative causes.

David Koch confirmed the rumors at an AFP convention last fall. "Five years ago my brother Charles and I provided the funds to start the Americans for Prosperity. And it's beyond my wildest dreams how the AFP has grown into this enormous organization," David Koch said, according to audio from the online news site The Washington Independent.

AFP spokeswoman Amy Payne says corporations are its smallest group of donors, after individuals and foundations.

If corporations were fueling a powerful new grass-roots movement, would it matter to people in the movement?

Joseph Lowndes, a political scientist at the University of Oregon, isn't so sure it would. He has written about the Tea Parties and other conservative movements.

The us-against-them anger of Tea Partiers is aimed mostly at government. But Lowndes says he sees one important part of corporate activity that could raise their hackles.

"Corporations don't seem to me to be the thing that really gets them in a lather in the same way," he says. "Except for they do see, in their kind of, you know, partly right-on and partly conspiratorial understanding of the ways in which lobbyists work in Washington."

The corporate lobbyists that worked angles in the health care debate, for instance.

But for now, the only people likely to be upset by corporate funding for the movement would be the ones who have already dug in against Tea Party groups and are spoiling for a fight.