Accessibility links
Gov. Rick Perry To EPA: Don't Mess With Texas On Tuesday, Texas Gov. Rick Perry and other state officials announced a lawsuit challenging the EPA in federal court for its recent finding that CO2 is a pollutant. The state is a major contributor of the gas, and Perry says the EPA's ruling threatens Texas businesses, farms and even churches. 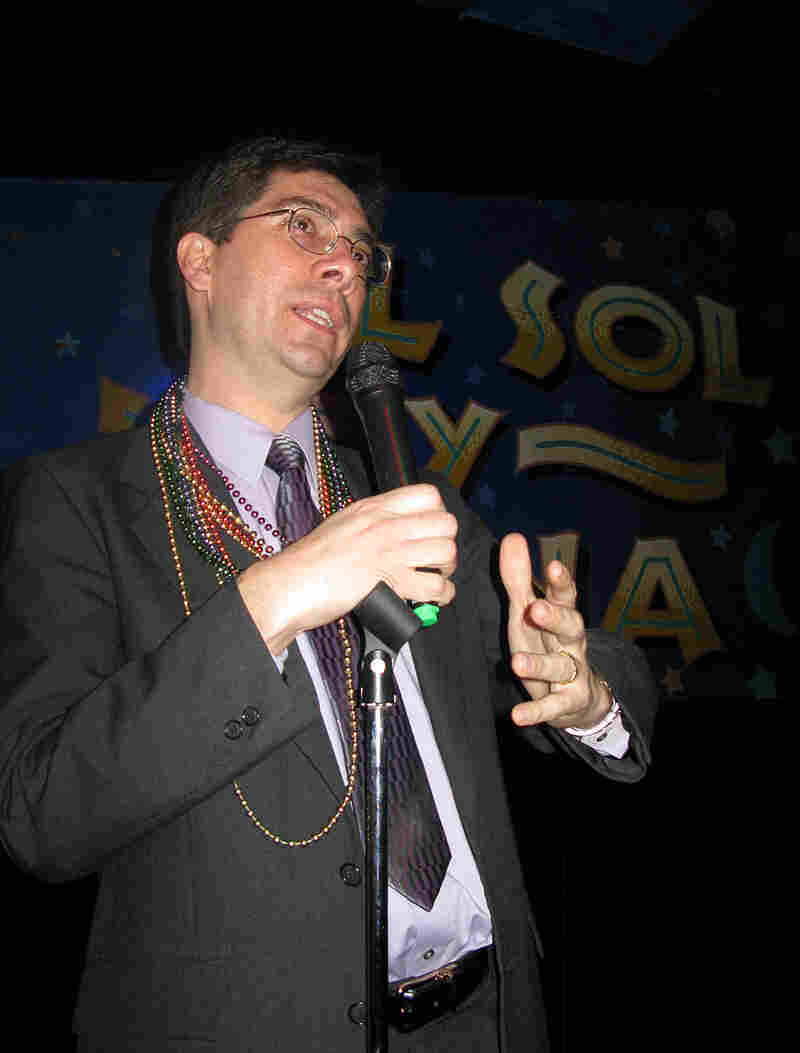 Al Armendariz, the EPA's new regional administrator for Region 6, which includes Texas, speaks at a celebration of his appointment in Austin on Mardi Gras. John Burnett/NPR hide caption 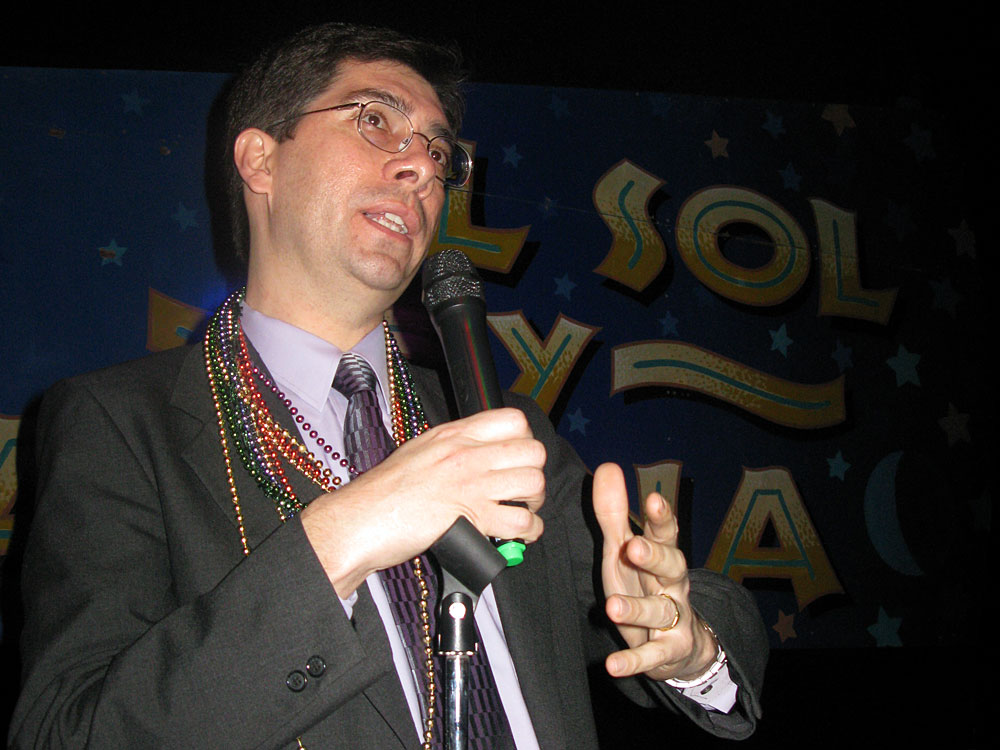 Al Armendariz, the EPA's new regional administrator for Region 6, which includes Texas, speaks at a celebration of his appointment in Austin on Mardi Gras.

The Environmental Protection Agency has kicked a proverbial fire ant mound in Texas. The agency's campaign to tighten pollution regulations has led to a pushback in a state whose huge petrochemical sector is a major producer of industrial pollutants and carbon dioxide.

On Tuesday, Texas Gov. Rick Perry and other state officials sued the EPA in federal court for its recent finding that CO2 is a pollutant. However, the EPA also has a Texan on its side.

Texan Al Armendariz's appointment with the EPA recently prompted an environmental lovefest at a Mexican restaurant in downtown Austin.

"We'd like to welcome you to a celebration of the appointment of Al Armendariz as the regional administrator of Region 6 of the Environmental Protection Agency," said Tom Smith, director of the Texas chapter of Public Citizen, a consumer advocacy organization.

The lanky, 39-year-old environmental engineer, a native of El Paso, stood awkwardly at the mic in front of the adoring crowd.

"Thank you, that was a great introduction," Armendariz said.

The environmental activists here consider Armendariz as one of their own.

As an associate professor at Southern Methodist University in Dallas for the past eight years, Armendariz became a familiar figure at the capital and often testified against air polluters. Texas environmentalists had been petitioning and suing state authorities for years to enforce the Clean Air Act and rein in the state's mammoth coal-fired power plants, refineries and chemical facilities.

Now they may get their way. The Dallas EPA office is responsible for five states and 66 Indian tribes, but Armendariz says since he began in November, air quality in Texas has occupied just half of his time, as there's so much that needs fixing.

"There's no doubt in my mind or at any of the leadership in EPA," Armendariz says, "That the way the air programs have been run in the state of Texas for the last 15 years is gonna end, and it's gonna end really soon."

'Regulation For The Sake Of Regulation'

Talk like that has raised hackles in a state where business is king and the unofficial motto is "Don't Mess With Texas."

Last year, the EPA declared carbon dioxide a dangerous greenhouse gas and a threat to public health. With Texas such a major contributor of CO2, the EPA's declaration is seen by some as nothing less than an attack on the Texas way of life.

"We are approaching what many of my members would represent to be regulation for the sake of regulation," says Steve Minick of the Texas Association of Business.

Perry is also steamed over the EPA's intrusion into Texas air standards.

Armendariz has told the Texas Commission on Environmental Quality that its program for granting air emissions permits to industrial facilities violates the federal Clean Air Act. And if TCEQ doesn't tighten up the program and allow more public input, the EPA could conceivably take it over.

Bryan Shaw, chairman of TCEQ, says the program is misunderstood. "Our program has been very effective at attaining environmental improvements far faster than a lot of other states," Shaw says. "But done so in a way that meets up to the intent of the Clean Air Act."

He points out that Texas has in recent years had measurable reductions in nitrous oxide emissions, carbon dioxide and ozone levels — and without more regulation from Washington.

Undeterred, Armendariz says Texas needs to do more to protect its air. "We're glad to see that in many areas of Texas, air quality is improving," he says. "But there are still many communities in Texas where there are levels of air pollutants that are too high."

Getting Tough On 'Accidental' Emissions

One of them is the Houston area — home to a vast petrochemical complex.

Two years ago, the Sierra Club and Environment Texas, advocacy groups acting on behalf of citizens, sued Shell Oil for emissions at its Deer Park refinery that were far in excess of its permitted limits. The lawsuit claimed that unauthorized "accidental" emissions occurred, on average, more than once a week for five years.

Texas Sierra Club Director Ken Kramer, among others, blames state regulators for letting refineries get away with these sorts of violations with nothing more than a slap on the wrist. "Because they say, 'Oh well, those are really accidental emissions; it's not part of our routine emissions. It was because we had a problem with this particular unit,' " Kramer says. "But it happens over and over and over again."

A federal judge agreed with the citizens' groups, and Shell agreed to reduce its upset emissions by 80 percent.

In its defense, the Texas Commission on Environmental Quality says it reviews all unauthorized emissions and takes punitive action when industries break the rules.

But the Houston Chronicle, in a May 2009 editorial, asked why two environmental groups had to go to court to do the job state regulators should be doing.

If the EPA has its way, this state of affairs is about to end.