Accessibility links
Stephen Green On Seeking A Moral Compass In Banking A book by the chairman of HSBC proposes a "new capitalism" that brings good business and good ethics together. In an NPR interview, Green, who is also an ordained priest in the Church of England, says moral and spiritual values should take precedence over immediate profit for the world's major banks. 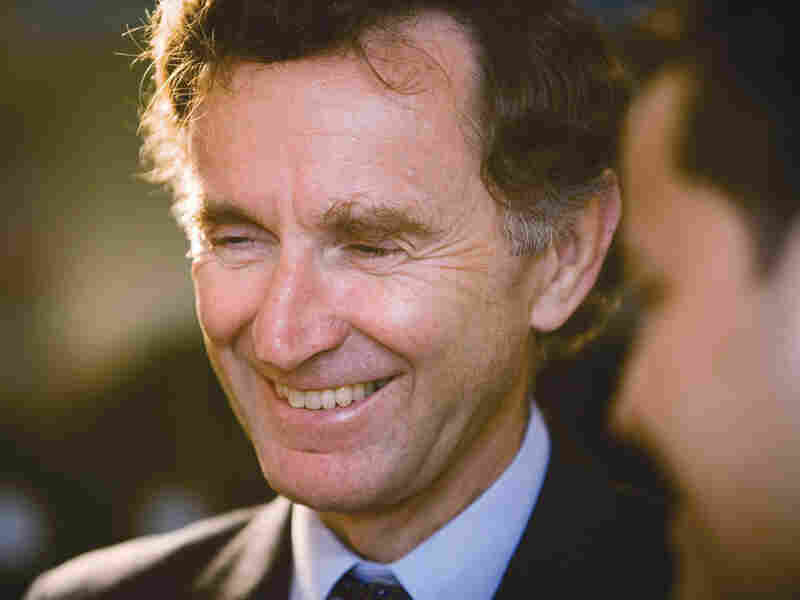 HSBC chairman Stephen Green is also an ordained priest. He says the big lesson of the financial crisis is that markets are not "reliably self-policing." Courtesy of Nial McDiarmid hide caption 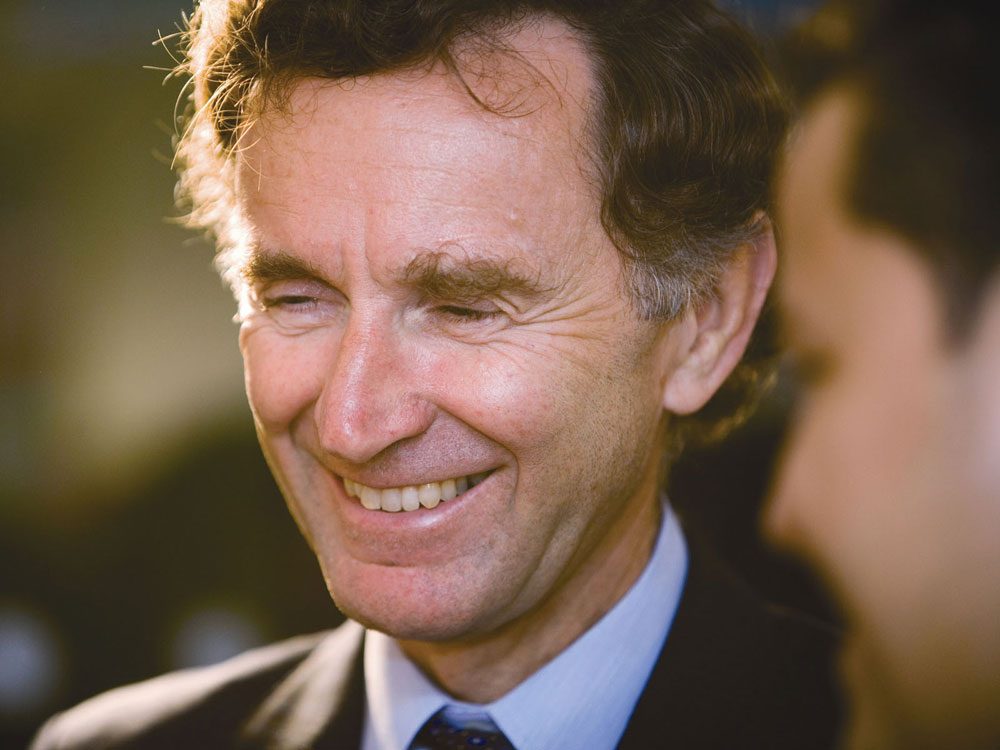 HSBC chairman Stephen Green is also an ordained priest. He says the big lesson of the financial crisis is that markets are not "reliably self-policing."

With bank bailouts and executive bonuses in the headlines, it's hard to find the connection between banking and ethics.

But it's an argument that Stephen Green, chairman of HSBC — one of the biggest banks in the world — makes in his new book about banking: Good Value: Reflections on Money, Morality and an Uncertain World.

Green is also an ordained priest in the Church of England. In his book, he proposes a "new capitalism" that brings good business and good ethics together. He says moral and spiritual values should take precedence over immediate profit.

In an interview with Renee Montagne, he touched on some of the topics he explores in his book.

The Road To Crisis

"First of all, it is important to understand that the crisis didn't come out of nowhere," Green says. "It came out of a global macroeconomy, which was getting increasingly imbalanced."

Green says the imbalance was caused by emerging markets in places like Asia that were exporting, saving too much money and spending too little domestically. Then, consuming nations like the United States and the U.K. were spending too much and saving too little. In that context, there was a pervasive atmosphere, he says, where institutions didn't ask a lot of questions about what was the suitable, fair or right thing to do, provided that they found a legal market for the financial product they were offering.

"When you look at the compensation practices in the financial industry there were clearly distortions," Green says. He adds that it is "entirely understandable" that there's widespread public anger over executive pay, especially in cases of companies that collapsed.

"The important way forward is to properly align the interests of the trader, with the shareholder and the wider public interest," Green says." Real performance, he adds, should be rewarded with pay that is competitive and that takes into consideration market trends.

The Role Of Company Boards

"The responsibility of the board is to grow the business on the basis of a sustainable business model for the foreseeable future," Green says. He says this is accomplished by providing good customer service to customers on a transparent, open basis, by having engaged, committed employees, and by ensuring that a company pays attention to its community responsibilities.

"The big learning of this crisis is that the markets are not reliably self-policing, and you do need [a] government supported regulatory environment, which is constructive and effective in watching out for the weaknesses that are sometimes endemic to the system," Green says.

Money: The Root Of All Commerce

"You can't have sustained social and economic development without money, without commerce," Greene says. "You need money to lubricate the commerce, to finance investment and all the rest of it. It's an incredible effective servant if it's allowed to operate in the right ways as a servant. It becomes very dangerous when it's a master." 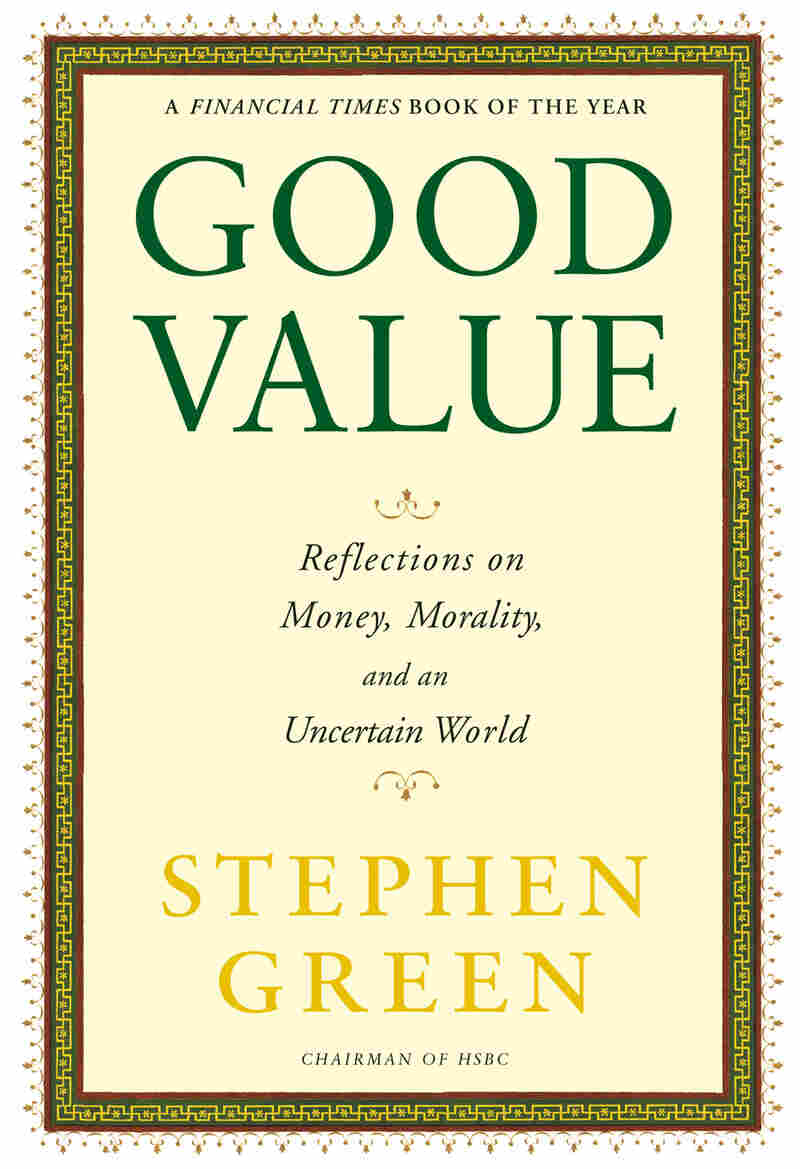 Chapter 1: In My Beginning Is My End

Lake Como. Spring 2008. April. Eliot's cruellest month. Twilight falling. From the shore, the lights of Brunate in the distance are just beginning to flicker into life. Shadows lengthen in the gardens of the Villa d'Este.

Everywhere the soothing influence of the pleasure principle is clearly in evidence. Despite all the beauties that nature provides in Lombardy without any human intervention, there is very little here that has escaped the improving hands of painters, architects, gardeners and sculptors.

With names that sound like expensive puddings, luxurious retreats line the shores — Villa Carlotta, Villa del Balbianello, Villa Melzi, Villa Serbelloni. The lake has entranced the cream of European aristocratic and cultural circles for two millennia, from Pliny to George IV to Stendhal and Liszt. The Villa d'Este at Cernobbio, commissioned in the sixteenth century by Cardinal Tolomeo Galli, is now a luxury hotel. Under vaulted ceilings, past statues of sleeping nymphs and over gravelled paths, the guests come and go. If the story of humankind is how far we have come from the freezing cave and the daily chase, then here at least it is easy to forget that either ever existed.

Why am I here? Another seminar on commerce and finance: another of those Davos-like gatherings that bring together the usual suspects — politicians, financiers and economists — to discuss the state of the world. Champagne and discretion. The rainmakers of global capitalism can wander among the azaleas, camellias, oleanders, rhododendrons, hydrangeas, roses and jasmine bushes, and confide their fears and hopes to each other. It is a time of retreat, and a time to share. A place to relax, to take stock, perhaps to plan, perhaps to deal.

This year, more so than anyone can remember, the mood is bleak. The rumble of approaching economic thunder is the basso continuo of all discussions. Over ten years of growth and untrammelled consumer expansion may be coming to an end.

Nobody should be surprised. All over the world the economic news has been foreboding.

A new double-barrelled word has entered the conversation, spreading fear like a sort of plague. This word is "subprime." Two years ago, most members of the public had never heard of it. At the Villa d'Este it is on everyone's lips. Already several hundred billion dollars have been written off by financial institutions as a result of mortgage-payment defaults and huge write-downs of mortgage-backed asset values. The figure is to get much larger. U.S. banks have just reported the worst quarterly performance since 1990. Banks in the U.S., the U.K. and Germany have had to be rescued from collapse and have lost their independence. And much more is to come.

The scale of the unfolding crisis is alarming. The International Monetary Fund has delivered one of its gloomiest forecasts ever. It says bluntly that the troubles that erupted into the open in August 2007 now look like they are developing into the largest financial shock to the system for decades. It predicts that the liquidity squeeze will lead to a full-blown credit crunch in the advanced economies. It predicts recession in the U.S. later in the year, and only slow recovery thereafter. It says that weakening growth in advanced economies will have knock-on effects on the large emerging economies, particularly in Asia and Latin America. It concludes that the heady growth rates that the world has come to take for granted are — at least for the time being — a thing of the past.

Worrying, too, is the parlous state of consumer confidence. There is wide agreement that the housing sector is in serious decline in several advanced economies. After many years of rapid price increases, with all the confident investment and spending that result, real investment in housing is now falling in countries as diverse as the United States, Britain, Australia, Spain and Ireland. The U.S. Commerce Department has just released figures showing that the number of new houses remaining unsold in the U.S. is now at its highest level in a quarter of a century.

At the same time there are increasing fears of inflation, for the price of oil is soaring. Consumption is forecast to increase relentlessly by 1.2 million barrels a day this year, to a new record of 87.2 million barrels a day. Prices are at record levels — flirting with $120 a barrel—and yet supply is not rising. In the U.S., experts are predicting a rise to over $4 a gallon at the gasoline pump by the end of the summer and, according to one, $7 a gallon in the next four years. More worrying still is the apparent paralysis of supply in the non-OPEC countries, such as Russia, Norway and Mexico. Strikes by oil workers in Nigeria have shut down around 1.7 percent of the world's production. How will all this end?

And there is an even worse spectre abroad: food prices. The United Nations Food Agency is warning that, across the world, escalating food prices threaten to force 100 million people to go hungry. Analysts are predicting that the days of relatively cheap food are over. Rice prices have already nearly tripled in a year. Wheat and vegetable oil are due to continue their steady rise. In poor countries there are food riots. More are predicted. Even in rich countries the effects are noticeable. In Britain, the Times devotes an entire front page to the report that food price inflation has pushed up the average weekly U.K. shopping bill by 15 percent in a year — not life-threatening, but quite enough to sour the mood of any electorate.

In this mountainous corner of European civilization, this showcase of some of humanity's finest artifacts, we are feeling the first tremors of an economic earthquake. No one is going so far as to say that the walls of the citadel will come tumbling down. However, no one is going to guarantee its perpetual stability with quite as much confidence as they might have done just a year earlier.

And it is not only the actors of the financial world who are affected. Shocks to the global financial system will eventually affect us all, from suburban families in America to small businesses in China, to Greek shipowners and to Russian oligarchs.

Somewhere deep down, the question gnaws away: If, with all the technology and sophistication at our disposal, the basic structure of the world economy is built upon sand, not rock, then what is the justification for all our labours? For all of us who work directly or tangentially in the financial system, how can everything we relied on be so swiftly under threat?

Reprinted from Good Value: Reflections on Money, Morality and an Uncertain World Copyright 2010 by Stephen Green. Reprinted with the permission of the publisher, Atlantic Monthly Press, an imprint of Grove/Atlantic, Inc. 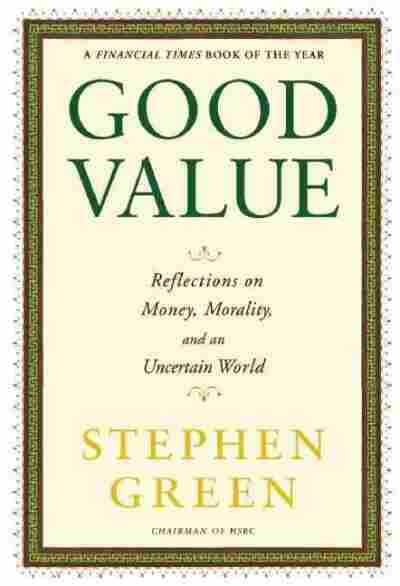 Reflections on Money, Morality and an Uncertain World