Accessibility links
Hilary Hahn: Violin And Voices Entwined In Bach Bach's cantatas contain some of his greatest music, but their individual sections are seldom performed out of context, least of all by celebrities. Classical music critic Lloyd Schwartz says Hilary Hahn's new CD, Bach: Violin & Voice, provides a welcome exception to this rule. 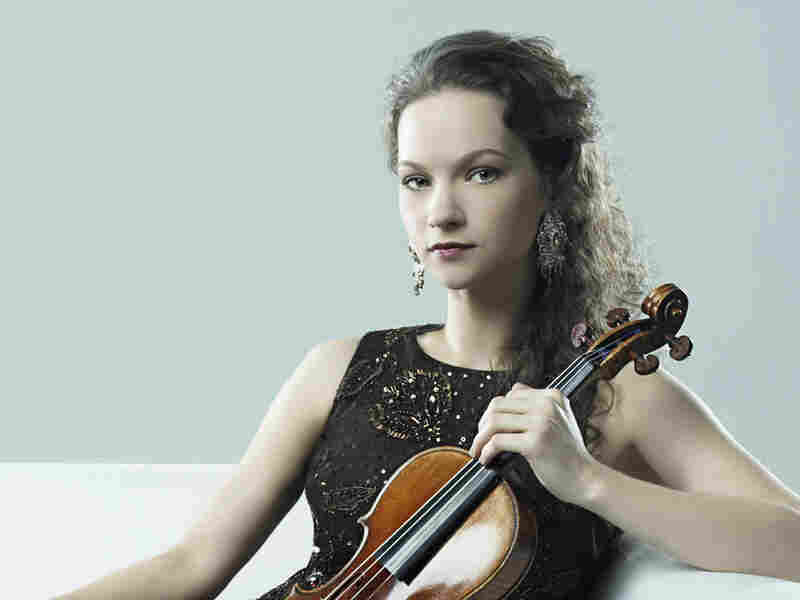 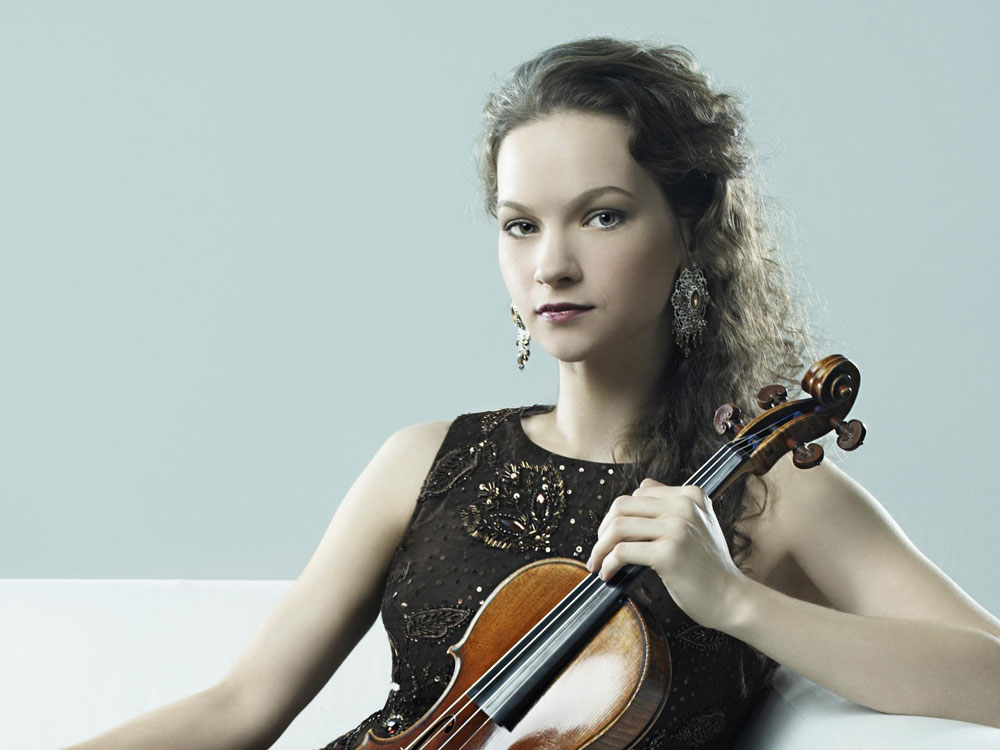 Johann Sebastian Bach composed more than 200 cantatas — substantial but relatively short works for solo voices, chorus and orchestra. Most of them were intended to be part of the Lutheran Sunday service. They tend to be serious in tone — even grimly serious — dealing with the soul's attempt to free itself from sin and its desire to leave earthly chains for the liberation of death. But there are also cantatas about the joy of salvation. At the heart of all of them are arias, often accompanied by a solo instrument, that have some of the most beautiful, expressive and technically challenging moments in Bach. And because it's rare that a celebrity performer takes on any of these challenges, I'd like to applaud violinist Hilary Hahn for her latest recording, Bach: Violin & Voice, in which she joins forces with two of the world's most artistic singers in a dozen Bach arias with violin obbligato.

In one of Bach's better known cantatas, No. 140, Wachet auf — "Wake up!" — Hahn introduces a duet with soprano Christine Schafer as the eager bride and baritone Matthias Goerne as Jesus, the soul's spiritual bridegroom, who reassures her he's on his way. The nonstop violin solo suggests both the yearning bride and the comforting groom — three "voices" inextricably entwined in complex musical paragraphs.

Another one of my favorite selections on this CD is the bass aria "Welt ade" — "Farewell World, I'm tired of you" — from Cantata No. 158. Goerne brings to Bach the warmth and subtlety audiences are familiar with from his recordings of German lieder. In this aria, there's a sudden surprise entrance by Schafer, floating like a bright angel over Goerne's dark voice. Her part was actually written for the entire soprano section of the chorus, echoing the bass' desire to leave a world of war and strife and offering instead an eternity of heavenly bliss. The anthem she sings is something Bach borrowed from Johann Rosenmüller, a composer who died the year before Bach was born. The violin seems to be making audible what's in the singer's heart.

The biggest rarity on this disc is paradoxically one of the most famous selections, "Erbarme dich" — "Have mercy" — the moving alto lament from the St. Matthew Passion, a work almost forgotten after Bach's death until Mendelssohn revived it a century after it was written. Hahn chooses the version that Mendelssohn reworked for a soprano. I hope this album encourages listeners who are unfamiliar with Bach's cantatas to seek out their complete versions. Those who already know the music will surely welcome these admirable performances.