Accessibility links
For Mature Audiences Only: Video Game Ratings The Entertainment Software Ratings Board assigns about 1,700 ratings a year to warn parents about sex, violence and language, among other things, in video games. 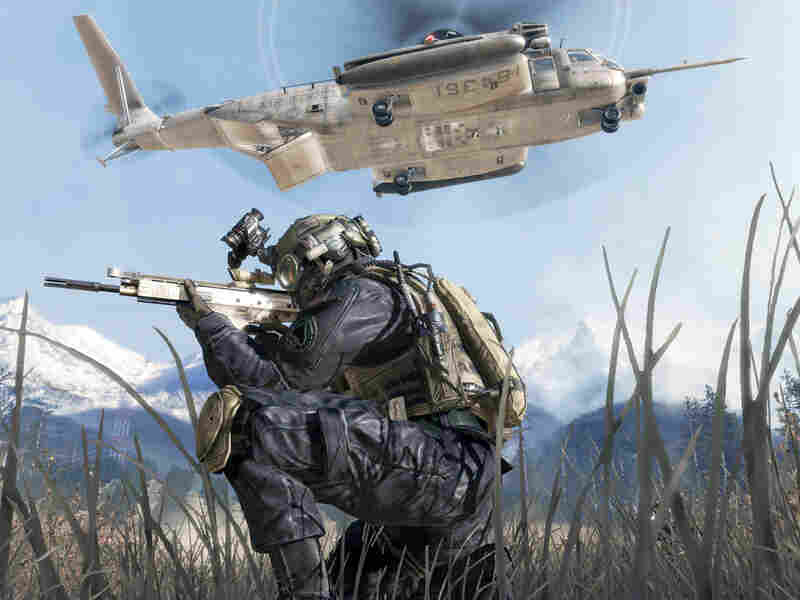 A scene from Call of Duty: Modern Warfare 2, which is rated mature, or unsuitable for people under the age of 17. AP/Activision hide caption 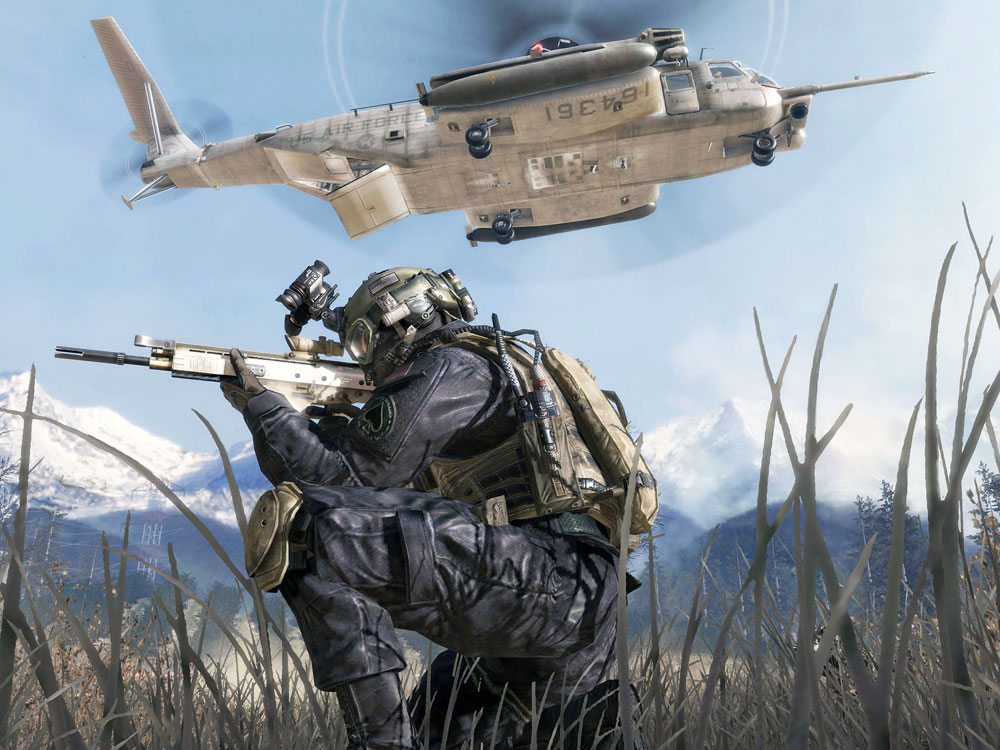 A scene from Call of Duty: Modern Warfare 2, which is rated mature, or unsuitable for people under the age of 17.

Everyone (E) Suitable for everyone ages 6 and older, and may contain "mild violence" and "infrequent use of mild language."

Everyone 10+ (E10+) These games may contain more violence and language, as well as "suggestive themes," than E-rated games, and are suitable for people 10 and older.

Mature (M) These games are appropriate for people 17 and older, and may contain "intense violence," "sexual content," "blood and gore" as well as "strong language."

Adults Only (AO) The possibility of "intense violence" and "graphic sexual content" make these games suitable for people 18 and older.

Rating pending (RP) Games with pending ratings have been submitted to and are being evaluated by the ESRB.

Ratings solve only part of the problem of potentially offensive video game content. Online gaming, in which players can talk to one another while engaged in a game, is ripe for inappropriate commentary.

"The online experience is not always as benign and friendly as [one] might imagine," says Jeff Bakalar, who writes about video games for the Web site CNET. "There's actually a lot of instances of homophobia, racism and misogynistic attitudes going on online. And, unfortunately, it isn't as discussed as much as the actual game ratings themselves."

Because players are often thousands of miles away from each other, there is not an immediate or physical response to offensive or abusive behavior. Bakalar says this is especially true with games like Call of Duty: Modern Warfare 2, in which the content lends itself to that type of behavior.

In order to stop abusive online behavior, Bakalar says Internet services, like Xbox Live, have specific sections and departments that review incidents and complaints made by players.

"There are rules in place, there are provisions that allow you to report these incidents that happen," Bakalar says.

The video game Call of Duty: Modern Warfare 2 is breaking sales records this year. But its violent content is not suitable for all audiences.

The goal of the game is to hunt down Russian ultranationalists with machine guns, sniper rifles and grenades. So the Entertainment Software Rating Board gave it a mature rating — meaning people under the age of 17 should not play.

Rating video games is important for parents who want to control what types of games their kids are playing, but who are often unaware of the content of those games.

'Harder To Control What They Play'

When Jill Hing promised to buy her 15-year-old son the game Dragon Age as a reward for a good report card, she was stopped by the sales clerk.

"The person that was getting it for me from behind the counter didn't want to hand it to me," Hing says. "And he said, 'You realize that this game is very, very violent.' There was a scene in it where the person was an assassin and just killing the general public, and I ended up not buying it for him."

Hing says she has better control over the movies her two boys watch than their video games.

"I think it's harder to control what they play, because they play for hours at a time," Hing says. "And I don't play them at all, so I really don't know what they are seeing."

This is exactly why the ESRB was created more than 15 years ago.

"It became apparent to the industry that they needed a rating system to help parents distinguish between those games that were really intended for kids and those that weren't," says Patricia Vance, president of the ESRB.

Now, big-box stores like Best Buy and Costco will only sell games that have been rated, and the publishers pay for that privilege. Each game is evaluated by a small group of anonymous raters, who aren't allowed to talk to each other during the process.

First, the raters review a package and DVD, which is put together by the game's publisher, with scenes illustrating the plot and hidden tricks.

Each rater settles on one of six ratings. Then, raters compare notes to reach a consensus, which enables the board to assign some 1,700 ratings a year.

But it doesn't stop there. Vance says parents want more than just a rating on a box.

"They really want to know why it got that age rating, and that's why the content descriptors are so important," Vance says — descriptors like "simulated gambling," "tobacco references" and "blood and gore."

The raters take it a step further. They write summaries with examples of sex, violence and language found in the games. The detailed descriptions are available online and through a new iPhone application.

According to the Federal Trade Commission, the video game industry does a lot better shielding kids from violence than the movie and music businesses do.