Accessibility links
Nusrat Fateh Ali Khan: The Voice Of Pakistan With his intense stage presence and relentless drive to improve, Nusrat Fateh Ali Khan single-handedly brought Qawwali, a form of Sufi devotional music, to the West and the non-Muslim world. In the process, he influenced an unlikely array of music around the world. 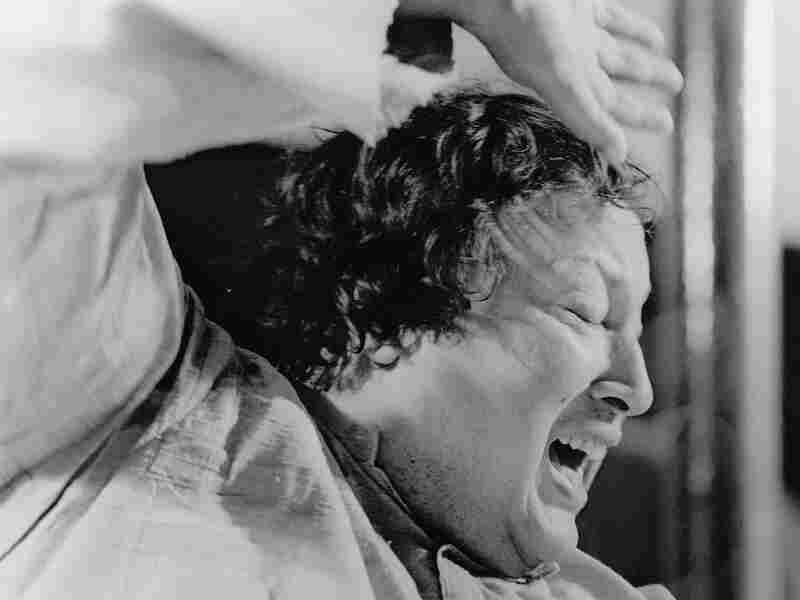 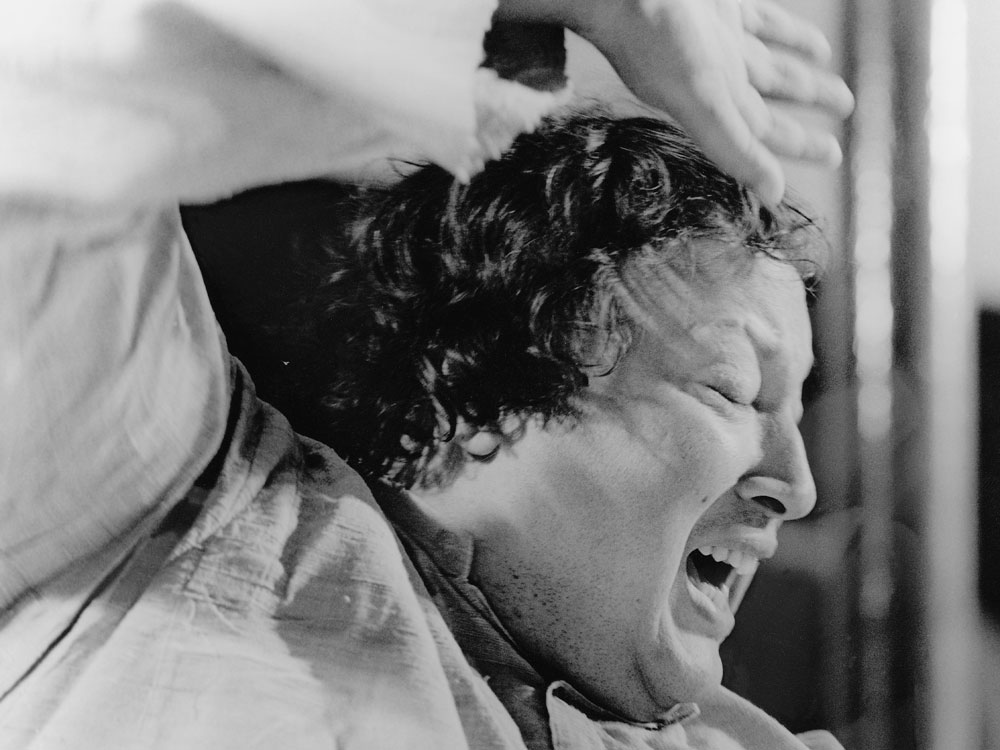 All this year, NPR is bringing you the stories of 50 great voices from around the world. Of course, when you're making such a list, there's bound to be debate. But when it came to the late Pakistani singer Nusrat Fateh Ali Khan, there was a hushed reverence within our selection committee.

Many Americans first heard his haunting voice in the film Dead Man Walking, but he also introduced a new generation of Pakistanis to their own traditional music.

I still remember buying my first album. I was 8 and living in Islamabad. It was a bootleg cassette that opened with a guitar riff, and then came that voice.

Zareena Grewal grew up in a Pakistani family in the suburbs of Detroit. She now teaches religion at Yale, and grew up listening to Ali Khan's music.

"At moments, his voice could be smooth like honey, and at other moments, it takes on this texture and this coarseness — it's very gripping," Grewal says. "He's the great Pakistani musical gift to the world. He's sort of like the national musician, but also his name to me immediately has a religious charge because he was a Sufi, and the body of his work is mostly religious music."

Not Your Typical Superstar

The music is called Qawwali, a form of Sufi devotional music that originated in what is now Pakistan. I have to confess: Before Nusrat, I found it pretty boring — something my mother would force us to listen to on a Sunday afternoon. And as Grewal says, you wouldn't exactly hang his poster on your wall.

"He was morbidly obese, sweaty, crazy hair, these intense facial expressions as he's singing," she says. "I mean, he really was just a sight." But when he opened his mouth, he had a range that other Qawwali singers just didn't.

"If you sat with him and you spoke with him, you felt like you were speaking to a child. He had this attitude and wonderment about everything. He marveled at everything," Ahmed says. "If you hit a guitar chord, he would say, 'Play that again,' and then he would sing out the notes within the guitar chord. So he had this curiosity about the world."

What he did with that curiosity made his songs the anthems of Pakistani life. But when my family moved to the U.S. two years after I bought my first Nusrat album, I remember stashing it away in a drawer. I wasn't planning to pass around this "native" music among the high school crew. But then Nusrat resurfaced in my American life. Oliver Stone featured his music in a film. He sang with Eddie Vedder and Peter Gabriel. And when he performed in New York and Houston, he was met with rapturous reviews. His success defied my assumptions about what someone from that part of the world could mean to listeners here.

Guitarist and collaborator Michael Brook acknowledges that "99.99 percent of us don't understand the lyrics," and that that bothered Ali Khan a little bit. "But I think he also felt that whatever spiritual component that was in the lyrics, it was also in the way he sang it."

And so that's what he focused on.

"He just practiced all the time," Brook says. "He was very, very good. His pitch was incredible, and he thought about singing all of the time, like he really didn't seem to do much else."

In person, Ali Khan was quiet and reserved, perhaps because performing took so much out of him.

"When he wasn't singing, he kind of shut down a bit," Brook says. "He was a quiet person who would naturally gravitate toward the corner of the room. He would talk to people, but he didn't initiate a lot of conversations, and they weren't particularly extensive."

Nusrat Fateh Ali Khan was just 48 when he died in August 1997. His death sparked a nationwide state of mourning in Pakistan. But he left behind hundreds of recordings and concert performances, and DJs all over the world have been sampling his voice ever since.

Nusrat's greatest legacy may have been to shatter the idea of what it means to be a traditional Muslim singer.

"This is what's inspirational, is that you have this extraordinary tradition, and what is important is to continue to make it meaningful given our realities in the moment. And he did that," Grewal says. "Spirituality isn't something that you get from taking a bubble bath and writing in your diary. His voice is the product of years and years of struggling, of studying, reflection. And the beauty of his voice is part and parcel of that."

And for me, his legacy is in the idea that greatness — vocal and otherwise — can never be constrained by borders, or stay stashed in a drawer.