Accessibility links
Confidence In Climate Science Eroding Over Errors Climate scientists are on the defensive after doubt was cast on their objectivity. Most say the evidence for a warming world is still as strong as ever. But some now acknowledge they need to do some housecleaning and improve their public relations skills so skeptics don't glom on to mistakes. 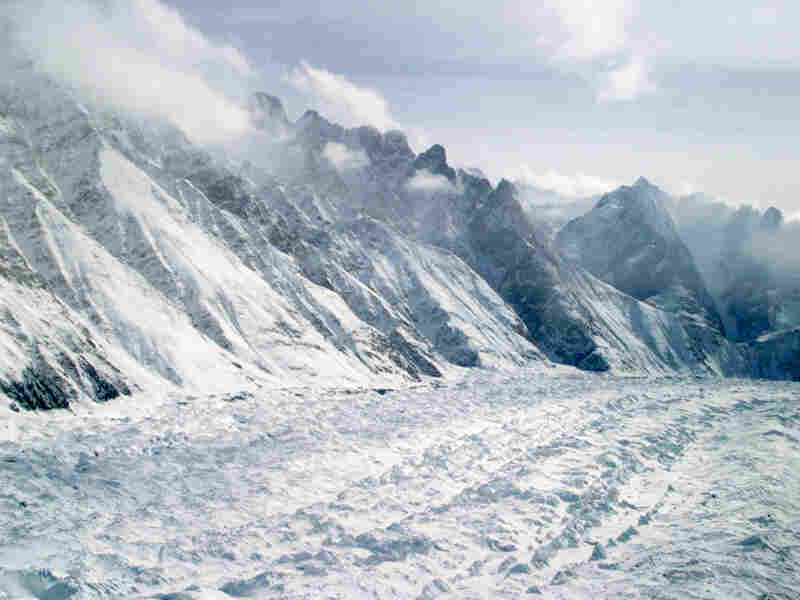 The Intergovernmental Panel on Climate Change, regarded as the world's top climate science institution, reported that Himalayan glaciers could completely melt by 2035. Two numbers were transposed — it should have said 2350. Climate science naysayers cite the error as evidence of bias. Channi Anand/AP hide caption 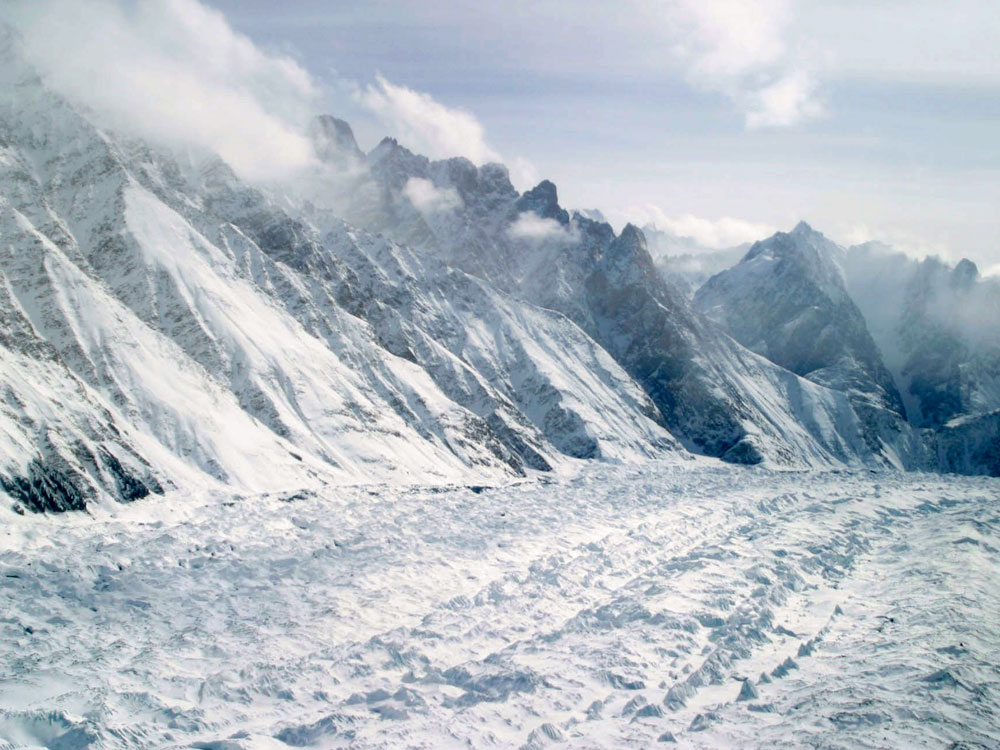 The Intergovernmental Panel on Climate Change, regarded as the world's top climate science institution, reported that Himalayan glaciers could completely melt by 2035. Two numbers were transposed — it should have said 2350. Climate science naysayers cite the error as evidence of bias.

Climate science is on the defensive. The Intergovernmental Panel on Climate Change, regarded as the world's top climate science institution, has conceded it published errors in its reports. This follows the release of hacked e-mails from prominent climate scientists that cast doubt on their objectivity.

Most scientists say the evidence for a warming world is still as strong as ever. But some now acknowledge they need to do some housecleaning and improve their public relations skills.

The IPCC quoted a study that said Himalayan glaciers could completely melt by 2035. Two numbers were transposed — it should have said 2350. As climate skeptics pounced on the mistake, other errors in IPCC reports surfaced, such as the amount of land in the Netherlands that is below sea level. Climate scientists insist these are minor mistakes and that climate change is still a fact.

"What should not happen," says Stern, "is that any individual mistakes, typos — whatever they might be — be taken to undermine the very fundamental record from scientists all over the world that this is a serious and growing problem." 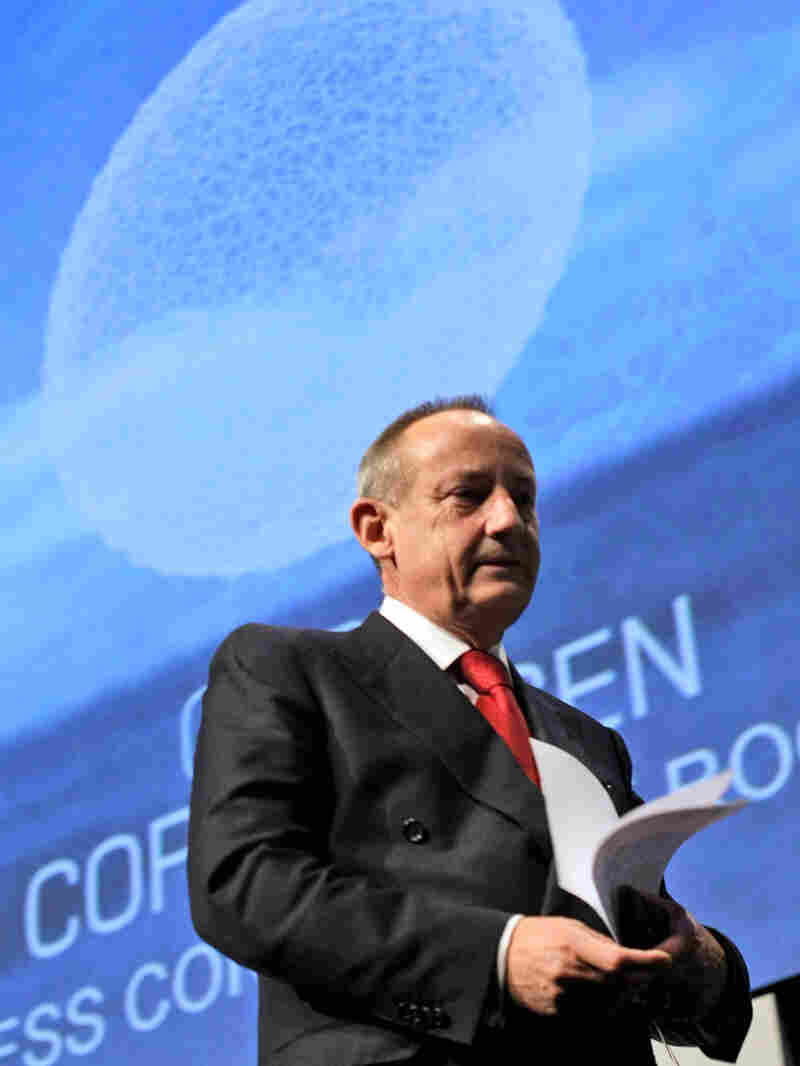 A Call For More Stringent Oversight

Robert Watson, who ran the IPCC for six years, worries that public confidence in climate science has been shaken.

Watson says that means running every bit of research the IPCC collects — thousands of studies from around the world — through even more reviews.

Reports by the IPCC already go through two rounds of outside review. And some, like Steven Hamburg, an ecologist with the Environmental Defense Fund who has worked within the IPCC, believe mistakes are just part of doing science.

"We have to be careful that we don't hold the consensus on climate change that the IPCC represents to a significantly higher standard that we hold all of science," Hamburg says.

Most new science goes through academic journals before the public sees it, though. And journals, says Hamburg, have a way to correct mistakes quickly.

"Every journal has a place in the back for corrections," he says. "Note when you make a mistake, you correct it; if it is not of significance affecting the fundamental conclusions, we move on."

No Forum For Discussion, Correction

The IPCC does not have a forum for public corrections. Its reports come out every six years or so — too slow for corrections, as well as new research. Watson and Hamburg say the organization could fix that by publishing corrections and updates on its Web site.

But then there's the politicking. The United Nations established the IPCC, and member nations must sign off on every word in the reports.

Watson recalls one nightmarish attempt to get bureaucrats to agree on a shorter, more public-friendly version of one report.

"After a day of argument, they gave up on the idea, because some countries took out 10 sentences or 20 sentences, and someone said, 'Ah, no I wouldn't have any of those sentences, I'd pick the following 20 sentences,' " he recalls.

A Time For Reflection, Reassessment?

That's the kind of squabbling that derailed the big United Nations Climate Change Conference in Copenhagen in December. Those deliberations failed, and now the U.N.'s top climate diplomat, Yvo de Boer, is resigning.

Some climate scientists say all of this has put them on the defensive.

Hamburg says it also shows that climate scientists need to communicate a lot better about how they reach their conclusions.

"We've done a poor job of explaining how these things are done," says Hamburg. "So how do we make predictions about the future. How do we understand impacts? How much is empirical so it's direct measurement? How much of it is modeled? How much of it is theoretical?"

And what it does and doesn't mean when scientists make mistakes needs to be explored, as well.