Accessibility links
Obama Unveils Compromise Health Care Deal President Obama tried a new way Monday to jump-start his stalled health care overhaul: He unveiled his own detailed health proposal and put it on the Internet. It's intended as a starting point for a bipartisan health care summit set for Thursday.

President Obama tried a new way Monday to jump-start his stalled health care overhaul: He unveiled his own detailed health proposal and put it on the Internet. It's intended as a starting point for a bipartisan health care summit set for Thursday.

President Obama today tried a new way to jumpstart his stalled health care overhaul. He unveiled his own detailed health proposal and put it on the Internet. It's intended as a starting point for a bipartisan health care summit set for Thursday.

NPR's Julie Rovner tells us what's in it.

JULIE ROVNER: Until now, the president has very much avoided getting bogged down in the details of the various health bills, leaving that to lawmakers on Capitol Hill. But with the entire effort basically at a standstill, the administration decided it needed to get, well, more actively involved. Dan Pfeiffer is the White House communications director.

Mr. DAN PFEIFFER (Communications Director, Obama Administration): We took our best shot at bridging the differences. We think this may take some strong steps to improving the final product.

ROVNER: It's not by any means a new bill. In fact, it's the bill passed by the Senate Christmas Eve with some key changes. A few of those changes were already on the way to being worked out by Democratic congressional leaders just before the election of Republican Scott Brown in Massachusetts deprived Democrats of their 60-vote supermajority in the Senate. Those include things like a scaling back of the excise tax on so-called Cadillac health plans, those are plans with very generous benefits. The president's plan also includes bigger subsidies for middle income individuals who will be required to purchase health insurance under the bill.

A few things are genuinely new. There's far more financial help for states with the new costs in the bill for Medicaid, that's the joint federal-state health program for the poor. And there's a provision to take advantage of the public backlash against a proposal by California's Anthem Blue Cross to raise some of its premiums by as much as 39 percent. A new federal board would oversee such proposals, potentially rejecting such rate hikes. Here's how White House health czar Nancy-Ann DeParle described the board.

Ms. NANCY-ANN DEPARLE (Director, White House Office of Health Reform): It will provide federal assistance and oversight to states in conducting reviews of unreasonable rate increases and other unfair practices of insurance plans.

ROVNER: Now, how that board would co-exist with the authority already in the bill for new health insurance exchanges is unclear. But at his daily briefing, White House spokesman Robert Gibbs offered a pithier reason for its inclusion in the bill.

Mr. ROBERT GIBBS (White House Press Secretary): The American people want someone to be on their side looking in.

ROVNER: The health insurance industry however is not amused by what it sees as politicking at its expense. In a separate conference call with reporters, Karen Ignagni, of the industry trade group America's Health Insurance Plans, says you can't simply look at insurance premiums in a vacuum.

ROVNER: In other words, she said, to take the example to your local car lot.

Ms. IGNAGNI: This would be like capping the price automakers can charge consumers but letting the steel, rubber and technology manufacturers charge the automakers whatever they want.

ROVNER: Critics, of course, point out that unlike automakers, many health insurance companies are earning huge profits these days, even while raising premiums. Still, the president's plan wasn't intended to please the insurance industry. It was intended to reach out to Republicans who will be attending the health summit on Thursday. But it didn't seem to impress any of them. Michigan Congressman Dave Camp is the top Republican on the House Ways and Means Committee. He says the president isn't listening to Republicans and he's not listening to the American people either.

ROVNER: And what do the Republicans want?

ROVNER: Meaning anyone who is thinking Thursday's summit will result in some huge bipartisan agreement should probably think again. 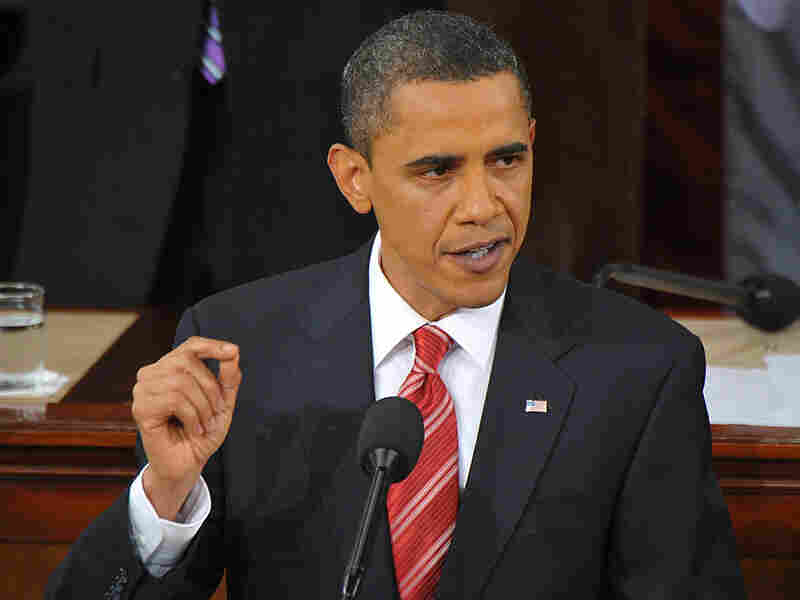 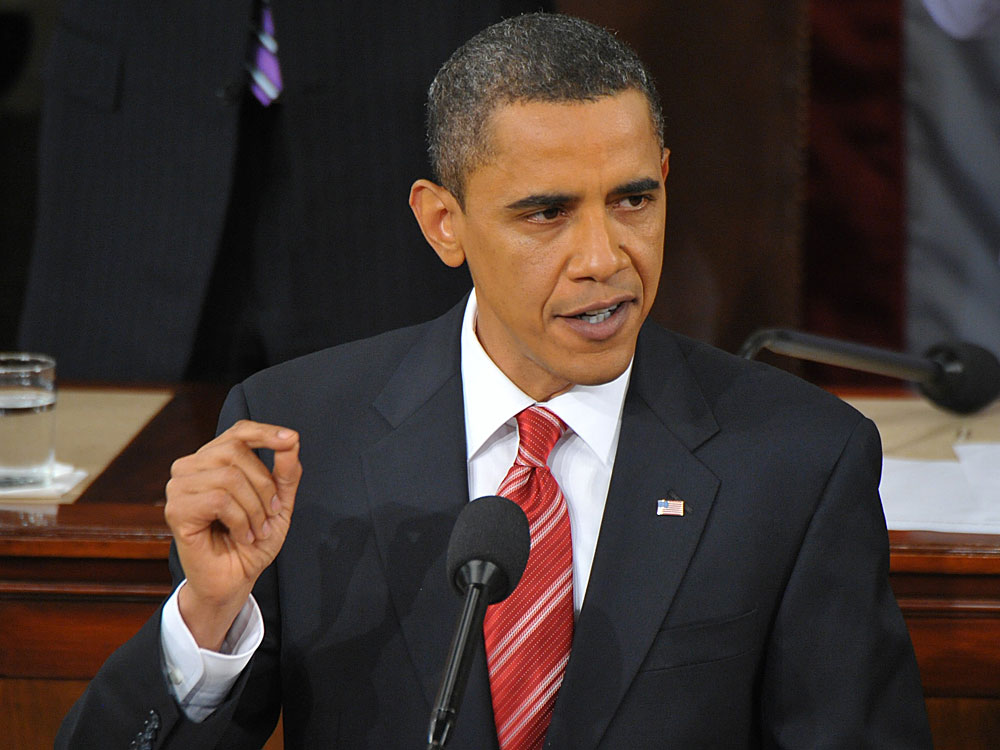 At his first State of the Union address, President Obama vowed to continue pushing for health care legislation. The White House released the president's new legislative proposal that includes tougher oversight of insurers.

President Obama on Monday made a last-ditch effort to salvage his administration's signature issue, unveiling a health care overhaul proposal that would extend insurance coverage to 31 million uninsured Americans and create a government body to monitor jaw-dropping rate increases.

With an eye toward the massive budget deficit, the $950 billion plan contains enough cost-cutting measures and increases in employer and patient responsibility payments to pay for itself, White House officials said. It also promises to reduce the deficit by $100 billion over the next 10 years and $1 trillion over the following decade.

Dan Pfeiffer, White House communications director, said the measure is a modified version of bills passed by the House and the Senate last year, and it incorporates changes suggested by Republican leaders in the intervening weeks.

The president decided to unveil the measure in advance of Thursday's televised bipartisan meeting of congressional leaders to give Republicans — and the public — a chance to review it. The plan was posted on the White House Web site Monday morning.

"We took our best shot at bridging the differences," Pfeiffer said during a conference call with reporters. "It is our hope the Republicans will come together around their plan and post that online prior to the meeting, so that the American people have a chance to look at it, analyze it and be thoroughly informed heading into this meeting."

Obama's plan would create a federal Health Insurance Rate Authority that would have the power to reject or modify premium increases — an idea bolstered by whopping insurance rate hikes in many states. Earlier this month, Anthem Blue Cross of California announced that premiums for some clients would increase by 25 to 39 percent.

The president hammered on the need for the overhaul during his weekly radio address on Saturday, ticking off states where insurance companies have announced "jaw-dropping" rate hikes for some people in recent weeks: California; Kansas, 10 to 20 percent; Michigan, 22 percent; Maine, 23 percent.

"The bottom line is that the status quo is good for the insurance industry and bad for America," Obama said, citing record profits of more than $12 billion for the five biggest insurance companies.

-- Requires most Americans to have health insurance, although it does include federal subsidies to help low-income people afford the premiums.

-- Preserves a tax on so-called Cadillac health care plans, but exempts more of them and phases the tax in more slowly.

On Capitol Hill, Republicans gave the plan a thumbs down. "The president has crippled the credibility of this week's summit by proposing the same massive government takeover of health care based on a partisan bill the American people have already rejected," said House Republican Leader John Boehner of Ohio.

Since his election, Obama has pushed hard for an overhaul of the health care system. Democrats pushed bills through the Democratic Party-controlled House and Senate, despite strong opposition from Republicans. The president and congressional Democrats were on track to remake the system after a half-century of unsuccessful attempts by scores of politicians, until Republican Scott Brown stunned Washington with an upset win in the Massachusetts Senate race, denying Democrats their 60-vote majority and reversing momentum.

On Monday, the White House didn't rule out forcing the plan through the Senate without Republican support through a process called reconciliation — which would require only a simple majority of 51 votes to pass the Senate.

"One thing I want to be very clear about is the president expects and believes the American people deserve an up-or-down vote on health reform. And our proposal is designed to give ourselves maximum flexibility, to ensure that we can get an up-or-down vote, if the opposition decides to take the extraordinary step of filibustering health reform," Pfeiffer said.

Obama urged members of both parties to come to the meeting in good faith. He said the upcoming meeting "is our chance to finally reform our health insurance system so it works for families and small businesses. It's our chance to finally give Americans the peace of mind of knowing that they'll be able to have affordable coverage when they need it most."

With reporting by NPR's Julie Rovner and The Associated Press