Accessibility links
From Israel, A Humane And Honest Look At Life The new Israeli movie Ajami, shortlisted for an Oscar, is filled with the daily collisions of everyday urban life in the the port city of Jaffa. Movie critic John Powers says that the interesting characters and situations that fill Ajami remind him of the HBO series The Wire. 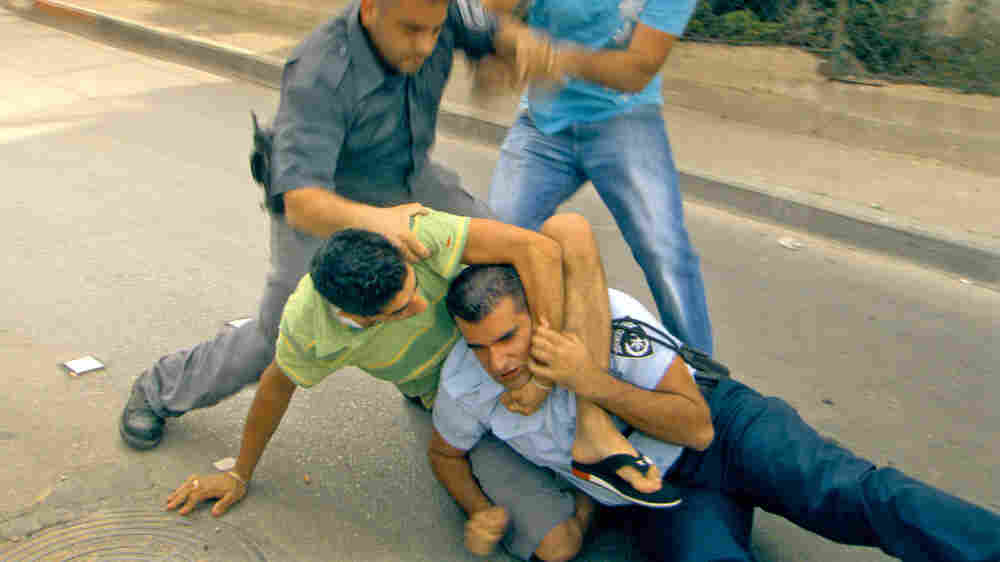 Set in the streets of an ethnically and religiously diverse Jaffa neighborhood, Ajami employs nonprofessional actors to depict stories of crime, tragedy and love in a place where enemies live side by side. Kino International hide caption

In Arabic and Hebrew with English subtitles

'God Wanted Us To Shoot First'

Every American journalist knows that one topic that always gets you in trouble is Israel — even if you're just reviewing movies. Over the years, I've gotten letters calling me pro-terrorist and anti-Semitic, a dupe of the Israel lobby and a Zionist racist, not to mention a coward who believes in moral equivalence. For a great many Americans, there's only one true position on Israel, only one righteous side.

In Israel itself, people know better. A wonderful example of this is the gripping new film Ajami, which was written and directed by Scandar Copti — an Arab Israeli — and Yaron Shani, an Israeli Jew. The movie takes its name from its setting, the Ajami neighborhood in the port city of Jaffa, which is something of a bumper-car rink filled with daily collisions between Israeli Jews, Israeli Arabs — both Muslim and Christian — and Palestinians who've entered the country illegally.

Ajami begins with Bedouin gangsters gunning down a teenager on the street — by mistake. You see, the killers thought they were shooting a young man named Omar. Omar himself had done nothing wrong, but his uncle had shot a Bedouin extortionist, and in this neighborhood everything is ultimately and inescapably familial and tribal. Guilt by association is one of life's givens.

As this beginning suggests, Ajami is a tale suffused with grit, the endlessly ramifying mess of urban life. Yet Copti and Shani steer clear of the plodding linearity that can make realism so deadly. In fact, the plot is something of a brainteaser. Told in five chapters, this tale of crime and revenge shuffles past and present a bit like Pulp Fiction, although it creates a far denser world than Quentin Tarantino's. There are scads of characters, including the Muslim Omar; his Arab Christian girlfriend, Hadir; his friend Binj, a charming Arab doper with a Jewish girlfriend; a sweet-faced Palestinian illegal, Malik; and an explosive Jewish cop, Dando, whose brother has gone missing from the Israeli army. 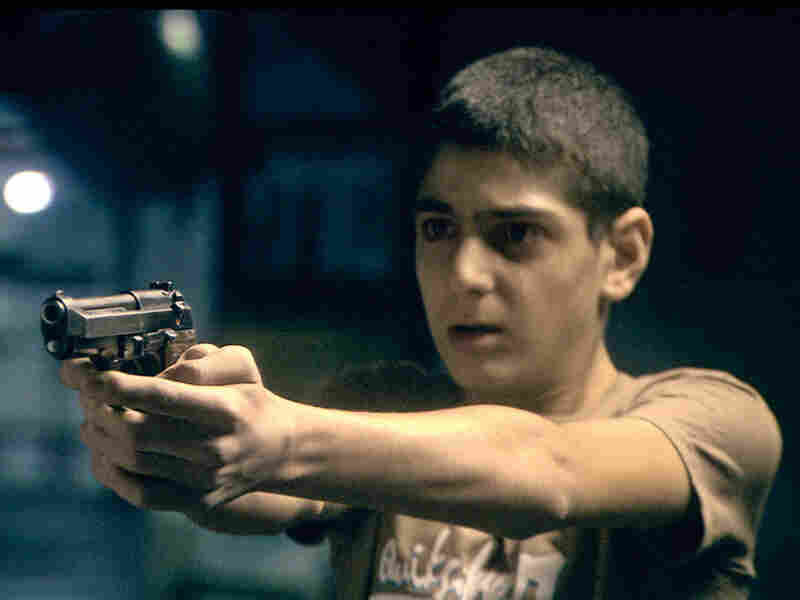 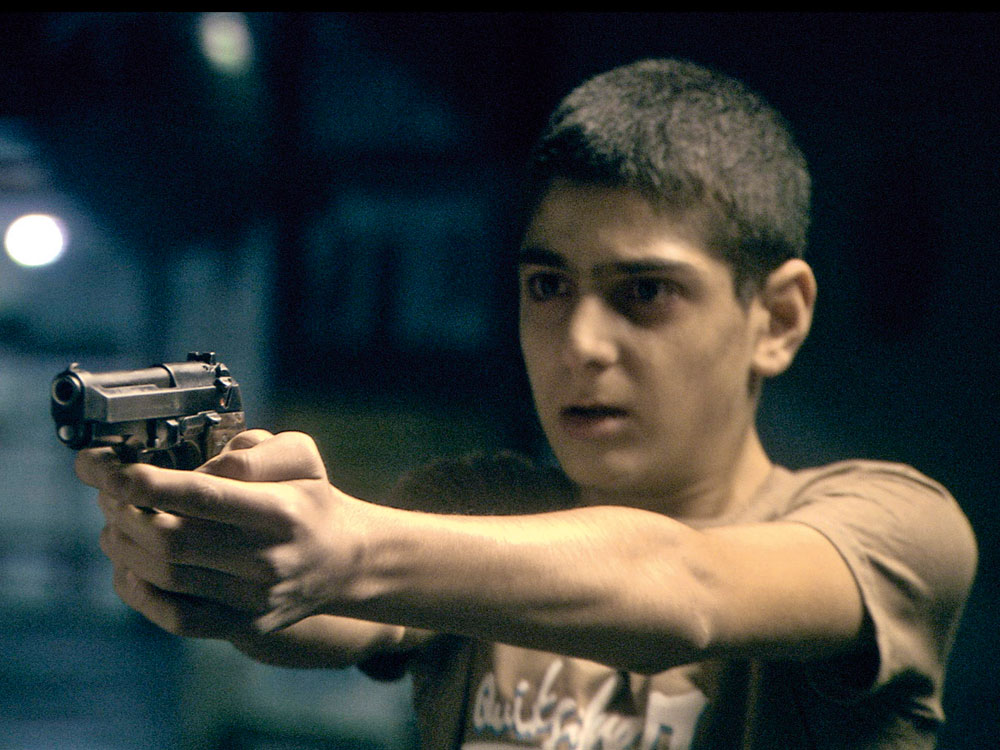 Thirteen-year-old Nasri (Fouad Habash) gets caught up in the violence between warring families.

The neighborhood is so packed with interesting characters and situations that it reminded me of the HBO series The Wire. I kept thinking that Ajami would be even better, and less schematic, if it could run for 10 or 12 hours and give its characters a bit more room to breathe. As it is, Copti and Shani do a nice job of capturing the texture of life, be it Omar and Hadir's secretive flirting, Binj cracking up his pals with a goofy dance, or the terrific scene when a local Arab judge negotiates how much Omar must pay the Bedouins so they won't kill him and his family in reprisal for something that everyone agrees wasn't remotely their fault.

Of course, to get this money, Omar is driven into crime that will breed further violence. And so it goes: Kids and crooks, cops and restaurateurs — everyone's held hostage by what's happened before, which is essentially how Israeli and Palestinian politics play out to this day. Every action, however bad, is justified as a response to something bad that happened earlier, all the way back to an original sin that happened decades or even millennia ago. I think that's one reason why Copti and Shani have chosen to tell their story out of chronological order. By muddying the lines of causality — so-and-so did this because somebody else did that first — the movie avoids the logic of blame in order to reveal the horror of entrapment. 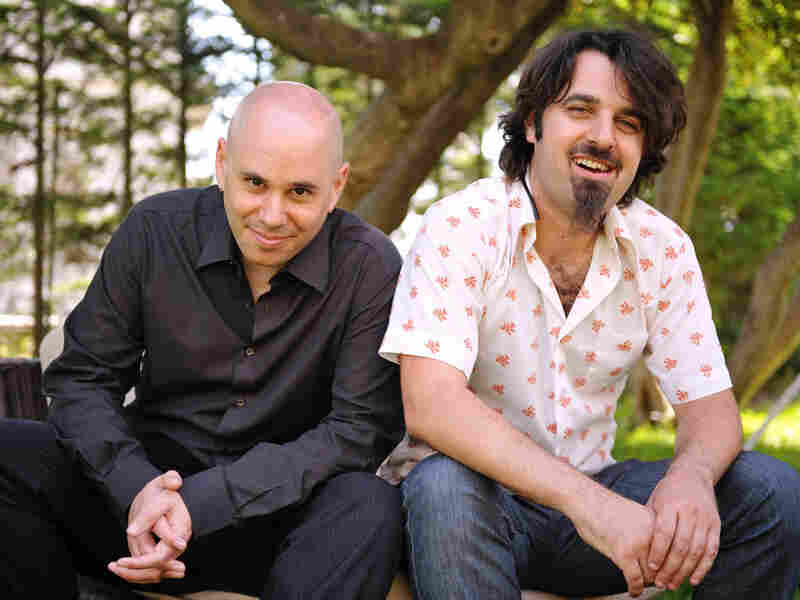 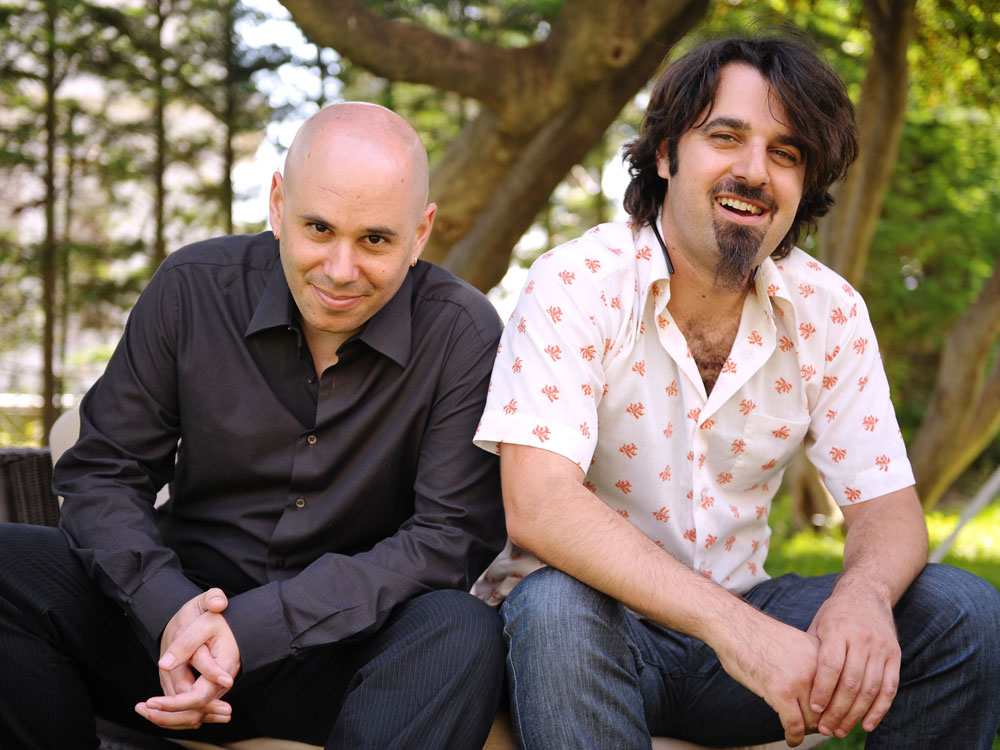 Yaron Shani (left) and Scandar Copti — best friends and co-directors — spent eight years making Ajami. Copti is a Palestinian citizen of Israel, who grew up in the Ajami neighborhood. Shani is an Israeli Jew.

In the process, Ajami offers a portrait of Israeli life that's both harder-edged and bleaker than American accounts of Israel — or, to be frank, American accounts of America. With a compassionate sense of human frailty, it depicts a society in which even the most decent people are imprisoned in social identities they didn't freely choose and find themselves inexorably pushed toward a thuggishness that isn't natural to them.

It's a dark, unsparing vision, yet what makes watching bearable, even pleasurable, is Copti and Shani's humane intelligence. They step outside the infinite regress of attack and reprisal to show us the tragic reality of characters, none perfect but none monstrous, who live knee-deep in the swamp of history. And in this swamp, Ajami makes clear, everybody has his reasons and nobody can be completely clean. It's a thought worth remembering, especially for those who specialize in writing angry letters.