Accessibility links
Movie Review - 'Prodigal Sons' - Changed By The Journey, But Headed Home Filmmaker Kimberly Reed — born Paul McKerrow — documents her return to the Montana town she grew up in, and the estranged adopted brother she left behind. Prodigal Sons chronicles Reed's reunion with the friends who once knew her as Paul, but the focus is on her effort to reconnect with her brother — and on his own extraordinary transformations.

Changed By Their Journeys, But Headed Home

Changed By Their Journeys, But Headed Home 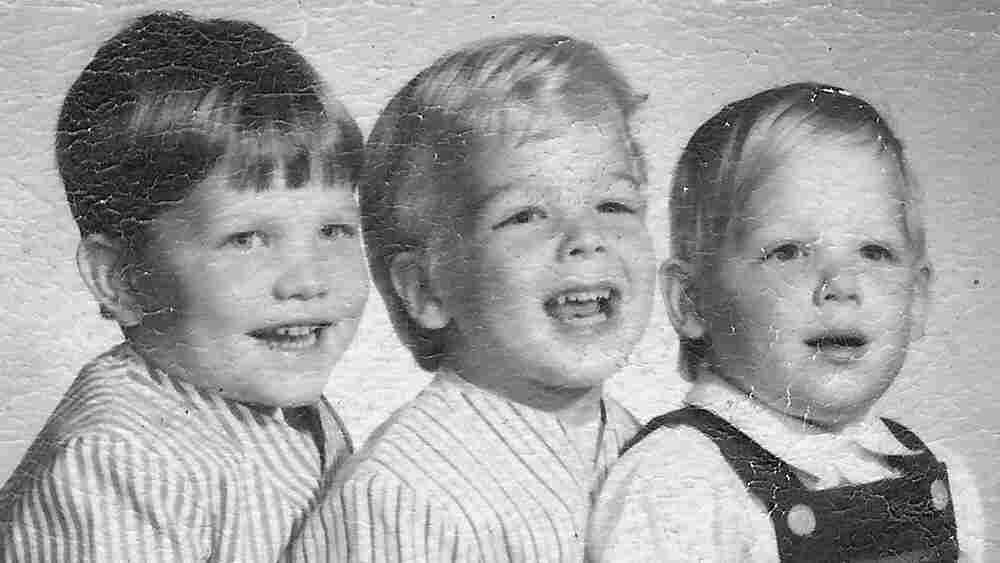 Growing Pains: Prodigal Sons tells the story of a renewed relationship between Marc McKerrow (left) and filmmaker Kimberly Reed (born Paul McKerrow, center, with youngest brother Todd at right). In it, Marc McKerrow, who was adopted, goes in search of his biological parents while Reed documents his search. First Run Features hide caption

'Estranged For More Than A Decade'

Filmmaker Kimberly Reed's life offers plenty of material for a documentary: At the beginning of Prodigal Sons, she returns to Montana for a reunion at the high school she attended — as her previous self, Paul McKerrow.

Yet Reed's personal transformation isn't the central story of this intriguing saga. When they were kids, Paul continually overshadowed his adopted older brother, Marc. In Prodigal Sons, it's Marc who does the upstaging.

Although she always felt female, Kim didn't always expect others to accept that. She's mostly avoided the people she knew as Paul, with the exception of her mother and her gay younger brother. (Kim's father is dead.) When the film's narrative begins, Kim has kept her distance from Marc for a decade.

But Marc will be there at Kim's 20th high school reunion; because Marc was held back in preschool, he and Kim were in the same class throughout their school careers.

Beefy, balding Marc has also experienced a sea change. When he was 21, he suffered a severe brain injury in a car crash. Despite the array of pills he consumes, he's subject to seizures and mood swings.

(The injury, though, may not be the only cause of Marc's rages. Home movies show him as a volatile child, and a fictional short directed by Paul as a boy starred Marc as "the crazy kid." It seems to have been typecasting.) 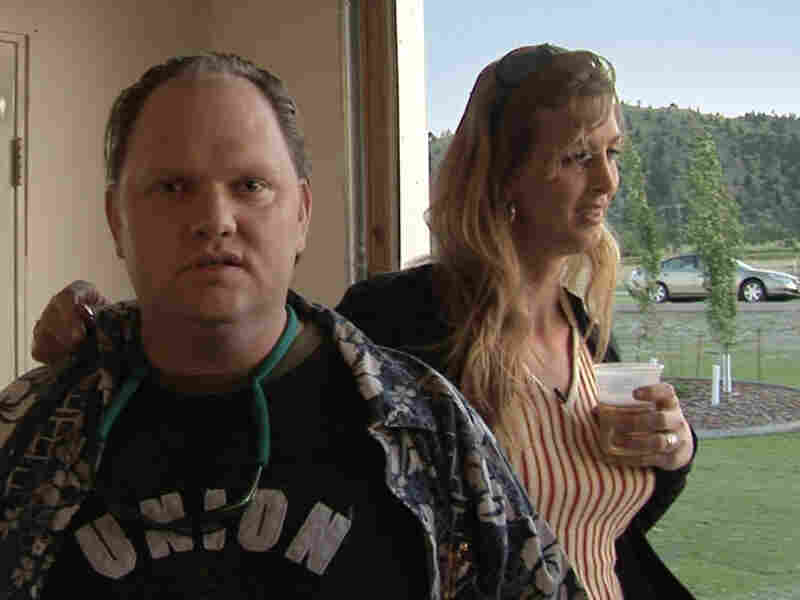 Memory Lane: After a 10-year estrangement, the filmmaker and her older brother reunite for their 20-year high-school reunion. First Run Features hide caption 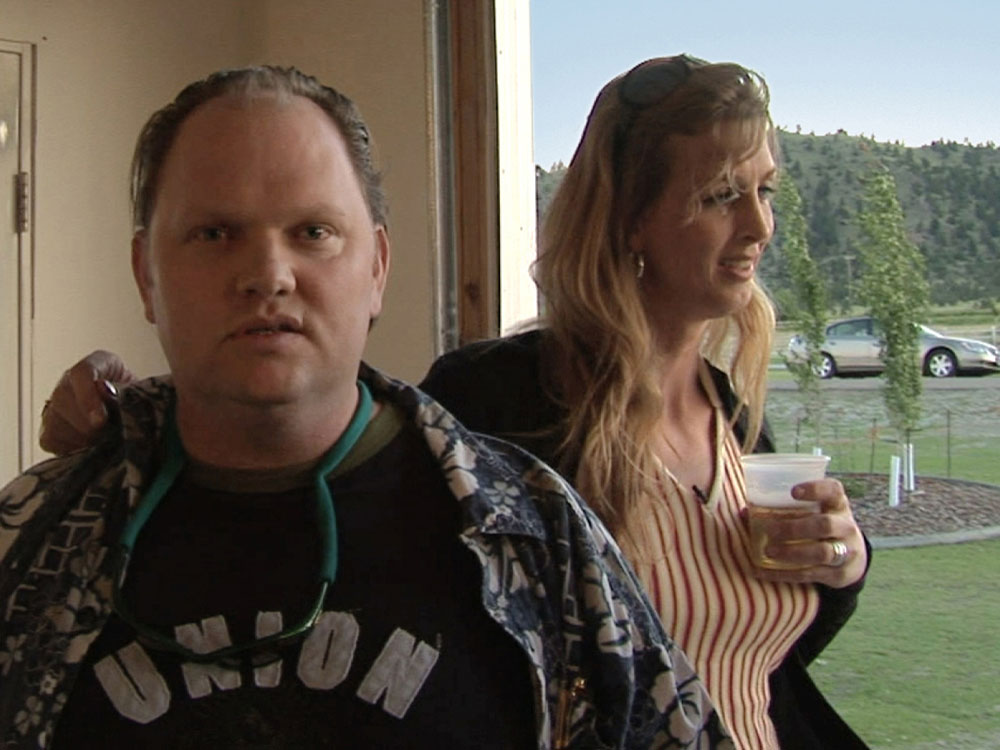 Memory Lane: After a 10-year estrangement, the filmmaker and her older brother reunite for their 20-year high-school reunion.

The reunion goes well: Paul's old pals accept Kim and her girlfriend, Claire. "All of us have changed," one classmate obligingly notes. A formerly close friend ends a tale of one of Paul's automotive mishaps with a good-natured sexist dig: "I didn't know she was a woman driver at the time."

Before Kim returns to New York, Marc grabs the spotlight with a tantrum — but that's a tiny drama compared to the next development, recounted by a TV news report: In the search for his birth parents, Marc learns that he's the grandson of Orson Welles and Rita Hayworth. That makes him Welles' only known grandchild.

Suddenly Welles begins to haunt the film. Clips of the actor-filmmaker appear, and the physical resemblance to Marc is obvious. Less clear-cut, but naggingly plausible, is the psychological inheritance; Welles was never known as easygoing. 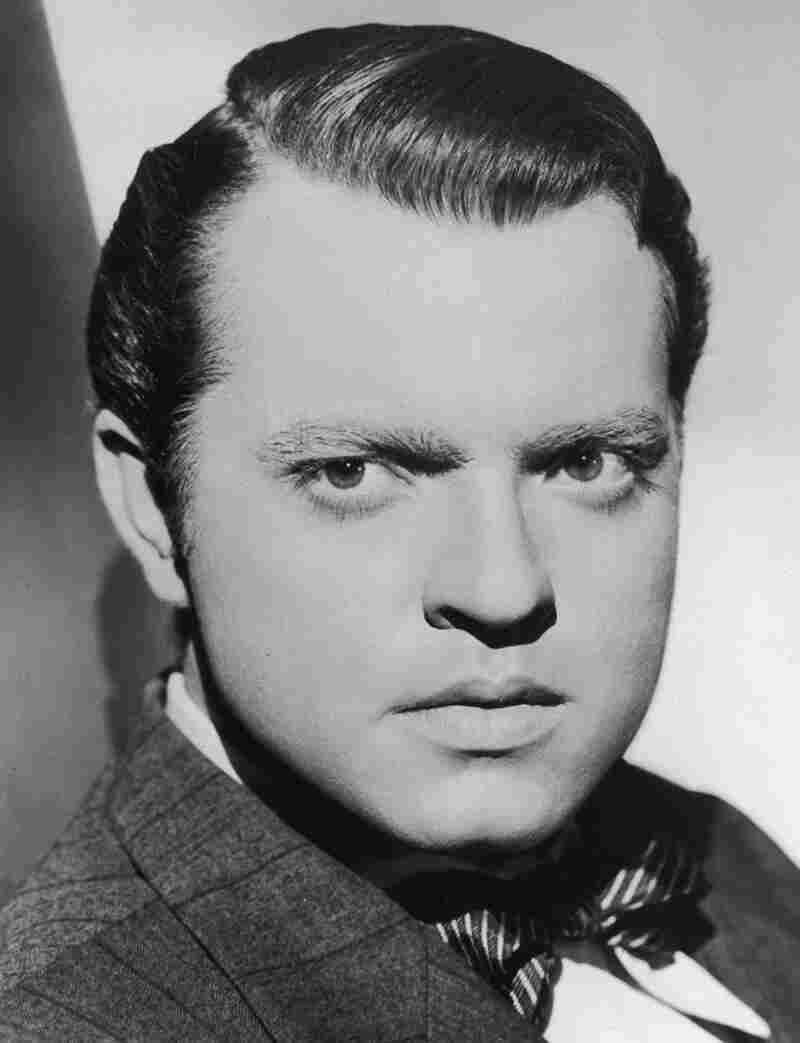 Marc McKerrow's discovery that he's the only known grandchild of Orson Welles (above) and Rita Hayworth sparks a shift in his sense of identity that's as dramatic in its own way as Reed's. Hulton Archive/Getty Images hide caption 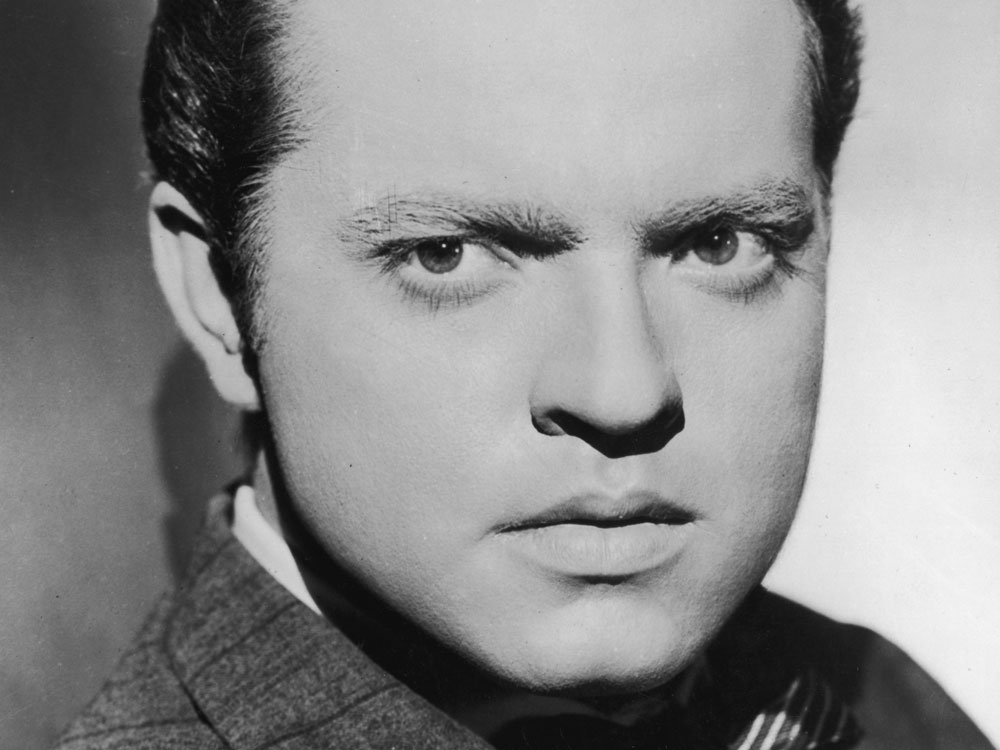 Marc McKerrow's discovery that he's the only known grandchild of Orson Welles (above) and Rita Hayworth sparks a shift in his sense of identity that's as dramatic in its own way as Reed's.

With his babyish face, self-absorption and penchant for sudden fury, Marc suggests Welles without the talent — although he is a natural at the piano, a gift he may have inherited from his great-grandmother, Beatrice Ives Welles.

From there Prodigal Sons becomes mostly about Marc's journey of self-discovery, which takes him on a happy jaunt to Croatia (to meet Welles' longtime lover, Oja Kodar) but also into deep psychological turmoil. Kim is there for much of it, and her own identity periodically becomes an issue.

Like most first-person documentaries, Prodigal Sons would sometimes benefit from a broader context. Little is revealed about Marc's mother, Rebecca Welles, and nothing about his father. And while Kim does include some conversations about her male-to-female transition, the subject is handled glancingly. On that topic, Kim appears to be guarding as much as she reveals.

The movie is a curiosity, of course. Both Marc and Kim have decidedly unusual life stories. But it's also a poignant tale with vivid details, such as the siblings' battle over old family photos: While Marc treasures images of his childhood, Kim doesn't like people to see pictures of Paul. As Prodigal Sons demonstrates, the past can assert itself in powerful and unexpected ways.