Consumer Reports ranked the Toyota Prius the 2010 Green Car of the Year despite a recall from the world's No. 1 automaker. David Champion, senior director for Consumer Reports' Auto Test Center, discusses the process behind the rankings.

And a review out today from Consumer Reports magazine may help to rebuild Toyota's professional reputation. The nonprofit has released its annual spring auto issue and Toyota, despite all its troubles, ranks third among the automakers for performance, comfort, utility and reliability - that is right where it was last year. The 2010 Toyota Prius is the magazine's pick for most environmentally friendly car, despite its recall issues. David Champion is senior director for Consumer Reports' Auto Test Center and I asked him why the recalls didn't seem to affect the magazines rankings.

Mr. DAVID CHAMPION (Senior Director, Auto Test Center, Consumer Reports): Every manufacturer puts out recalls, I think there are over 500 recalls last year on vehicles. So, this is something that we think the manufacturer should be encouraged to do and not to cover up. In many ways, we think recalls are good for the consumer, that they get the problems fixed as soon as possible.

SIEGEL: Do recall issues, though, ever make new-car ratings appear premature to you in hindsight? That is, if we had known that there would be a few dozen complaints about this model of Oldsmobile, we wouldn't have said nice things about it?

Mr. CHAMPION: When you look at recalls, there are a relatively small number of vehicles that it covers, except for this Toyota issue which covers over five million vehicles in terms of the pedal entrapment with the floor mats. So, if it's a very large recall, we would think that we would see that in our reliability data before the recall comes out. But with the pedal entrapment and the sticking throttle pedal, it was such a small number of vehicles that were affected out of the vast number that Toyota sold that it didn't appear in our reliability ratings.

SIEGEL: And when you rate all of the models produced by an auto company, corporate candor, or for that matter solvency, are not questions that you address in your ratings, I assume?

Mr. CHAMPION: No, we're just looking for the - what the consumer really needs to know. So, we're trying to give them as much information as we can based on our testing at the test track, the reliability from the subscribers of Consumer Reports, and also from the crash tests to make sure that those vehicles are a safe vehicle for people to buy.

SIEGEL: Consumer Reports is, I think, a unique institution. It is completely nonprofit, doesn't take advertising. How do you test the cars? Tell us about your methods.

Mr. CHAMPION: Well, we actually go out and buy all the cars anonymously from dealers in the area. We make sure that that car comes back to the track, we check it over thoroughly and then put about 2,000 miles on in general driving, so we get a real idea of how it works in everyday life. And then we put it through a battery of over 50 different tests. And during that time we put on maybe 6,000-8,000 miles and we keep the car for maybe six months or so. So, we really get to know the car before we write the report that goes into Consumer Reports.

SIEGEL: Car ratings are, of course, relative to the car the other new cars in a given year. But if you were to do a longitudinal analysis of what's happened to cars, say, over the past 10 or 20 years, are they getting better? Do they generally fair better in all your tests? Are they staying the same, getting worse? What would you say?

Mr. CHAMPION: Cars are getting incredibly better. The way they drive, they're so comfortable, quiet, the emergency handling, the braking has also improved. Fuel economy has proved. The overall performance is improved. So, from the actual car performance, they're getting better and better. From the reliability, we see year after year, decrease in the number of problems with the vehicles. So, cars are getting even more reliable.

SIEGEL: And now, I'll let you share with our audience the news that I'm sure they're all waiting to hear, the single top-rated model of all cars, you say, is the...

Mr. CHAMPION: It's the Lexus LS 460. It's a beautiful car, incredibly trimmed, comfortable, very quiet. And a lot of the controls are very intuitive to use. And it also gets 21 miles per gallon, which is about the same as a V6 family sedan.

Mr. CHAMPION: I wish I could afford one.

SIEGEL: Thanks a lot for talking with us. David Champion, senior director for Consumer Reports' Auto Test Center.

Mr. CHAMPION: Thank you very much. 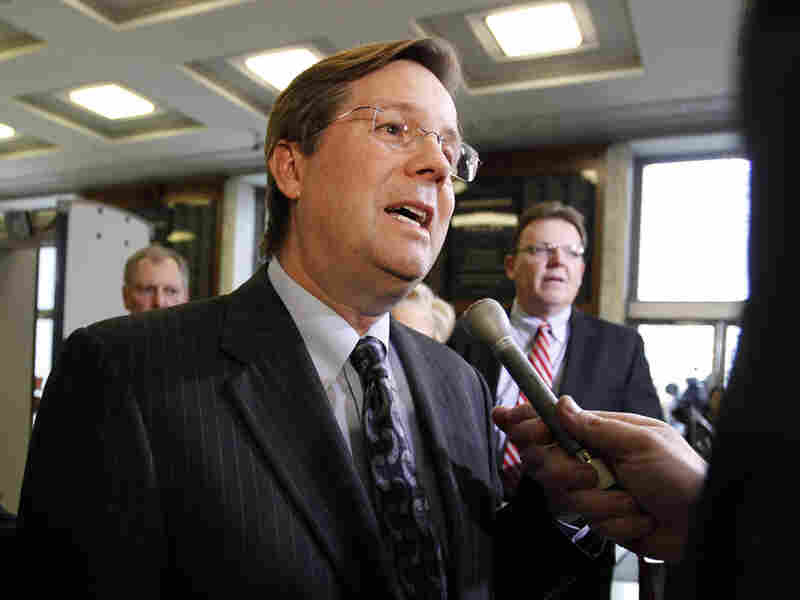 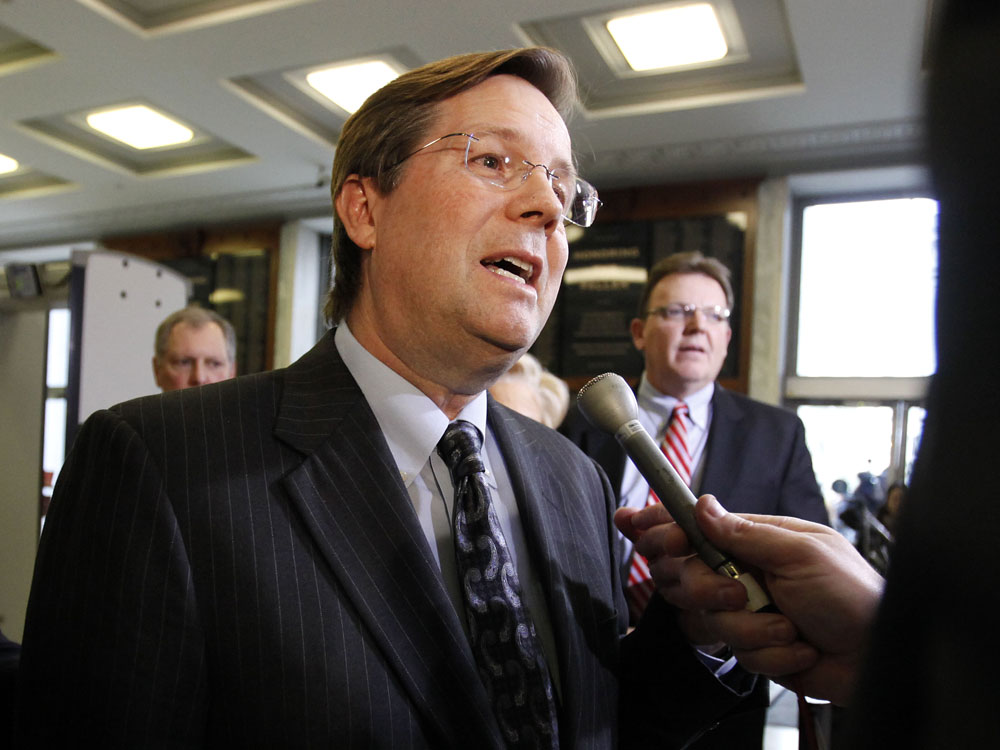 Toyota's massive recall involving some of the country's best-selling vehicles may "not totally" resolve the problem of unintended acceleration, the head of Toyota's U.S. operations told a House panel Tuesday.

James Lentz, president of Toyota Motor Sales USA, said company engineers have identified two mechanical problems that cause unintended acceleration: loose floor mats that entrap accelerator pedals, and pedals that stick because of wear. Dealerships are working around the clock to make repairs, he said.

But under questioning by California Democrat Henry Waxman, Lentz admitted those two fixes may not solve all sudden acceleration problems.

"We are vigilant, and we continue to look for potential causes," Lentz told members of the House Energy and Commerce Committee.

NPR's Brian Naylor Reports On Toyota's Testimony At The Hearing

Earlier Tuesday, Lentz maintained that electronic controls were not an issue in the sudden acceleration of vehicles that led to a massive recall, despite criticism from lawmakers and emotional testimony from a Tennessee woman about a harrowing six-mile ride in a runaway Lexus.

And he was adamant that electronic controls have been tested and retested, and no problems have been found. "We have done extensive testing of this system and have never found a malfunction that caused unintended acceleration," Lentz said.

Lentz said the company is confident that "fail-safe mechanisms" in the cars were designed to shut off or reduce engine power "in the event of system failure."

But Waxman, the Energy and Commerce Committee's chairman, scoffed at the company's insistence that electronics were not a possible cause, and said Toyota should have investigated more thoroughly.

Waxman also took the government to task for not doing enough. "Toyota failed its customers, and the government neglected its responsibilities," he said. 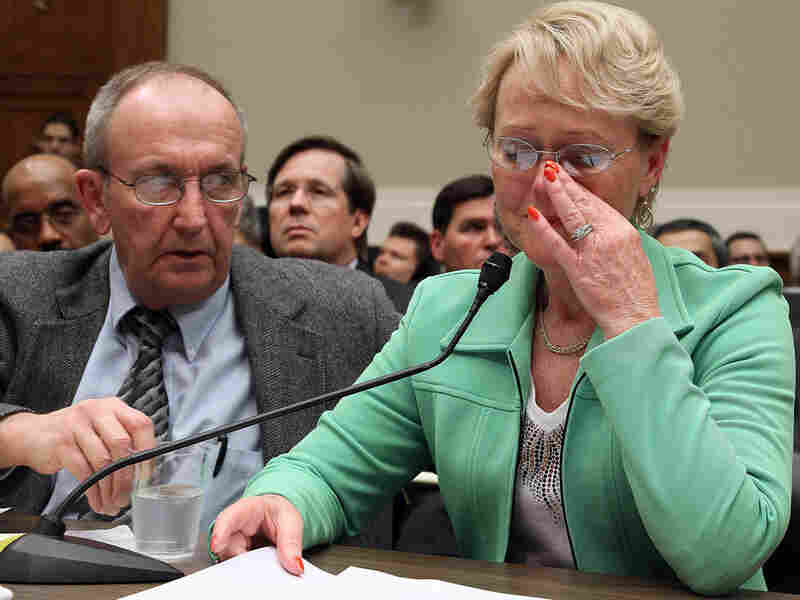 Eddie and Rhonda Smith of Sevierville, Tenn., testify Tuesday about a near-miss in her runaway Lexus in October 2006. Mark Wilson/Getty Images hide caption 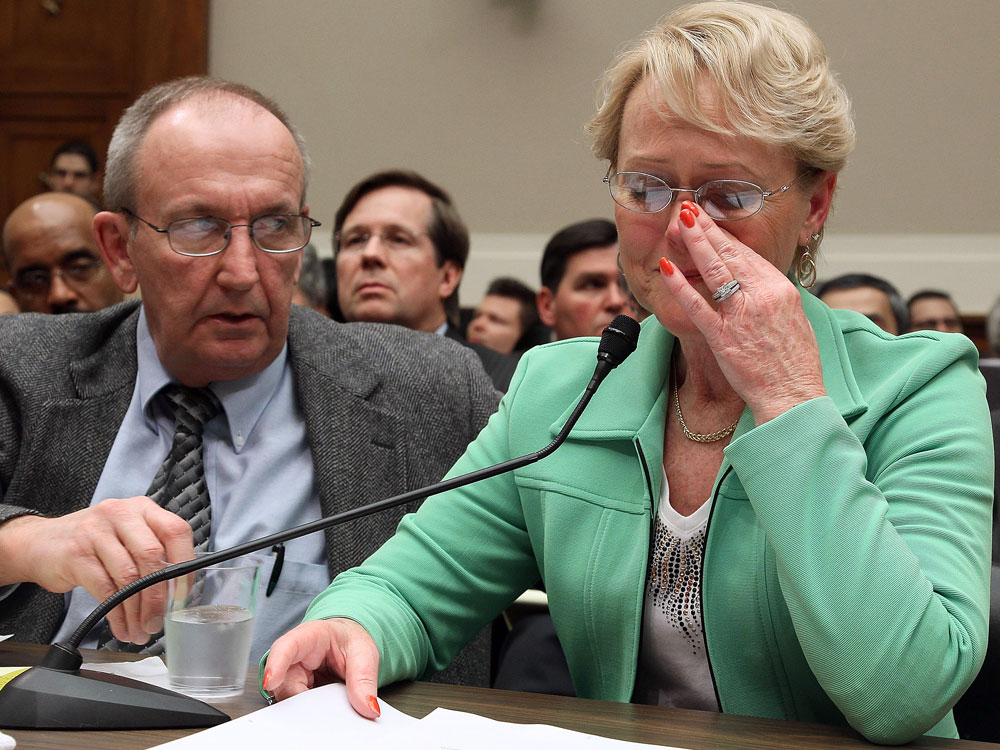 Eddie and Rhonda Smith of Sevierville, Tenn., testify Tuesday about a near-miss in her runaway Lexus in October 2006.

Three congressional committees are now investigating Toyota's problems, and numerous lawsuits have been filed. In addition, federal prosecutors have launched a criminal investigation into Toyota Motor Corp.'s safety problems, and the Securities and Exchange Commission is probing what the automaker told investors, the company disclosed Monday.

Rep. Bart Stupak (D-MI), chairman of the House Energy and Commerce Committee's investigative subcommittee, said the panel's review showed Toyota received as many as 2,600 complaints of runaway vehicles through its telephone hotline alone. More than 700 of the complaints involved accidents.

Southern Illinois University Professor David Gilbert challenged Toyota's findings that electronic panels could not be involved, saying he was able to generate sudden acceleration in a Toyota vehicle that left no evidence in the vehicle's computer system.

Retired social worker Rhonda Smith testified about a near-accident in her runaway Lexus in October 2006. After entering a freeway near her Sevierville, Tenn., home, Smith said the car began to accelerate, zooming down the highway at 100 mph as she tried in vain to get the car to stop.

She testified that she called her husband on the car's Bluetooth system, believing it would be the last time she would ever hear his voice. "After six miles, God intervened. As the car came very slowly to a stop, I pulled it very slowly to the left median," she said.

Smith said she did not believe floor mats were the cause of her unintended acceleration.

Lentz apologized for the company's slowness in addressing safety issues in some models and pledged to redouble commitment to quality control during the first of three congressional hearings on problems that have led to massive recalls.

"In recent months, we have not lived up to the high standards our customers and the public have come to expect from Toyota," he said. "Put simply, it has taken us too long to come to grips with a rare but serious set of safety issues, despite all of our good-faith efforts." 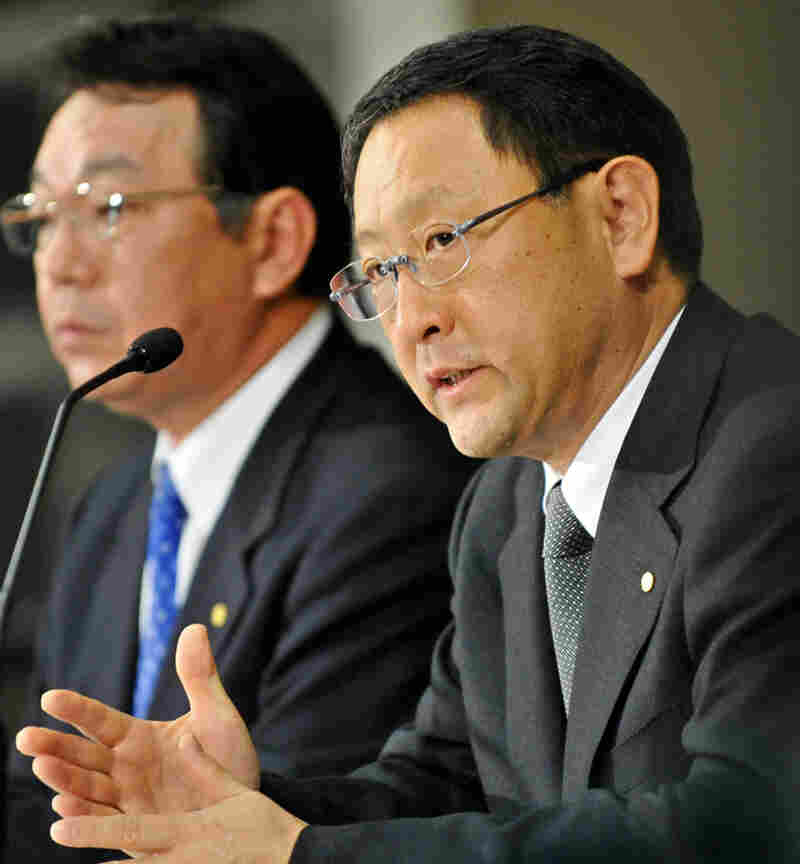 Stupak accused the company of putting profits ahead of customers and misleading drivers about safety. "Toyota all but ignored pleas from consumers to examine sudden, unintended acceleration events," Stupak said. "They boast in a briefing of saving Toyota $100 million by negotiating a limited recall."

Toyota President Akio Toyoda, who is set to testify at a separate hearing Wednesday, issued a statement taking full responsibility for the company's failures.

"We pursued growth over the speed at which we were able to develop our people and our organization. I regret that this has resulted in the safety issues described in the recalls we face today, and I am sincerely sorry for any accidents that Toyota drivers have experienced," said Toyoda, grandson of the company's founder.

Toyota has recalled more than 8 million vehicles worldwide — more than 6 million in the United States — since last fall. People with Toyotas have complained of their vehicles speeding out of control in their efforts to slow down, sometimes resulting in deadly crashes.

Transportation Secretary Ray LaHood told the House panel that problems with Toyota's electronic controls could not be ruled out.

He said a department investigation includes the possibility that interference with electronics did play a role in sudden acceleration.

"Although we are not aware of any incident proven to be caused by such interference, NHTSA [the National Highway Traffic Safety Administration] is doing a thorough review of that subject to ensure safety," LaHood said in prepared testimony. "If NHTSA finds a problem, we will make sure it is resolved."

Lentz said 1,500 U.S. dealers are in the midst of completing repairs to recalled vehicles, and some are staying open 24 hours every day of the week.

About 100 Toyota dealers planned to be in Washington this week to lobby Congress. They're concerned that lawmakers will scare their customers and further drive down sales. They maintain that other carmakers also have had complaints about unintended acceleration.

Dealerships across the country are retrofitting the gas pedals on millions of Toyota vehicles. Robert Boch, who co-owns Boston's Expressway Toyota with his brother, said the recall effort so far has been going smoothly.

Despite the growing controversy, Consumer Reports' annual auto issue ranked the Toyota Prius and the Honda Fit as the best new car values of the year, beating out more than 280 other models.