Accessibility links
Tax Status Of Lawmakers' Religious Refuge Disputed The C Street Center is a religious organization based in a townhouse on Capitol Hill. The townhouse has been home to several members of Congress. A group of ministers has filed a complaint with the IRS alleging that the organization is falsely labeling itself a tax-exempt religious establishment. 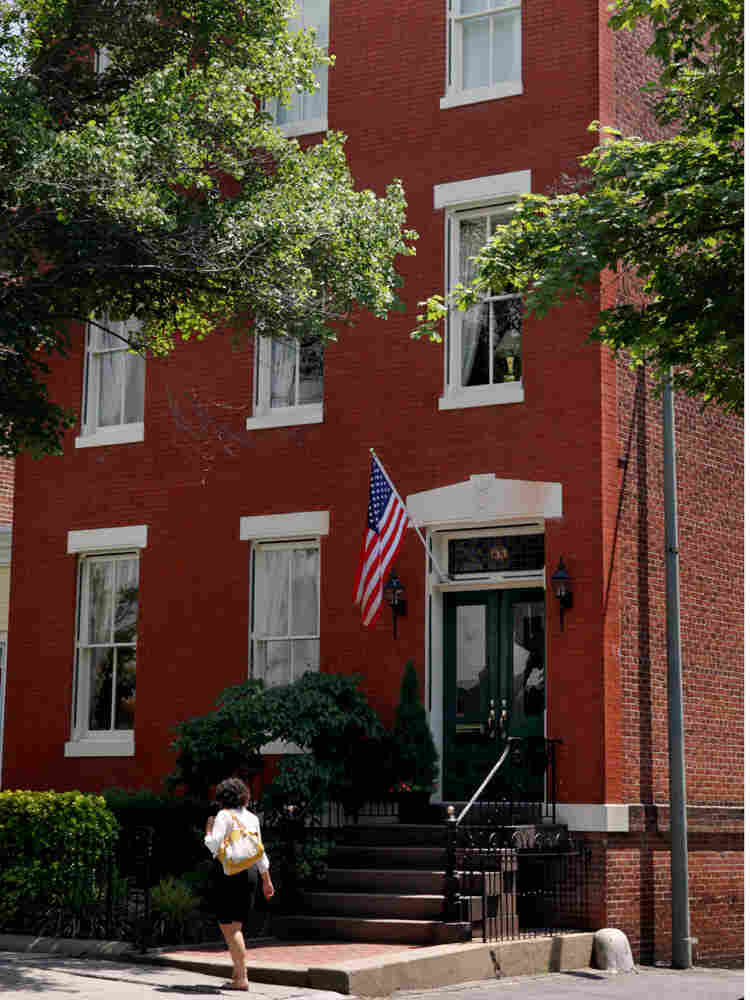 Tucked on the edge of the Capitol complex, the C Street Center has functioned as a shield for the lawmakers who live and pray there. Jacquelyn Martin/AP hide caption 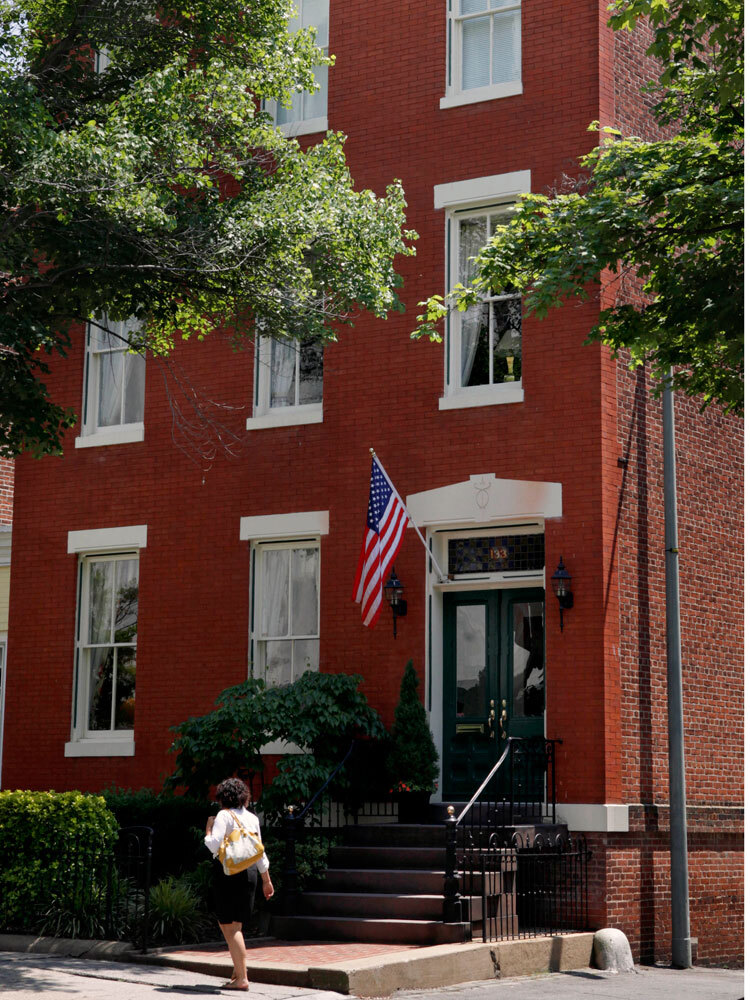 Tucked on the edge of the Capitol complex, the C Street Center has functioned as a shield for the lawmakers who live and pray there.

The three-story, brick townhouse at 133 C Street SE sits a half-block from the Cannon House Office Building, roughly three blocks from the Capitol — the home-away-from-home for a regular contingent of fundamentalist Christian members of Congress, who can pray in the living room and walk to work.

The C Street Center, which owns the 1880 vintage townhouse, claims status as a church. And as with other religious organizations, the IRS takes the center's word that it is a church. As a result, the center doesn't have to file public tax returns, as most nonprofit organizations must do.

The arrangement fits the C Street Center's practically invisible public presence. But now a group of 13 ministers has asked the IRS to revoke that church status.

Their complaint, delivered to the IRS on Tuesday, says: "An organization whose chief activity is providing room and board to members of Congress is not a church." It cites a list of 15 factors that the agency considers in granting church status.

"Is there public worship?" said the leader of the group of ministers, Pastor Eric Williams of the North Congregational United Church of Christ in Columbus, Ohio. "Is it open to the public? Are there trained leaders who serve the church? C Street really has none of those marks that make it a church."

And if it is not a church, Williams says other questions come up — like whether the C Street Center's fundraising and other activities meet the requirements for 501(c)(3) charities.

NPR couldn't call the center for an interview, because it doesn't reveal its phone number — or numbers for lawyers or other contacts — on property records, other public documents or, seemingly, any other documents.

The townhouse would likely go unnoticed, except that its denizens keep popping up in embarrassing news stories.

South Carolina Gov. Mark Sanford lived there when he was a Republican member of the House. Last June, he got caught going to visit his mistress in Buenos Aires. Sanford held a tearful news conference, where he said he'd turned back to C Street for help.

"I was part of a group called C Street when I was in Washington," he said. "It was a — believe it or not — a Christian Bible study, some folks that asked members of Congress hard questions that I think were very, very important. And I've been working with them."

Then, three weeks later, Leisha Pickering filed an alienation-of-affections lawsuit against the mistress of her husband, Mississippi Republican Chip Pickering. Leisha Pickering alleged that the pair carried on a home-wrecking affair while he was in Congress and living at the C Street house.

And then, in November, two Republican senators associated with C Street drew still more publicity to the house.

Nevada Sen. John Ensign owned up to an affair with a staffer. And Sen. Tom Coburn of Oklahoma said he had been a go-between as Ensign and the woman's husband fought over a financial settlement. Coburn defended his actions in an interview on the ABC program This Week, saying, "Look, my whole goal in this thing was to bring two families to closure of a very painful episode."

While the vast majority of lawmakers who stay at C Street are Republicans, regardless of party, they are all followers of an intimate, high-powered — and some say closed — Christian network.

And they belong to House and Senate prayer groups at the Capitol. Those groups are organized by the Fellowship Foundation, a $19 million entity that builds alliances of leaders "led by God," as it said on a 2005 federal tax return. The Fellowship Foundation also organizes the annual National Prayer Breakfast, where every president since Dwight Eisenhower has spoken.

As recently as 2006, the Fellowship Foundation's tax return listed the C Street Center as a "related organization." But in an interview Tuesday, foundation President Richard Carver said he's been to 133 C Street only once, and that was six years ago.

He drew a bright line between the Fellowship and C Street. "There are members of Congress there who may very well be part of the prayer groups in the House and the Senate," he said. But "the Fellowship Foundation has never owned the C Street facility. The C Street facility has its own board of directors, which sets its own policy. And we have no operational control over what happens at C Street, to the best of my knowledge."