Accessibility links
Chopin's Iconic Funeral March No one made funeral music quite like Frederic Chopin, the Polish composer born 200 years ago Monday. Chances are, you've heard snippets of his musical evocation of doom and gloom in cartoons, movies and — of course — funerals. 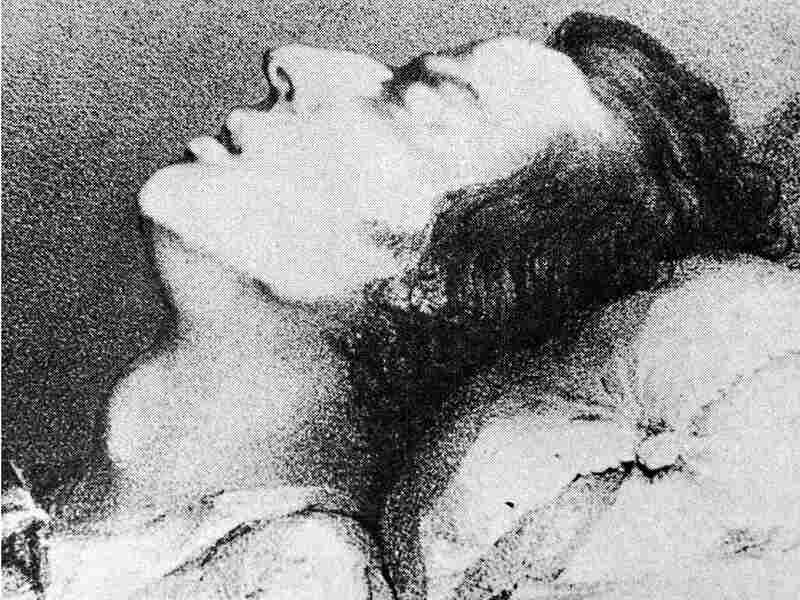 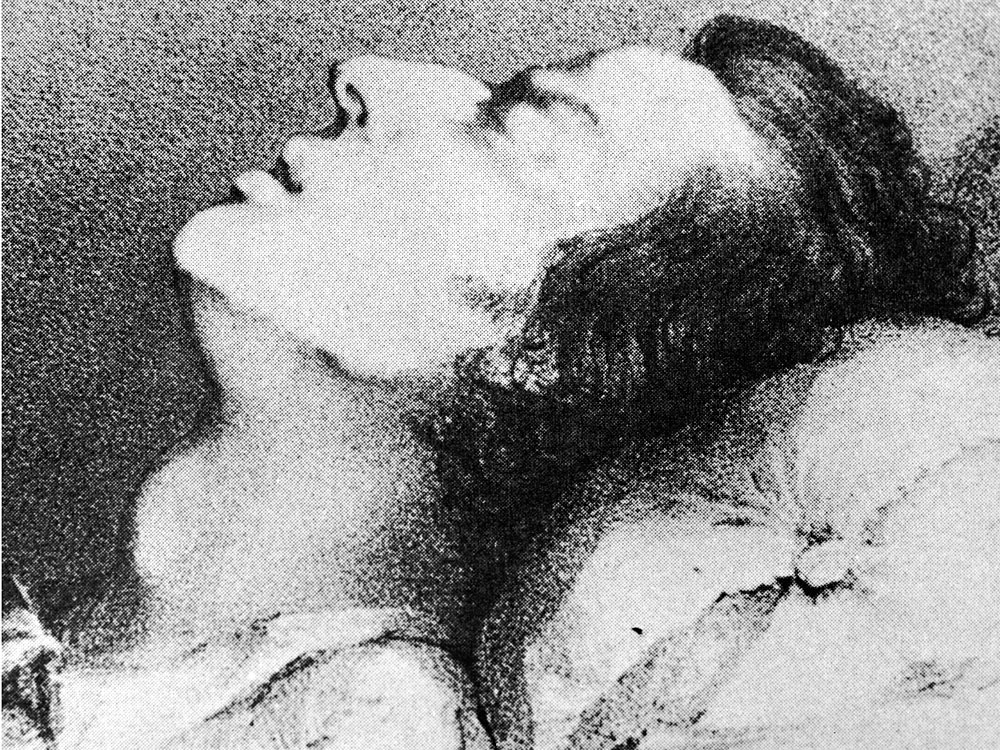 A drawing of Polish composer and pianist Frederic Chopin on his deathbed.

If you're talking funeral music, no one did it quite like Frederic Chopin, the Polish composer born 200 years ago Monday. Chances are, you've heard snippets of his musical evocation of doom and gloom in cartoons, movies and, yes, funerals.

Chopin's Funeral March first appeared in the 1830s. It was the third movement in his Sonata No. 2 in B-flat Minor — a stunning, haunting work.

Despite the piece's serious tone, Chopin's iconic melody has been used to embellish morbid humor for what seems like forever. Classical pianist Garrick Ohlsson hears it on his cell phone when he loses a game of blackjack. It's also appeared in various television shows and movies — among them Beetlejuice, Monty Python and Looney Tunes cartoons.

Parodies of funeral marches aren't new, according to Jeffrey Kallberg, a Chopin scholar and chair of the music department at the University of Pennsylvania. Kallberg says they trace back all the way to the piece that originally inspired Chopin to write his own funeral march.

"Chopin's march is modeled after a Rossini opera, La Gazza Ladra, and that served as the basis for parodies," says Kallberg, who notes that one such parody was written by Charles Gounod. "If you're old enough to remember, that was the theme music for Alfred Hichcock's show."

Just because something has become a joke doesn't mean it's trivial. In the case of Chopin's Funeral March, it's far from it. When played seriously and in its entirety by a professional like Garrick Ohlsson, it's a different story altogether.

No one knows for sure exactly what inspired Chopin to write the march. But Kallberg says there's evidence that he associated it with the Polish uprising of the 1830s. Chopin, who was born in Poland, sympathized with his countrymen in their revolt against the Russians. Though Chopin was living in exile elsewhere in Europe, he feared for his family and friends in the face of the Russians' violent response.

"His colleagues said that he often played in salons, and the only way to get him to stop playing was to get him to play the March," Kallberg says. "He was so caught up in the emotions of it."

Chopin's first biographer heard "the pain and grief of an entire nation" in his Funeral March, while classical pianist Gabriela Montero says she hears Chopin's humanity.

"A lot of people have the idea that Chopin's music is supposed to be very pristine and almost untouchable," Montero says. "I feel that it's so human and volcanic."

Chopin's march has been played at the funerals of heads of state, including those of John F. Kennedy and, ironically, Russian leaders Brezhnev and Stalin. But the very first time it was performed at a funeral may have been the most important: Chopin's own.