Accessibility links
Mother, Son Create A New Life For That Old Sweater Gayane Avanian and her son Haik have started a small company called Reknit that takes old, out-of-fashion sweaters and turns them into scarves, hats and gloves for $30. The Avanians tell NPR's Melissa Block they had to limit their orders to the first 30 they received for February.

Over 50 years, yarn was repurposed in the Avanian family. Courtesy of Haik Avanian hide caption

In the far, dim reaches of closets all over the world, there are stretched out, too tight, out-of-fashion sweaters. A small-scale operation called Reknit is taking these old sweaters and repurposing them into scarves, gloves and hats.

Gayane Avanian of Boston, who is a computer programmer by day, will take $30 and the sweater, unravel it and reknit it into something usable. Her son Haik is the company's graphic designer. 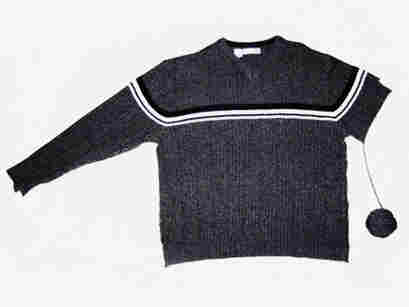 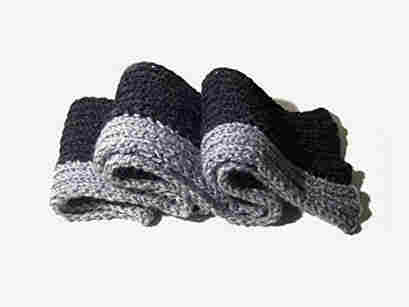 Because Gayane is the only knitter, and after a larger-than-expected response in January, the mother-son duo decided to limit the number of projects they accept to the first 30 for February.

"We decided to go with a safety net and cap it ... in case things get out of hand, because we really didn't know what to expect," Haik tells NPR's Melissa Block. He says that by setting a "manageable number" for his mother to reknit, they don't have to worry about being inundated with orders.

People can go to the Web site and vote on what item they want their old sweater to be turned into for that month. In January, the public voted for scarves; in February, it's fingerless gloves; and for March, hats are in the lead. On the last day of the month, Haik will redesign the Web site with new colors and next month's item, according to Gayane.

"It's just kind of another fun way of adding some more interactivity to the whole project," Haik says.

Gayane, who is originally from Armenia and learned how to knit from her mother, says it takes about seven to eight hours to unravel and reknit the sweaters into something people will wear.