Accessibility links
After Digital Switch, Basic TV Offers Cable Alternative Before last summer's switch from analog to digital TV, viewers were warned by cable companies that signing up for cable was the only way they could preserve access to their favorite channels. But some find basic TV has plenty of offerings. 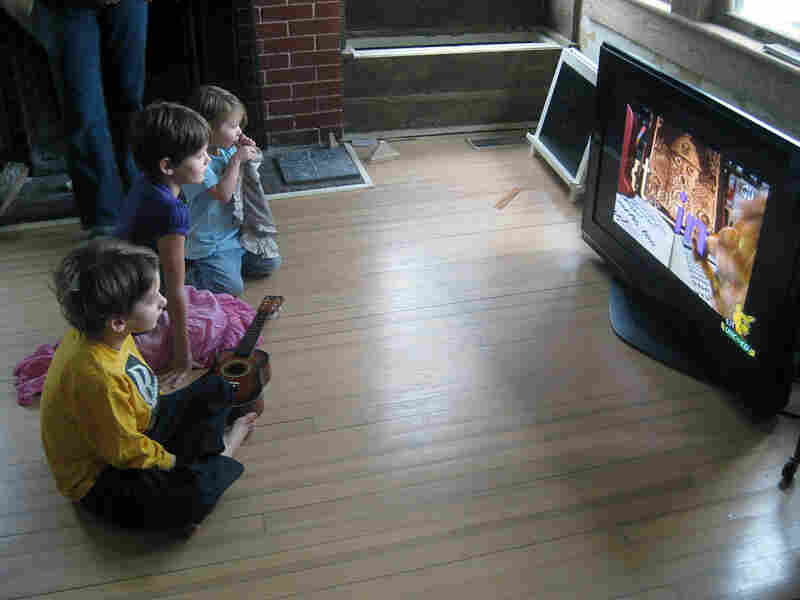 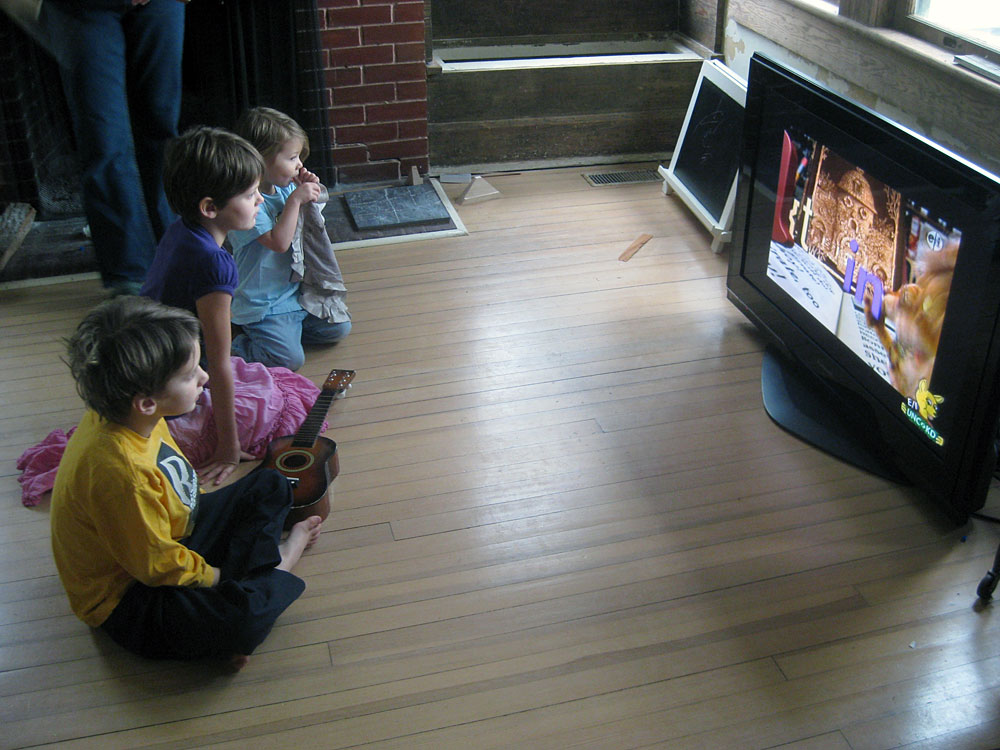 Just before summer 2009's switch from analog to digital cable, TV viewers were inundated with commercials from cable companies. They urged viewers to subscribe to cable in order to get a clear picture and plenty of channels.

But it turns out that — for the price of an antenna — over-the-air television offers plenty of different programs.

The Secret In The Attic

Thanks to the digital signals, Elizabeth and Philip Humphrey's three children can watch Elmo, Arthur and other favorites on one of three digital channels broadcast by North Carolina's PBS station.

Trapped inside on a cold, gray morning, the Humphreys' three children stand perfectly still in front of the TV, all eyes glued on Elmo.

The family also gets the additional digital channels offered by their commercial network affiliates too — which gives them about 12 channels to choose from, depending on where they point their antenna.

Phillip Humphrey climbs up into the attic, pushing past boxes of Christmas junk to where he mounted his new antenna.

The antenna is attached to the rafters and connected to the Humphreys' brand new high-definition television set downstairs. For the one-time cost of the set and the $75 antenna, the Humphreys have found an alternative to monthly cable bills. Viewers with old-fashioned TVs can also receive the same plethora of channels, as long as they have a digital converter box.

After Transition, Many Stick To Basic Stations

There are times that you may miss out on some cultural conversations about a particular show. But we've found if it's something that continues to pique our interest, that now you can watch it on the Internet, you can rent it on Netflix.

Elizabeth Humphrey, on not having cable

"And what happened on the way to the [TV] graveyard is people started realizing they're extremely surprised at the picture quality you can get over the air," says Richard Schneider, who owns Antennas Direct in St. Louis. "And in many cases the resolution is in fact significantly higher than you can get off of satellite or cable."

"I think the broadcast-only environment is much richer than it was two years ago," says Pat McDonough, senior vice president of planning policy and analysis at Nielsen Media Research.

Some critics say local affiliates are squandering the extra channels they got as they began to adapt to HDTV.

But McDonough says the ways they're repeating shows is, in some cases, kind of creative.

"We are seeing some of them time-shifting their programming," she says, "So that I air my news at 6 o'clock and I can put it on again at 8 o'clock on my second digital channel while I'm airing my network prime programs."

McDonough says that without cable or satellite, the average national viewer can pick up around 30 channels. In Los Angeles, they can get a whopping 70 channels. McDonough says the number of homes getting only over-the-air television didn't change much between 2008 and 2009. It's roughly 11 million households. And she says it's not just viewers who can't afford cable.

"Five percent of the broadcast-only homes have income of over $100,000," McDonough says. "So clearly they have the means to afford cable and satellite but they've elected not to purchase it."

'You Can Watch It On The Internet'

The Humphreys, for example, use their computers and television to catch their favorite shows. Elizabeth Humphrey admits that while they might miss some of the hot new cable shows, they're getting most of what they want.

"There are times that you may miss out on some cultural conversations about a particular show," she says. "But we've found if it's something that continues to pique our interest, that now you can watch it on the Internet, you can rent it on Netflix. You can find other ways to get into the conversation."

This sounds like it could be a problem for cable providers.

"We don't really view it as a threat," says Maureen Huff, senior director of public relations for Time Warner Cable.

Huff says subscription numbers for cable television, Internet and phone services have stayed strong in the face of more over-the-air channels and the crummy economy.

"Traditionally cable tends to be sort of recession-resistant," Huff says. "People spend more time at home with their families in a recession; they're spending less money going out. And so cable companies such as ours tend to do okay."

Huff acknowledges that families who've made the choice to go without cable, such as the Humphreys, are out there. But young Veronica and Mac have seen what they're missing at their friends' houses.

"I wish I had SpongeBob," Mac says.

Even their father has some cable cravings.

"Well, okay, The Daily Show would be nice to see," he says.

But that, too, is available online.