Accessibility links
Texting While Driving: Put The Thumbs Away Some drivers admit to texting while driving despite the known dangers of distraction. And it isn't just young drivers. Some studies show the biggest growth in texting is among people ages 35 and older. 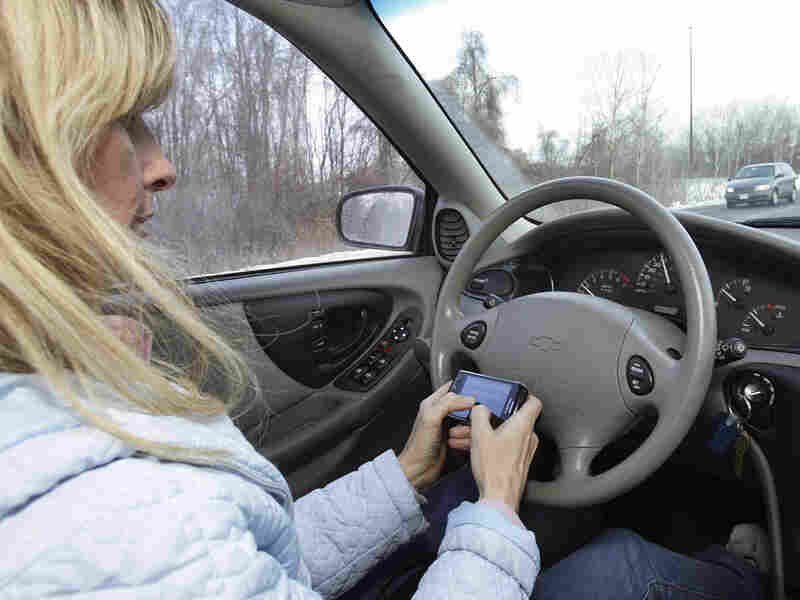 Despite the dangers associated with texting while driving, many drivers are still prone to do it. Jim Cole/AP/File hide caption 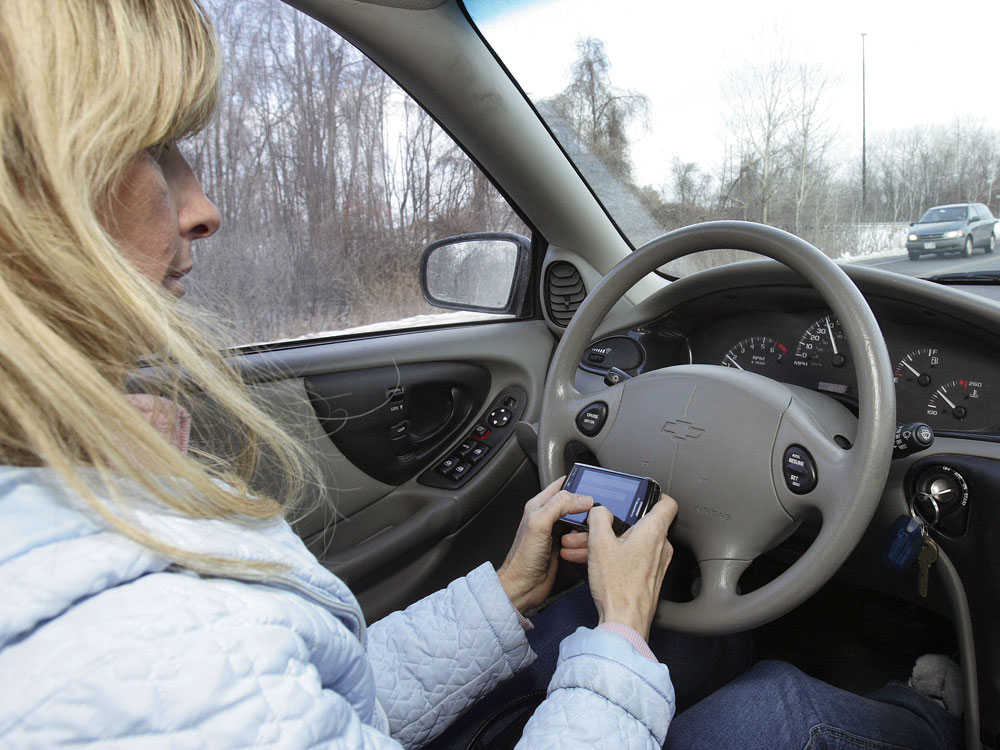 Despite the dangers associated with texting while driving, many drivers are still prone to do it.

Nineteen states and Washington, D.C., have banned it. The Transportation Department prohibits truckers and bus drivers from doing it.

President Obama has outlawed the practice for all federal employees, and Jonathan Adkins of the Governors Highway Safety Association thinks it should be forbidden in every state.

Despite all that, many people still text while driving.

Unrealistic To Pull Over?

It seems so obvious: You shouldn't be typing a text message if you're operating a moving vehicle.

"I really shouldn't at all, but I do," says 34-year-old Todd Hudson, who is sitting in a coffee shop called the Diesel Cafe in Somerville, Mass. He says he tries not to text while driving if he's in heavy traffic or taking turns. If he does do it, he likes to pull over to the side of the road first.

"That's my ideal," he says. "But I never quite match that ideal. I mean, you get a text from somebody, and you want to respond to it."

He's not breaking the law. Massachusetts is poised to ban texting while driving, but hasn't done it yet. At a nearby table, Nick Gross, who's 46, says he used to text behind the wheel, but not anymore.

"I couldn't do the two things at the same time without sacrificing one of them," Gross says.

But he remembers the mental battle of being in his car and wanting to tap away on that little keypad.

There are certainly times, when driving, when I think you can [text] and times when you can't.

Texting while driving isn't something just teenagers and 20-somethings do. In fact, some studies show the biggest growth in texting is among people ages 35 and older.

For Some, It's A 'Judgment Call'

But even though some studies show texting while driving is more dangerous than drunk driving, not everyone thinks it's always unsafe.

"There are certainly times, when driving, when I think you can do it, and times when you can't," says 25-year-old Tyler Ostergaard.

"If you're going through a rotary, yeah, then it's a bad idea," Ostergaard says. "But I think that you can make a judgment call. There are times if you're, like, going down the highway, for example, where you can fairly easily text and maintain good driving without endangering yourself or others."

He says highways are straight and wide, so you can see what's coming and stop texting if things seem risky.

Some people say they won't text in intersections or bad weather, but will do it at stop signs and red lights. Others say they text when they're in the suburbs but not in cities because of all the bicyclists and pedestrians. Ben Voskeritchian, 26, says he tries to spread the word that texting while driving is unsafe.

"I always tell all of my friends, I'm like, 'Stop! Get off your phone!' Like if I'm driving next to them, or if I'm the passenger," Voskeritchian says.

Of course, he admits, he occasionally texts behind the wheel himself.