Accessibility links
Hummer's End Leaves Indiana Workers In Limbo The roots of car manufacturing run deep in northern Indiana. AM General produced the Hummer H2 for General Motors for the past eight years at a plant in Mishawaka. Even though they're still building vehicles for the military, the end of Hummer production could threaten their jobs. 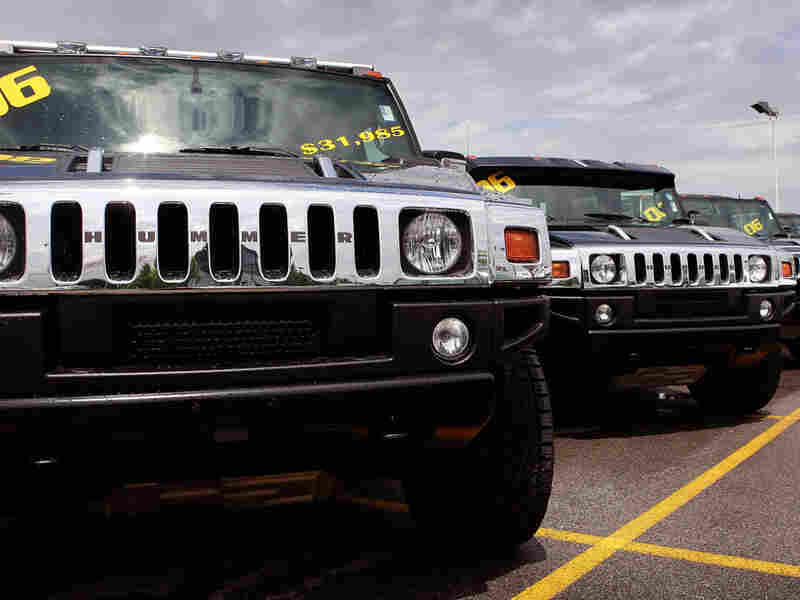 Sales of the Hummer plummeted a few years ago. It took a toll on production: No H2s have rolled off the assembly line for a year at AM General's Indiana plant. And GM's facility based in Shreveport, La., suspended production of the Hummer H3 and H3T last month. Scott Olson/Getty Images hide caption 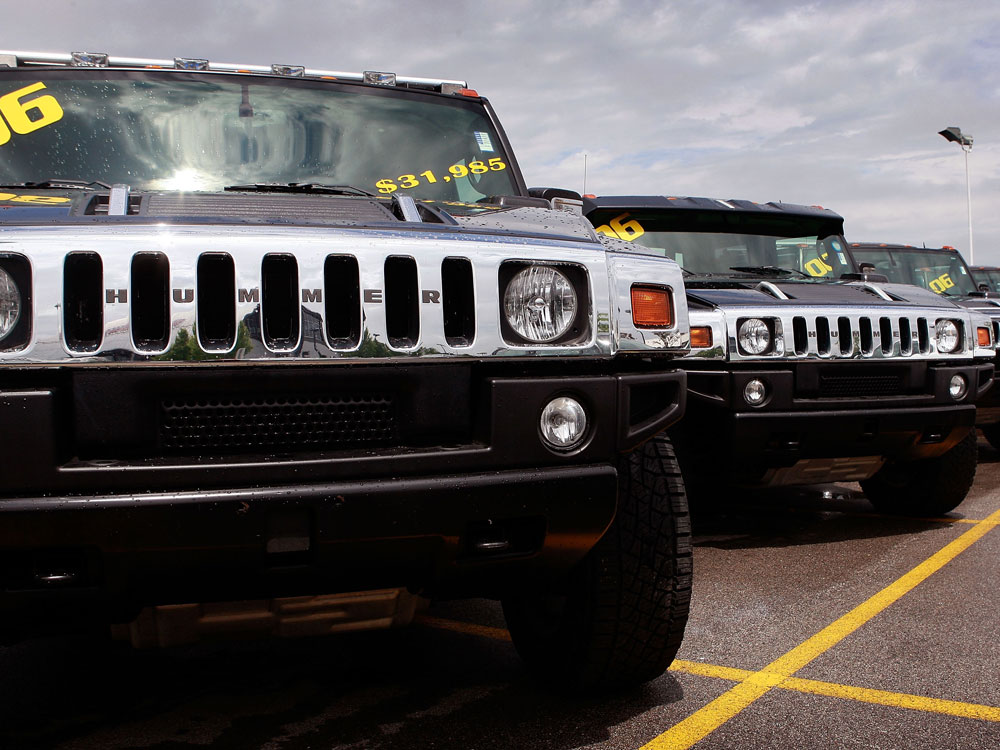 Sales of the Hummer plummeted a few years ago. It took a toll on production: No H2s have rolled off the assembly line for a year at AM General's Indiana plant. And GM's facility based in Shreveport, La., suspended production of the Hummer H3 and H3T last month.

Unless a last-minute buyer shows up, it's likely the General Motors Hummer brand will become a thing of the past.

When its deal with a Chinese company collapsed, GM announced Wednesday that it will no longer produce Hummers.

The northern Indiana town of Mishawaka houses one of two plants where Hummers are made. Hummer's H2 was produced in Indiana not by GM, but by a company called AM General. The other plant is a GM facility based in Shreveport, La., which suspended production of the Hummer H3 and H3T last month.

When sales of the Hummer — a gas-guzzling vehicle — plummeted a few years ago, production suffered and no H2s have rolled off the assembly line for a year.

Instead, AM General's 1,500 workers continue building other vehicles for the military and federal government, and that keeps the massive plant going.

Jay Wiand retired from this plant a few years ago after working on the assembly line for 30 years, making everything from mail trucks to Hummers. But he's not particularly optimistic about the plant's future.

"Oh yeah, there will be people getting laid off," Wiand says. "There's no doubt about that."

A huge framed aerial photo of the plant sits outside of Mayor Jeffrey Rea's City Hall office in Mishawaka.

He served as the city's economic development director when GM brought Hummer to AM General eight years ago.

The importance of the Hummer brand in Mishawaka and the region certainly isn't lost on him.

Rea says even if the deal with the Chinese buyer had gone through, there was no guarantee the H2 would continue to be built in Mishawaka. But he says since the plant is still relatively new, other businesses may want to take advantage of its workforce.

AM General is set to begin manufacturing a handicap accessible taxicab that will keep this plant humming for a little while longer.

"This is a great workforce. They build things, they build them well," Rea says. "We think it's certainly a viable opportunity potentially for other car manufactures to want to do something here."

When the plant closed down in 1963, AM General moved into some of Studebaker's old facilities to build its own vehicles.

Studebaker's closure forced South Bend to look to other areas for economic development, like retail and the sprawling University of Notre Dame.

But some say the area still hasn't fully recovered from the loss of Studebaker nearly a half-century ago.

The Road To Recovery?

Mishawaka resident Corey Jensen isn't sure just how quickly his city will recover if no more Hummers are made.

"It's terrible for the economy; it hurts everything," Jensen says. "Middle-class people make the world go round, and when you take away middle-class workers, the world falls apart like it has."

The Army recently announced that this may be the last year it uses the Humvee — the military model the H2 was based on.

GM says it will entertain any viable offer for Hummer even as the company winds down operations.

Meanwhile, workers in Indiana will continue to build whatever vehicles come down the assembly line as they hope for another potential buyer for GM's Hummer brand.