Accessibility links
Asha Bhosle: The Voice Of Bollywood And More Bhosle has recorded 12,000 songs and is featured on the soundtracks of more than 800 films. Her voice is easily recognized by a billion people in South Asia and around the world. Her influence has extended far beyond India, too: She's recorded with the boy band Red Code, the contemporary classical Kronos Quartet and even pop star Boy George. 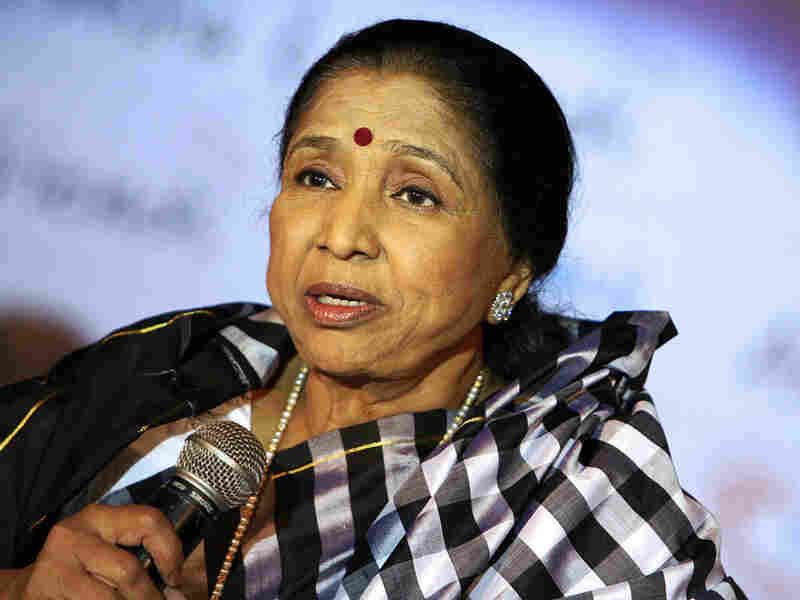 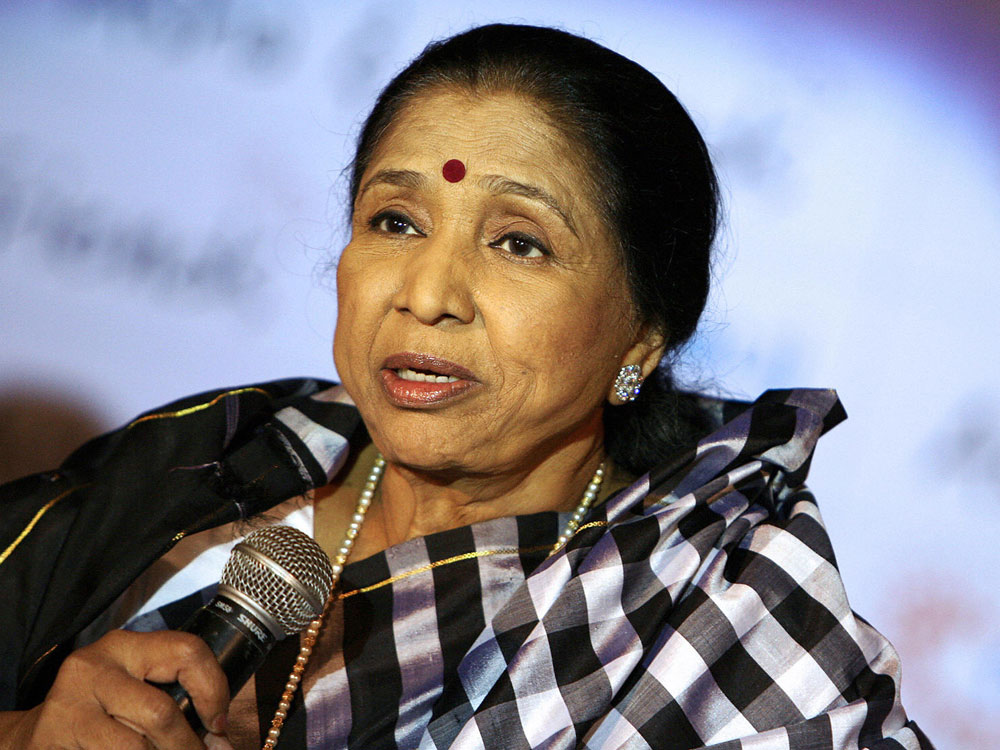 Hear More Of The Story

The next singer in our 50 Great Voices series may well be the most recorded artist of all time — unless you count her sister. Bollywood singer Asha Bhosle has recorded 12,000 songs and is featured on the soundtracks of more than 800 films. Her sister, Lata Mangeshkar, may have recorded even more. Their voices are easily recognized by a billion people in South Asia and around the world.

Record producer Yusuf Gandhi says Bhosle and her sister are superstars in India.

"[They are] what they call playback singers, in the sense that they actually sing the song, but in the movie — most of Bollywood movies are musicals — the actresses are lip-synching those songs," he says.

Writer Lavanya Shah is the daughter of a famous Bollywood lyricist.

"In India, the Bollywood industry is huge," Shah says. "And when a singer sings a song for those, the rest of India listens."

India has been listening to the alluring voice of Asha Bhosle for decades, whether she's singing in Hindi or any of the other languages of the region. Mumbai Mirror columnist Aseem Chhabra says Bhosle could act through her voice alone.

Asha Bhosle and Lata Mangeshkar came from a musical family and began singing for Bollywood films as girls. They became so skilled at it, and were so loved by audiences, that from the 1950s into the '90s, they were the female voices of Bollywood.

"Very few other female singers would get opportunities to sing, because these two women had ... actually, Lata had a complete control over the industry," Chhabra says.

Chhabra says the two singers, who had something of a sibling rivalry, also had very different vocal styles and personalities.

"Lata always portrayed herself as this very pure, kind of a clean woman," he says. "And also, the songs that she sang were always that. Asha sang naughty songs, and she had somewhat of a naughty personality, and she had a personal life that also had some naughtiness in it — the fact that she had run away from home and divorces and marriage and all of that."

Bhosle made the vamp her specialty, and "Dum Maro Dum" is one of her most famous songs in that persona. It was written by composer R.D. Burman, who not only worked extensively with Asha Bhosle, but also married her. Burman took advantage of Bhosle's vocal versatility and created songs for her that brought Western musical influences to Bollywood — combining, say, congas with tablas, or finding some of the grooviest psychedelic rock sounds. If anything cemented her reputation as a bad girl or turned people on, it was this song, writer Lavanya Shah says.

" 'Dum Maro Dum,' yeah, that is about smoking pot," Shah says. "And I would say that before women's liberation became the catchword, she was a liberated female, long ago. In India, in villages, women would sit and clean the grain or grind chilies. And they would sing songs. Those kind of songs Ashaji has sung, and they have become so popular that every Indian female, she feels, 'That is part of my growing up, and it is part of my life, also.' "

Bhosle's influence has extended far beyond India — she's recorded with the boy band Red Code, the contemporary classical Kronos Quartet, and even pop star Boy George. She continues to be an electrifying live performer who can sell out concert halls and arenas — not only in India, but in this country, to an audience that crosses generations. In Long Island, 25-year-old radiation therapist Sunny Thakkar is an unabashed Asha Bhosle fan.

"It is just amazing to watch her come on stage and perform, dance, with the same enthusiasm and the same qualities that a 16-year-old girl has. When she's onstage, you just want to get up and clap and, you know, dance with her. It's like everybody's high on music."