Accessibility links
Hidden World Of Girls: Share Your Stories NPR and the Kitchen Sisters are looking for stories from around the world of the hidden lives of girls — and the women they become. Stories of coming of age, rituals and rites of passage, secret identities — of women who crossed a line, blazed a trail or changed the tide. Share your stories with us.

If you know where to look, there's a hidden world of girls — and the women they become. Their stories are everywhere, but they don't always get to tell them. There are stories of coming of age, rituals and rites of passage, secret identities — of women who crossed a line, blazed a trail or changed the tide.

NPR and The Kitchen Sisters are looking for stories from around the world — from the middle of the city to the middle of nowhere.

This year, NPR and the The Kitchen Sisters will bring you stories of girls and the women they become. You can follow them on Twitter by going to @kitchensisters. You can send suggestions to our listener comment line at 202-408-9576.

Tell us about girls coming of age, undergoing rites of passage — those with secret identities and who have blazed a trail.

Click here for more instructions on how to participate — we want to hear from you.

From The Middle Of Nowhere

Stories like that of Fadimata Walett Oumar, the leader of the five-person Tartit Women's Group in Mali, who lives the life of a nomad in the desert performing traditional music.

"Every time we move, we have to pack everything, put it on camels," she says. "Until a girl is 10 years old, they cut their hair. They stop cutting their hair when she is 10 so that when she becomes a woman around 12 she has already beautiful hair."

Oumar says her society has a different take on marriage than the committed-till-you-die scenario.

"Among the Tuaregs, if someone doesn't love you anymore, you have to leave him," she says. "They say that the more times you divorce, the more beautiful you are — and successful. The women throw a party when they divorce. The divorce party is a bigger party than the wedding."

All over the world, there are the rituals of coming of age — rituals that are endangered and changing.

Sophia Fish of New York City, 13, created a monthly ritual with a group of girlfriends. They sleep over at one of their homes, turn off the lights, light four candles and write their deepest secrets on sheets of paper and put them in a "ritual box," a jewelry box with sequins on top. There are five sheets for each girl.

"And we're not allowed to look at it for like years and years," Fish says. "We would stay up all night just to talk it out — any problems or issues we're having with our families, other people, each other. It was just to get — I don't know; this is going to sound cheesy — our emotions out." 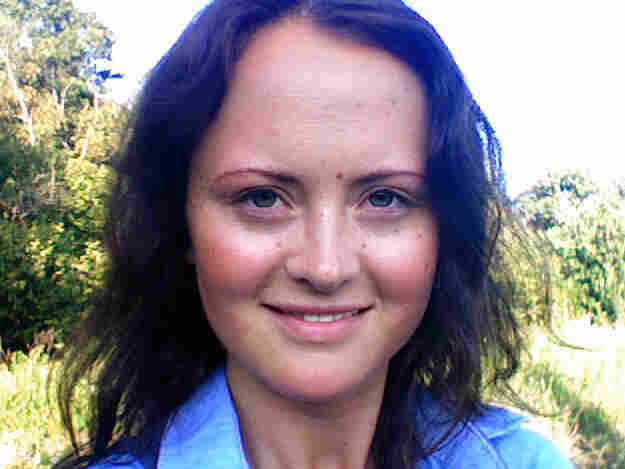 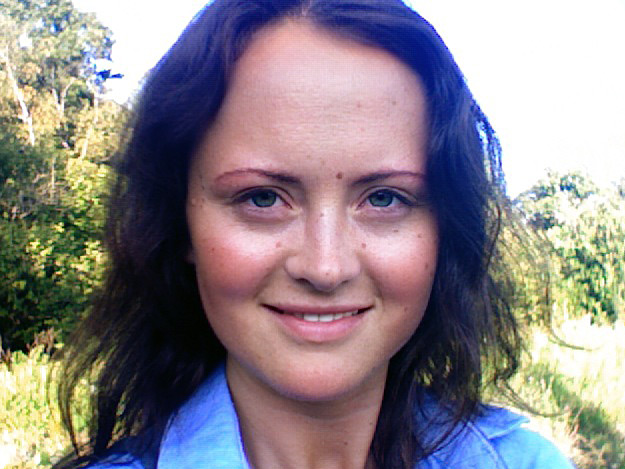 Tiina Urm helped to map on Google Earth the illegal garbage sites in Estonia for a massive cleanup.

Tiina Urm, 26, was the communications manager for the Let's Do It campaign in Estonia. The campaign mapped on Google Earth the illegal garbage sites in Estonia.

"Fifty-thousand people volunteering, all the nation together, in one day cleaning all the country from the illegal garbage sites," Urm says. "A really crazy idea, but spread from friend to friend. There were kids, there were students, grandmothers, grandfathers. In Soviet time, when Estonia was occupied, people felt this is not their country — it's been taken away from them — so they leave their garbage, their waste behind. Although we regained independence, to really acknowledge that this is our land, we have to take care of it. Nobody else. We have to start to love this land again. Let's do something about it, you know. Let's do it today. I don't want to have to wait so long."

In the next year, NPR and the Kitchen Sisters will share these kinds of stories on-air and online about girls and women and their taboos, secrets and possibilities. We invite you to join us in this collaboration.

We're looking for the women who are leading the meetings and the girls who are breaking new ground: the famous, the infamous, the unknown and the unsung. Call us at 202-408-9576. Use the comments section below to share your stories. Or send us dispatches through Twitter @kitchensisters using the hashtag #hiddenworldofgirls.

We also want to document rituals girls undergo across the world. What rites of passage do they face? What trails have they blazed? What kinds of secrets do they keep? Upload your pictures to Flickr or upload videos on YouTube.

Tag your videos with the keyword hiddenworldofgirls.

Step 2: Upload pics you'd like to share with the Hidden World of Girls group. (If you're having trouble uploading, consult Flickr's help guide.)

Step 3. Go to the Hidden World of Girls group and click "join this group." Confirm your membership.

Step 4: Find a photo from your collection that you'd like to add to the group. Between the title of the photo and the photo itself, you'll see a series of tabs. Click "Send to Group," then select "Hidden World of Girls."