Accessibility links
Games Over: Vancouver Extinguishes Olympic Flame The Vancouver Winter Olympics closed Sunday night with a ceremony celebrating the home country — quirks and all. It was one big indoor party with 60,000 people, including 2,600 athletes attending. International Olympic Committee president Jacques Rogge said they were "excellent and very friendly games." 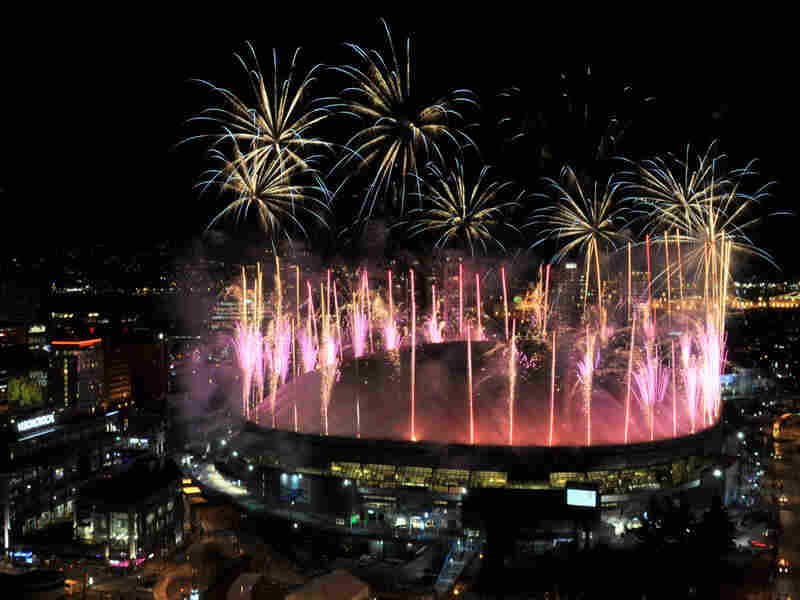 Fireworks explode over BC Place Arena for the closing ceremony of the Vancouver Winter Olympics. Bela Szandelszky/AP hide caption 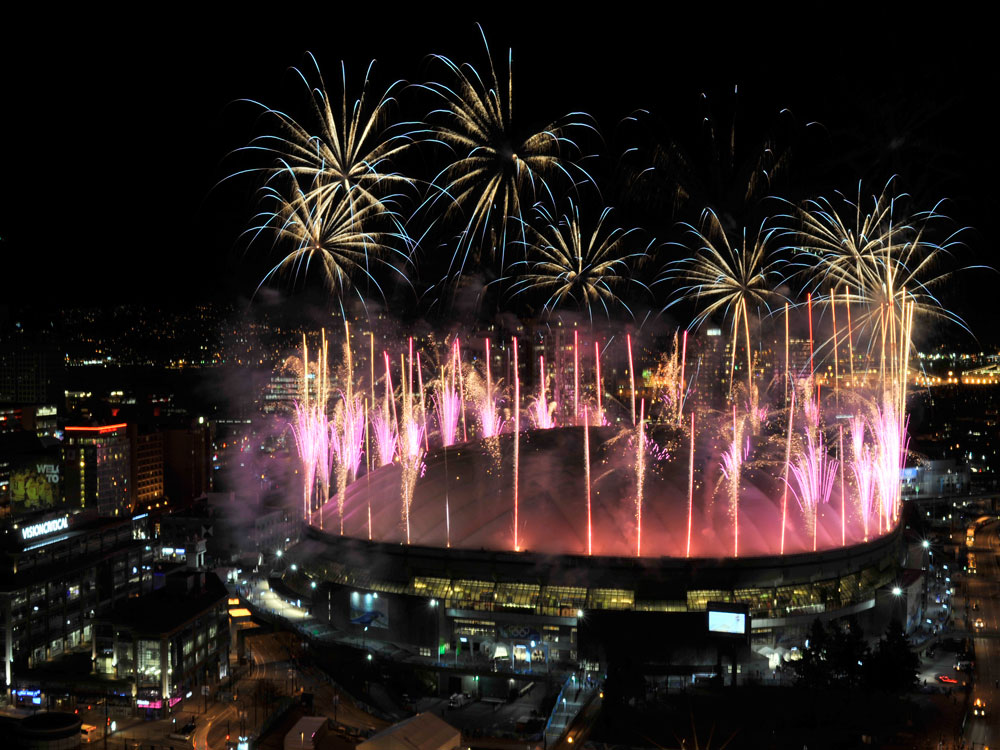 Fireworks explode over BC Place Arena for the closing ceremony of the Vancouver Winter Olympics.

The closing ceremony of the Vancouver Winter Olympic Games was one big indoor party.

Sixty-thousand people, including 2,600 athletes, were on hand to bring the games to a close. The music already was playing when the closing ceremony officially began with fireworks both indoors and out.

The BC Place Arena was all white inside with fake ice and snow. That was one of the challenges for the ceremony's producers. How do you celebrate a Winter Olympics that didn't have much winter, and that started off with a Georgian luge athlete dying violently on the track?

Vancouver Olympic CEO John Furlong tried to address that: "To the people of Georgia, we are so sad and so sorry for your loss. Your unimaginable grief is shared by every Canadian and all those that have gathered here. And may the legacy of your favorite son Nodar Kumaritashvili never be forgotten, and serve to inspire youth everywhere to be champions in life."

The death of the luger is still under investigation.

Furlong mentioned the weather challenges while thanking the blue-jacketed Olympic workforce — especially those who managed to haul and fly snow to Cypress Mountain. Plus keep it all from melting, despite warmth and heavy rain.

"You took on a stubborn mountain with all your might," Furlong added. "The final result: Blue Jackets 1. Cypress Mountain weather 0."

Weather delayed events at the Whistler ski venues. And there also was trouble with the ice at the speedskating oval. But the snow and ice shows did go on eventually.

Still, organizers may have been holding a collective breath, when International Olympic Committee President Jacques Rogge took to the podium to give his assessment: "These were excellent and very friendly games."

Rogge's predecessor used the phrase "best ever" when describing the other Winter Games in Canada in Calgary in 1988, but Rogge avoided that phrase.

A phrase he couldn't avoid was one wrapping up the event, "In accordance with tradition, I declare the 21st Olympic Winter Games closed."

And some in the crowd cried "no." But right on schedule, Neil Young came out singing, as fake snow fell, and the Olympic flame died out.

What followed were famous Canadians joking about being Canadian, and a tongue-in-cheek parade of dancing Mounties, gigantic beavers and a human hockey puck.

And then it was all rock and hip-hop, with the athletes gathered at the stage, showing off medals and dancing to the music.

For them, it was simply time to celebrate.