Accessibility links
Former 'No Child Left Behind' Advocate Turns Critic Once a conservative advocate for the No Child Left Behind Act, Diane Ravitch has had a change in opinion. The former Bush administration education official has written a book spelling out the law's missteps and adverse effects on the U.S. education system. 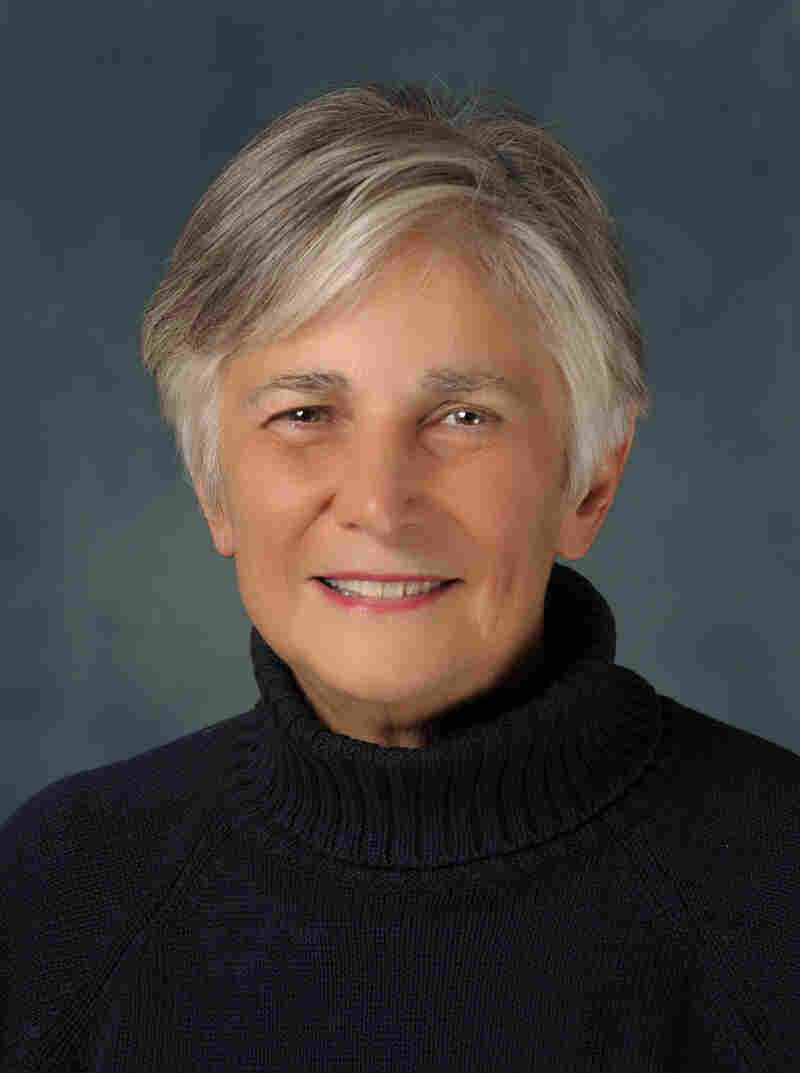 Diane Ravitch, once a staunch advocate of No Child Left Behind, speaks out against the law in her book, Death and Life of the Great American School System. Courtesy of Basic Books hide caption 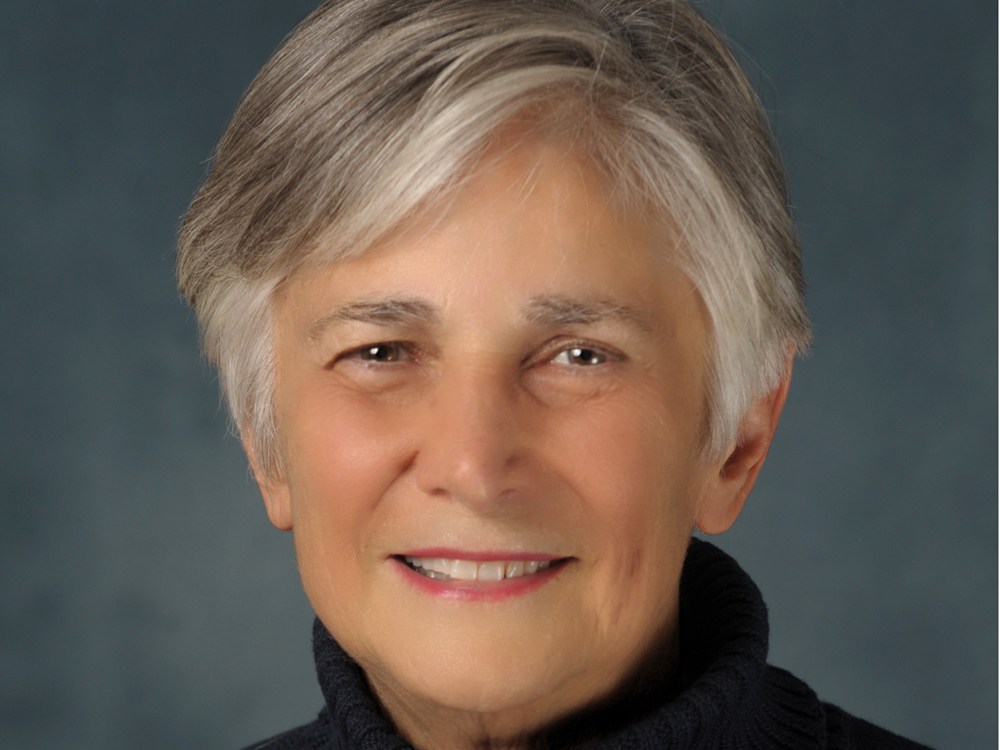 Diane Ravitch, once a staunch advocate of No Child Left Behind, speaks out against the law in her book, Death and Life of the Great American School System.

In 2005, former Assistant Secretary of Education Diane Ravitch wrote, "We should thank President George W. Bush and Congress for passing the No Child Left Behind Act ... All this attention and focus is paying off for younger students, who are reading and solving mathematics problems better than their parents' generation."

"I was known as a conservative advocate of many of these policies," Ravitch says. "But I've looked at the evidence and I've concluded they're wrong. They've put us on the wrong track. I feel passionately about the improvement of public education and I don't think any of this is going to improve public education."

Ravitch has written a book about what she sees as the failure of No Child Left Behind called The Death and Life of the Great American School System. She says one of her biggest concerns is the way the law requires school districts to use standardized testing.

"The basic strategy is measuring and punishing," Ravitch says of No Child Left Behind. "And it turns out as a result of putting so much emphasis on the test scores, there's a lot of cheating going on, there's a lot of gaming the system. Instead of raising standards it's actually lowered standards because many states have 'dumbed down' their tests or changed the scoring of their tests to say that more kids are passing than actually are."

Some states contend that 80 to 90 percent of their children are proficient readers and have math proficiency as well, Ravitch notes. But in the same states, only 25 to 30 of the children test at a proficient level on national tests such as the National Assessment of Educational Progress.

'There Should Not Be An Education Marketplace'

Part of the reason schools were so intent on achieving high tests scores was because they were competing with other schools for resources, which were often doled out on that basis alone.

Ravitch is critical of the impact this had on schools.

"There should not be an education marketplace, there should not be competition," Ravitch says. "Schools operate fundamentally — or should operate — like families. The fundamental principle by which education proceeds is collaboration. Teachers are supposed to share what works; schools are supposed to get together and talk about what's [been successful] for them. They're not supposed to hide their trade secrets and have a survival of the fittest competition with the school down the block."

Excerpt: 'The Death And Life Of The Great American School System' 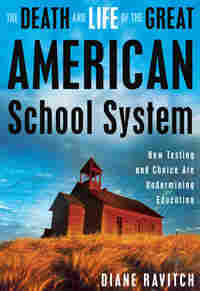 From Chapter 6: NCLB: Measure and Punish

My support for NCLB remained strong until November 30, 2006. I can pinpoint the date exactly because that was the day I realized that NCLB was a failure. I went to a conference at the American Enterprise Institute in Washington, D.C. — a well-respected conservative think tank — to hear a dozen or so scholars present their analyses of NCLB's remedies. Organized by Frederick M. Hess and Chester E. Finn Jr., the conference examined whether the major remedies prescribed by NCLB — especially choice and after-school tutoring — were effective. Was the "NCLB toolkit" working? Were the various sanctions prescribed by the law improving achievement? The various presentations that day demonstrated that state education departments were drowning in new bureaucratic requirements, procedures, and routines, and that none of the prescribed remedies was making a difference.

Choice was not working, they all agreed. The scholars presented persuasive evidence that only a tiny percentage of eligible students were asking to transfer to better schools. In California, less than 1 percent of eligible students in "failing" schools asked to transfer to another school; in Colorado, less than 2 percent did; in Michigan, the number of transfers under NCLB was negligible; in Miami, where public school choice was already commonplace, less than ½ of 1 percent asked to move because of NCLB; in New Jersey, almost no eligible students transferred, because most districts had only one school at each grade level, and the state's urban districts did not have enough seats available in successful schools to accommodate students from "failing" schools. Julian Betts of the University of California at San Diego questioned whether choice was even a successful strategy, because his own studies found that choice had little or no effect on student achievement.

The scholars suggested many reasons why students were not transferring out of allegedly failing schools. In the first year or two, the letters informing parents of their right to switch their children to a better school were unclear or arrived too late, after the school year had already started. Even when the letters were clear and arrived on time, some parents did not want to send their children on a bus to a faraway school. In some districts, there were already so many public school choice programs that NCLB added nothing new. In others, there were far more eligible students than seats.

But what was especially striking was that many parents and students did not want to leave their neighborhood school, even if the federal government offered them free transportation and the promise of a better school. The parents of English-language learners tended to prefer their neighborhood school, which was familiar to them, even if the federal government said it was failing. A school superintendent told Betts that choice was not popular in his county, because "most people want their local school to be successful, and because they don't find it convenient to get their children across town." Some excellent schools failed to meet AYP because only one subgroup — usually children with disabilities — did not make adequate progress. In such schools, the children in every other subgroup did make progress, were very happy with the school, did not consider it a failing school, and saw no reason to leave.

Thus, while advocates of choice were certain that most families wanted only the chance to escape their neighborhood school, the first five years of NCLB demonstrated the opposite. When offered a chance to leave their failing school and to attend a supposedly better school in another part of town, less than 5 percent — and in some cases, less than 1 percent — of students actually sought to transfer. Free after-school tutoring (called Supplementary Educational Services, or SES) fared only a bit better than choice, according to the papers presented that day. In California, 7 percent of eligible students received tutoring; in New Jersey, 20 percent did; in Colorado, 10 percent; and in Kentucky, 9 percent. The law implicitly created a "voucher" program for tutoring companies, a marketplace where tutoring companies and school districts could compete for students. Any organization could step forward to register with state departments of education to provide tutoring, whether they were a public school, a school district, a community group, a mom-and-pop operation, a faith-based agency, a for-profit corporation, a college, or a social services organization. Across the nation, nearly 2,000 providers registered to offer tutoring to needy students. But no more than 20 percent of eligible students in any state actually received it, even though it was free and readily available.

Why so little interest in free tutoring? The tutoring agencies blamed the districts for not giving them space in the public schools, and the public schools blamed the tutoring agencies for demanding space that was needed for extracurricular activities. The tutors complained about the cost of liability insurance, and the districts complained that some of the tutoring companies were ineffective or were offering students gifts or money if they signed up for their classes. It also seemed likely that large numbers of low-performing students did not want a longer school day, even though they needed the extra help.

As I listened to the day's discussion, it became clear that NCLB's remedies were not working. Students were offered the choice to go to another school, and they weren't accepting the offer. They were offered free tutoring, and 80 percent or more turned it down. Enough students signed up to generate large revenues for tutoring companies, but the quality of their services was seldom monitored. I recalled a scandal in New York City when investigators discovered that a tutoring company, created specifically to take advantage of NCLB largesse, was recruiting students by giving money to their principals and gifts to the children; several of the firm's employees had criminal records.

Adult interests were well served by NCLB. The law generated huge revenues for tutoring and testing services, which became a sizable industry. Companies that offered tutoring, tests, and test prep materials were raking in billions of dollars annually from federal, state, and local governments, but the advantages to the nation's students were not obvious.

At the conference, I was on a panel charged with summing up the lessons of the day. I proposed that the states and the federal government were trying to assume tasks for which they were ill suited. I suggested that they should flip their roles, so that the federal government was gathering and disseminating reliable information on progress, and the states were designing and implementing improvements. Under NCLB, the federal government was dictating ineffectual remedies, which had no track record of success. Neither Congress nor the U.S. Department of Education knows how to fix low-performing schools. Meanwhile, the law required the states to set their own standards and grade their own progress; this led to vastly inflated claims of progress and confusion about standards, with fifty standards for fifty states. Every state was able to define proficiency as it saw fit, which allowed states to claim gains even when there were none. The proper role of the federal government is to supply valid information and leave the remedies and sanctions to those who are closest to the unique problems of individual schools.

What I learned that day fundamentally changed my view of No Child Left Behind. When I realized that the remedies were not working, I started to doubt the entire approach to school reform that NCLB represented. I realized that incentives and sanctions were not the right levers to improve education; incentives and sanctions may be right for business organizations, where the bottom line — profit — is the highest priority, but they are not right for schools. I started to see the danger of the culture of testing that was spreading through every school, community, town, city, and state. I began to question ideas that I once embraced, such as choice and accountability, that were central to NCLB. As time went by, my doubts multiplied. I came to realize that the sanctions embedded in NCLB were, in fact, not only ineffective but certain to contribute to the privatization of large chunks of public education. I wonder whether the members of Congress intended this outcome. I doubt that they did.

From the book The Death and Life of the Great American School System by Diane Ravitch. Excerpted by arrangement with Basic Books, a member of the Perseus Books Group. Copyright © 2010. 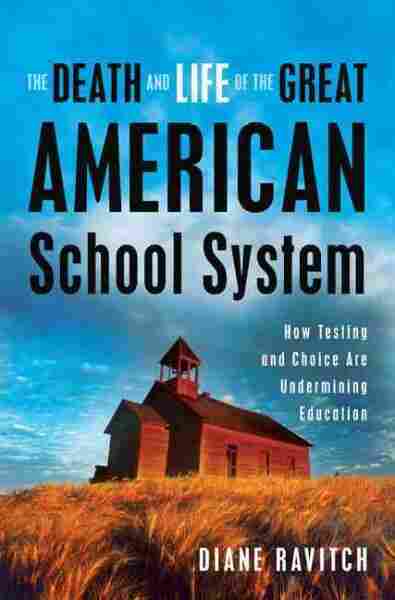 The Death and Life of The Great American School System

How Testing and Choice Are Undermining Education