Accessibility links
Jocks Who Fail, And The Fans Who Can't Love Them Fans seem to expect more from athletes than from actors. If you need proof, just compare the fallout from Tiger Woods' transgressions with that of, say, Charlie Sheen. Frank Deford says that sports fans admire athletes in a different way. 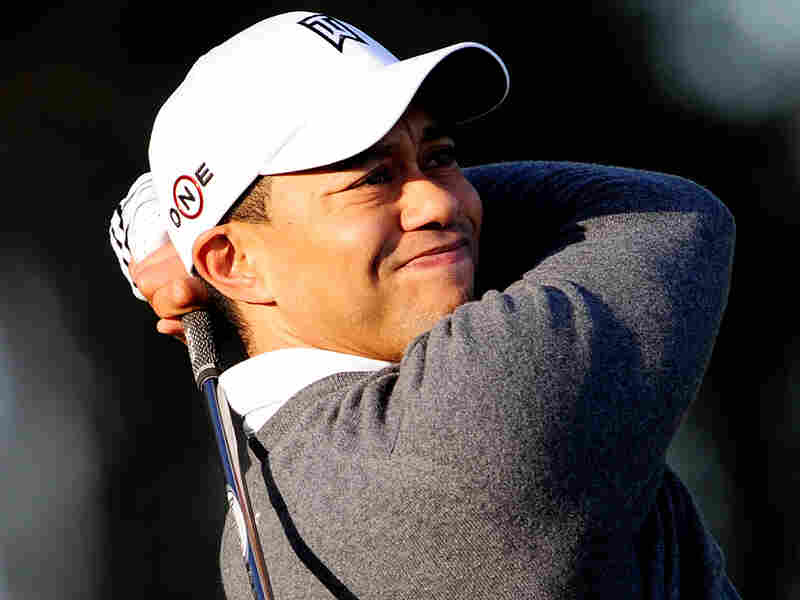 One day before breaking his silence over scandals in his personal life, golfer Tiger Woods practiced outside his home in Windermere, Fla. Sam Greenwood/Getty Images hide caption 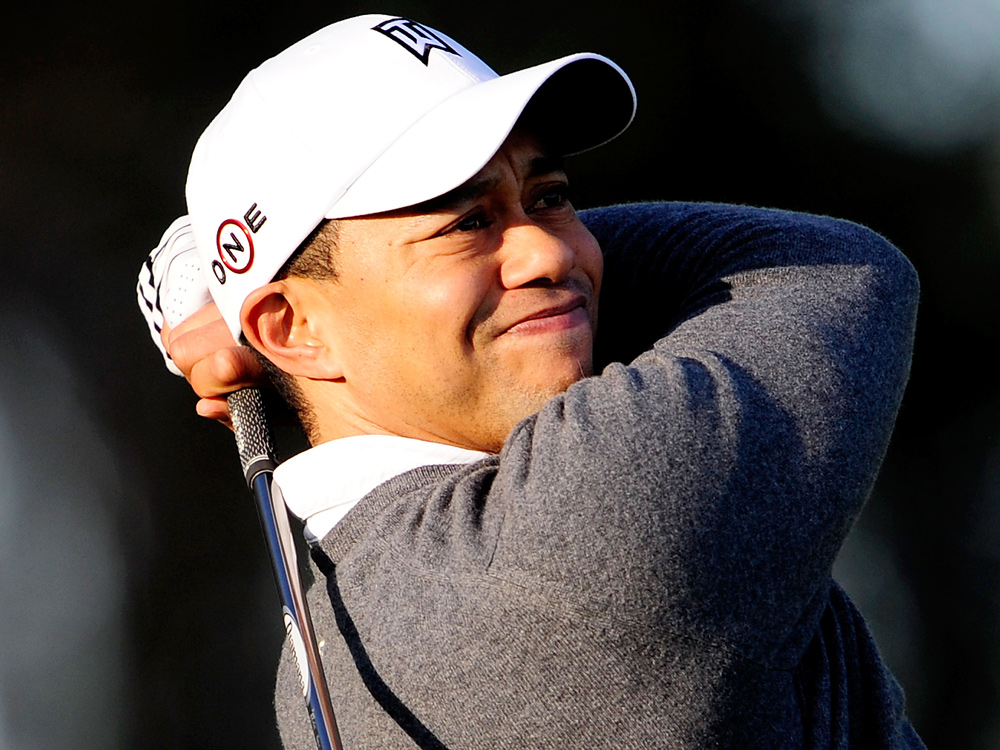 One day before breaking his silence over scandals in his personal life, golfer Tiger Woods practiced outside his home in Windermere, Fla.

Charlie Sheen, the star of the popular sitcom Two And A Half Men, was involved in domestic violence in December and is now in rehab. Perhaps you've also heard tell about a famous athlete who has suffered somewhat of the same experience over these past few months.

What I find interesting, though, is that Sheen has issued no apology whatsoever, nor has there been any hue and cry that he conduct a public press conference, answer all and sundry questions and jolly well explain himself to the indignant entertainment media — or else.

Now, granted, Tiger Woods is a whole lot bigger in his profession than Sheen is in his. But these two current examples are quite representative of how differently athletes and other celebrities are valued.

When an entertainment figure — be it Sheen, David Letterman, Li'l Kim, whoever — gets in trouble, scandalous or criminal, there's plenty of publicity, of course. But the star's offense never seems to reflect on his whole profession. There's no weeping and wailing that these scoundrels have let show business down.

When an athlete, like Woods, fails as a human being, we respond more with anger than disappointment, that he has dared tarnish something we do so adore.

Not so with naughty athletes. Their sins invariably are taken to reflect on sport — especially their sport. Nowhere have I read that Sheen has been criticized for damaging the professional life and livelihood of the many people who work on his TV show. But, for example, when Gilbert Arenas of the Washington Wizards was suspended for stupidly exhibiting an arsenal of weapons in the locker room, much of the condemnation directed at him related to the fact that he had selfishly hurt his team. How dare he!

Being in an individual sport, Woods cannot be accused of letting a mere team down.

Rather, the accusations are larger, that he has blemished the whole dear sport of golf. Now that he has put on the hair shirt and is off attending to his personal plight, the overriding question has become, how can this ungrateful dastard make it up to golf?

Well, leaving aside the rather significant fact that, by virtue of his genius and popularity, Woods has given to golf far more than he could ever harm it with his personal irresponsibility, what does he — what does any athlete — owe his sport any more than any other employee owes his profession?

The answer, by all accounts, seems to be: a lot more.

We love sports, and we're envious of those who play them so well. So when an athlete, like Woods, fails as a human being, we respond more with anger than disappointment, that he has dared tarnish something we do so adore.

It's almost as if we expect politicians and entertainment celebrities to be venal and flawed, but despite all historical evidence to the contrary, we keep expecting better from athletes. We keep saying that Woods has let golf down — because we don't want to admit that he has let us down.