Accessibility links
Alice Loses Her Way, And Her Charm, In 'Wonderland' Tim Burton's Alice in Wonderland takes viewers back down the rabbit hole for even more outrageous mayhem. But Kenneth Turan says that in between the tea parties and the Red Queen's antics, Alice's story seems to have lost its wonder. 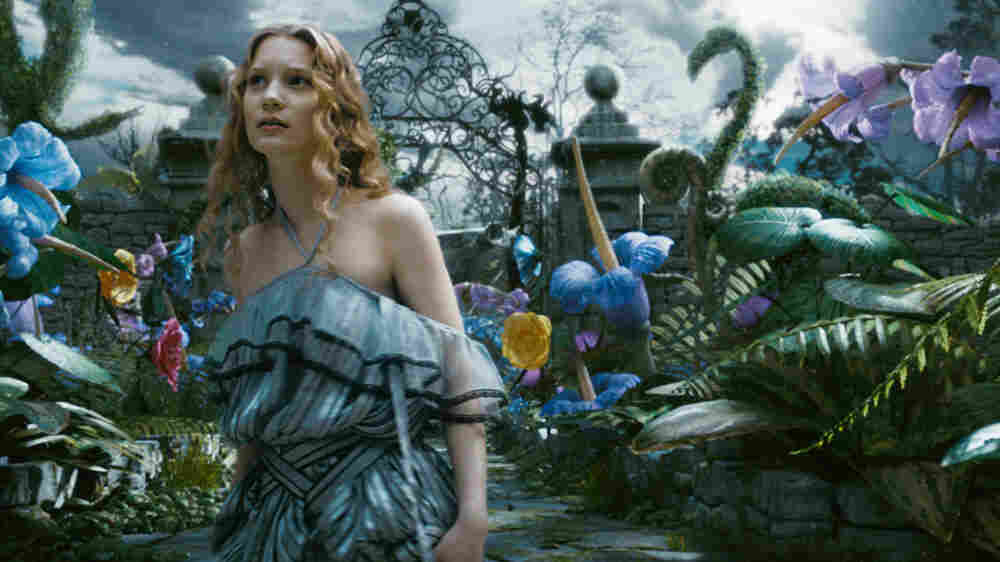 Down the Rabbit Hole, Again: Mia Wasikowska plays a matured Alice, who returns to find the Wonderland of her childhood on the brink of a good vs. evil showdown. Walt Disney Pictures hide caption 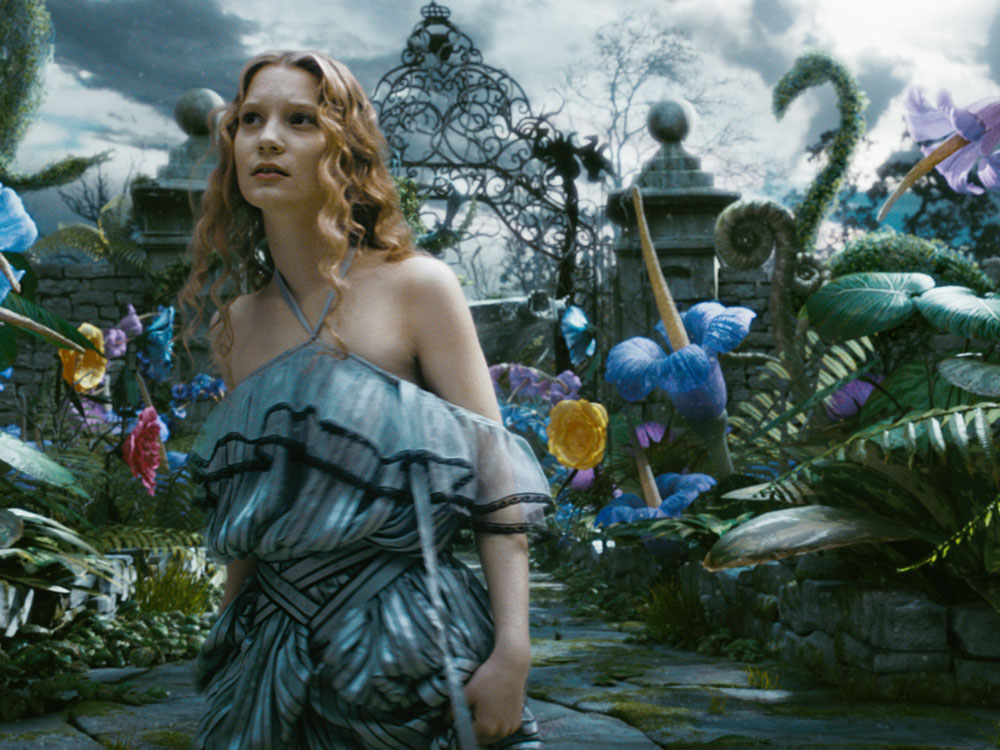 Down the Rabbit Hole, Again: Mia Wasikowska plays a matured Alice, who returns to find the Wonderland of her childhood on the brink of a good vs. evil showdown.

Rated PG for fantasy action/violence involving scary images and situations, and for a smoking caterpillar.

With apologies to Jefferson Airplane, that sums up the director's version of Lewis Carroll's Alice in Wonderland, which plays more like a Burton derivative than something he actually did himself. Carroll's work has been a favorite of moviemakers since an eight-minute silent version was made in 1903, but Burton offers a bizarre take on an already bizarre but beloved story.

Here, Alice is not a child but a 20-year-old returning to the Mad Hatter's Tea Party, hosted by Johnny Depp. Depp's Hatter is a genuine fashionista who frantically designs wacky headgear like there's no tomorrow. No one is better at weird than Depp, but this performance feels like the kind of weird we've seen before. The same is true of Helena Bonham Carter as the dyspeptic Red Queen, Alice's major antagonist and someone who never met a head she didn't want to lop off.

Alice also has the misfortune of being the first major 3-D release to arrive after the Avatar revolution. Considering that Burton chose to shoot in 2-D and have the footage converted, this film plays like one of the last gasps of the old-school way of doing things.

What's even more unfortunate is Burton's attempt to turn his film into a Wonderland version of The Lord of the Rings, complete with massed forces of good and evil headed toward a sadly generic CGI battle to end all battles.

With those battle scenes to please the boys, the film has taken special care with the girls, providing images of Alice as a warrior princess in full Joan of Arc armor as an icon of female empowerment. That kind of thing is always in short supply, but it would be nicer if that image — and the movie as a whole — felt more authentic and original. That would really be a wonder.

Another Take On 'Alice'