Accessibility links
Partner In Time: Retirement Funds You Can Age With What if you could just pick the year you expect to retire and then let a retirement fund do the heavy lifting? That's what target-date or lifecycle funds promise. They're gaining in popularity, but only about 7 percent of all 401(k) assets are held in such funds. 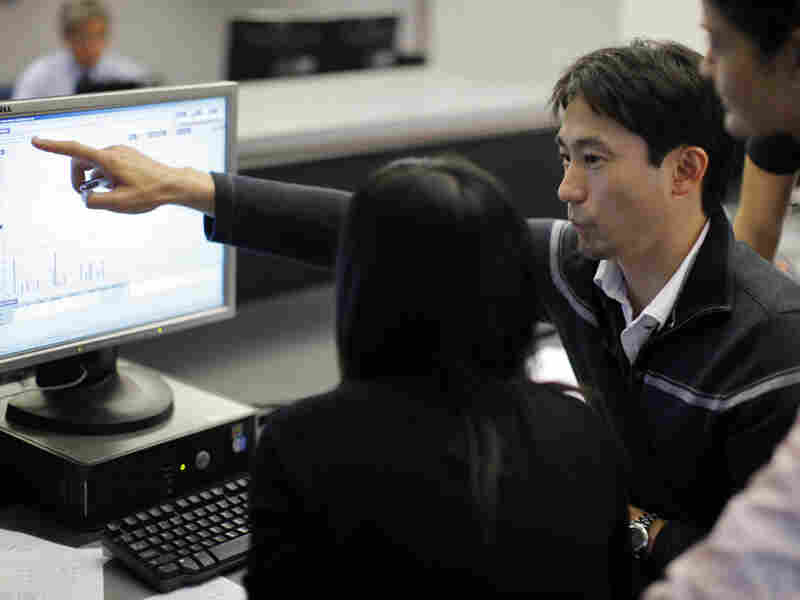 At MIT's Sloan School of Management, students participate in a simulated stock market last July. Investing in stocks when prices are cheap can lead to long-term gains that ultimately bolster one's nest egg. It's a premise many young people understand, but the turmoil of the Great Recession kept some on the sidelines. Brian Snyder/Reuters/Corbis hide caption 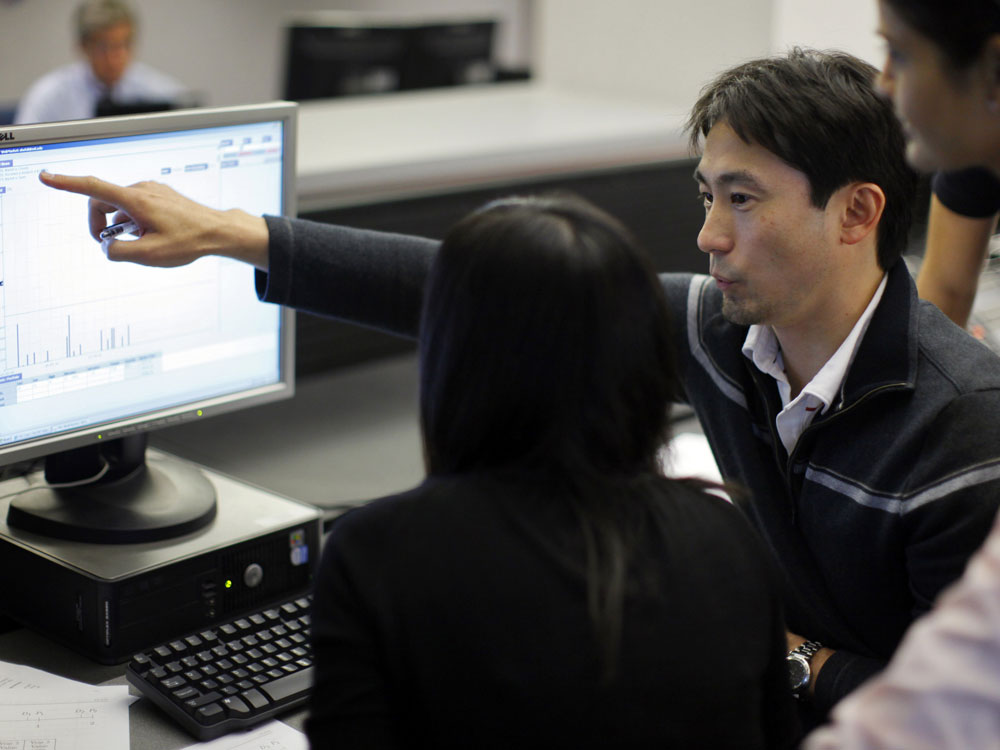 At MIT's Sloan School of Management, students participate in a simulated stock market last July. Investing in stocks when prices are cheap can lead to long-term gains that ultimately bolster one's nest egg. It's a premise many young people understand, but the turmoil of the Great Recession kept some on the sidelines.

Investing for retirement can be complicated. There's lots of jargon, lots of investment choices and lots of worry about whether your investments are safe.

The great advantage of the funds, says Alicia Munnell, director of the Center for Retirement Research at Boston College, is that they automatically move people from stocks into less risky investments, like bonds, as they get nearer to their retirement date.

"Left on their own, they ended up with 65 percent of their assets in stocks in their 50s," Munnell says. "These funds would get them down to 30 to 40 percent, automatically."

The federal government has decided that target-date funds are a good option for retirement savings, too. It has given companies permission to automatically enroll new employees in the funds if they don't make a choice on their own.

Anatomy Of A Lifecycle Fund

Lifecycle funds work by shifting the allocation of stocks and bonds as a person ages to ensure that they have money for retirement. TIAA-CREF offers lifecycle funds. Other companies, including Vanguard, offer this type of fund by a different name: target-date funds.

Percentages may not total 100 due to rounding.

A Variety Of Fund Choices

John Bogle, founder of the mutual fund giant Vanguard, is also a fan. He points out, though, that target-date funds can be very different, so investors need to be careful.

As with other mutual funds, it pays to shop around to find the lowest fees.

More About Lifecycle Or Target-Date Funds

Investors in target-date funds with a retirement day of 2010 found out how different the results could be during the stock market's recent collapse. Some investors lost as little as 10 percent, while others lost four times that much, says Mike Alfred of BrightScope, a 401(k) retirement plan rating service.

"I don't think they expected that given they were only a few years from retirement and were in a fund that was supposed to automatically adjust — they didn't expect to lose that much money," Alfred says.

The problem, he says, is that the mix of investments in different funds varies widely, even ones targeted for the same retirement date.

It became clear after the market plunge that some target-date funds designed for a 2010 retirement date held way too much stock.

In Search Of Transparency

The lack of clarity about the risks involved in different funds has gotten the attention of Congress. "There's no question we need greater regulation and transparency of these products," says Sen. Herb Kohl (D-WI), chairman of the Senate Special Committee on Aging.

Another big issue is the cost of these funds.

"The research we did for the Senate Aging Committee at the end of last year shows very clearly that these funds are 15 to 20 percent more expensive than the other funds" offered in employer-sponsored retirement plans, says Alfred.

The mutual fund rating service Morningstar says that more than half of target-date funds have an annual management fee of 1 percent or more. That doesn't sound like much, but every 1 percentage point in fees can reduce your total accumulation by up to 20 percent by the time you retire. There are target-date funds, though, with fees as low as about two-tenths of 1 percent.

"So there are a lot of red flags flying around target-date funds, even as the fundamental idea of structure and increasing fixed-income exposure as you age is the right idea," Bogle says.

So, Bogle says, investigate before you invest in a target-date fund.