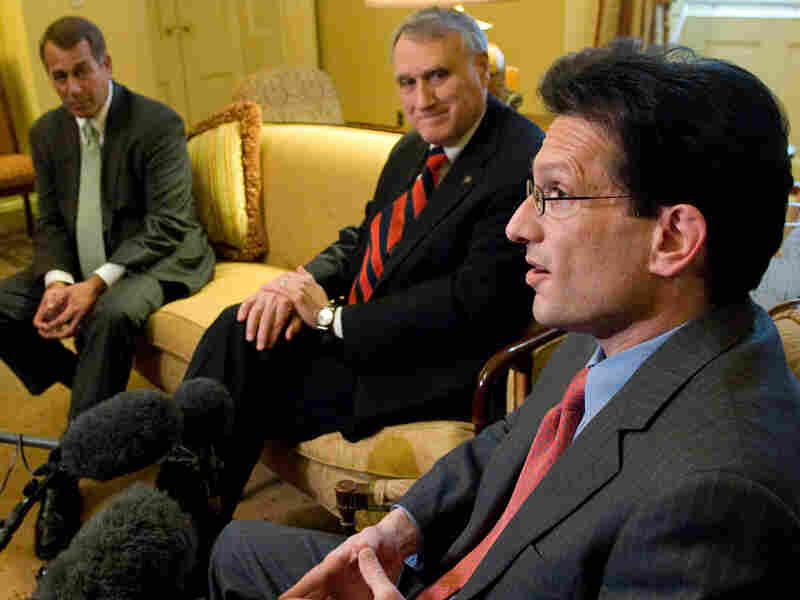 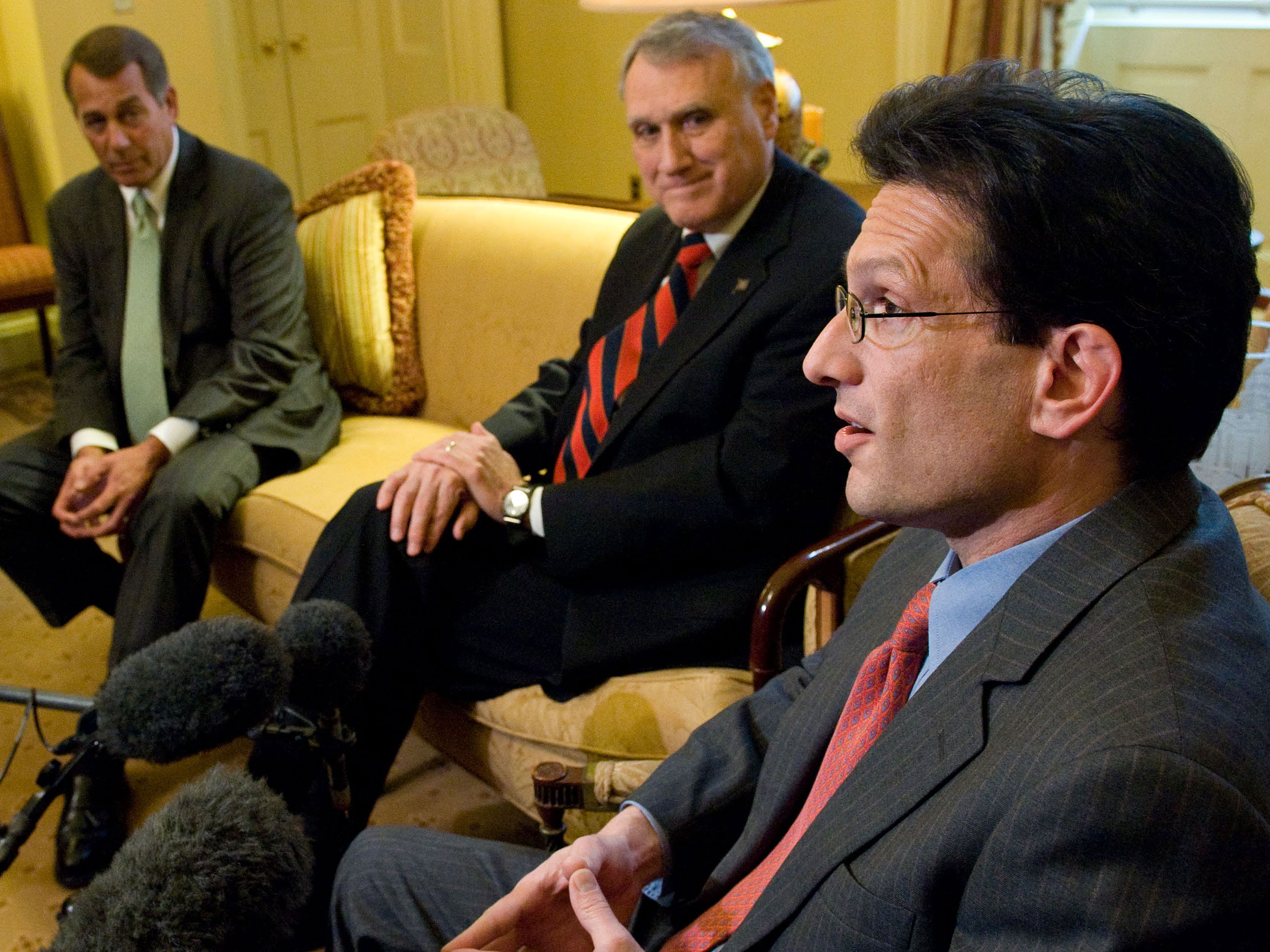 You'd have to be pretty cold-hearted to think somebody should go without insurance just because she has a kid with asthma, was born with diabetes, or survived a bout of breast cancer — just three of the conditions that today would render an individual "uninsurable" in the eyes of the industry.

To fix this problem, President Obama and the Democrats would prohibit insurers from denying coverage, or even charging higher rates, to people with pre-existing medical conditions. It's one of the most stubbornly popular elements of their reform plan, one Republicans have found virtually impossible to attack, at least directly. It's also given the Democrats a great talking point. Whenever Republicans say the country would be better off without reform, Democrats respond by asking what the Republican answer to pre-existing conditions is.

Lately, though, Republicans have been insisting they have an answer after all: "high-risk pools." The idea, as the name suggests, is to separate the people with serious medical conditions from the rest of the population and give them a special insurance plan of their own. The House Republican plan sponsored by Minority Leader John Boehner calls for creating high-risk plans as part of a program that will "guarantee access" to care; House Minority Whip Eric Cantor was talking up the idea Sunday on NBC's "Meet the Press."

Republicans boast that creating these pools will reduce premiums for many Americans. Remember, a typical insurance arrangement includes both healthy and unhealthy beneficiaries: Premiums from the healthy ones end up subsidizing the very high medical expenses of the unhealthy ones. If you remove the unhealthy people from that arrangement and stick them in the high risk-pools, then everybody else's premiums suddenly get a lot cheaper.

But then what happens to the people in the high-risk pools? Without premiums from healthy people to help defray the costs of their medical care, these people face astronomically high premiums — more than all but the wealthiest Americans could afford. The only way to make the high-risk pools work is to infuse them with extra money from some outside source.

And that's where the problems start. High-risk pools are not a new idea. They exist in more than 30 states and rely upon government money for those infusions of extra cash. But the cash is never sufficient, which isn't terribly surprising. The pools serve a small population without a ton of political clout. There's a saying in politics, that programs for poor people tend to stay poor. Well, the same applies here: Programs for sick people tend to stay sick.

Sick in this case means, first and foremost, forcing people in the high-risk pools to pay more than they would if they were healthy people buying standard policies on the open market. Premiums in the high-risk pools are anywhere from 125 to 200 percent of standard premiums. That's more than many eligible people can afford. Demand for the plans remains high, simply because they are still better than nothing. But--again, because of the chronic underfunding — states frequently limit enrollment. Florida's high-risk pool, for example, has been closed to new applicants for years.

That's not the only problem with the high-risk pools. Like any government-run or government-regulated insurance that's available to people regardless of pre-existing condition, it's prone to adverse selection. If people know it's available when they get sick, they might wait until they get sick to enroll. To avoid that, the plans typically exclude coverage of pre-existing conditions for six to twelve months. In addition, many states require that people show evidence of one or two insurance rejections before applying. That can add more time and discourage people from applying altogether.

As Georgetown's Karen Pollitz, who is among the nation's leading experts on this subject, explained not long ago:

In every state that covers the uninsurable with their high-risk pool or offers coverage to the uninsurable, the very condition that made you uninsurable will be excluded as a pre-existing condition, usually for 6 to 12 months. That is a conversation stopper for most people. If you have been diagnosed with cancer, you cannot wait six months to start treatment.

Time's Karen Tumulty knows all about this. A year ago, she wrote about her brother's struggle to find insurance, which included consideration of a high-risk pool in Texas:

While Texas, like 34 other states, has a high-risk pool for those who are hard to insure, the program is twice as expensive as an average individual health-insurance policy. And my brother would have to wait 12 months to join with a pre- existing condition, under the state's "adverse selection" regulations that seek to prevent uninsured people from joining the pool only after they get sick.

If you confront conservatives with this critique, they'll inevitably respond that the problem is funding--as in, not enough. If the government merely funded the high-risk pools more adequately, they say, there'd be enough to subsidize insurance that's comparable to what the private sector offers healthy people, without limiting enrollment.

In theory, that's true. In practice, there's good reason to doubt the funding would materialize. Reliable estimates on the number of medically uninsurable people, and the costs of insuring them, are hard to come by. But the House Republican bill sets aside about $4 billion a year when fully phased in. By comparison, when John McCain proposed creating high-risk pools in the 2008 presidential campaign, his economic adviser, Douglas Holtz-Eakin, estimated it would take between $7 and $10 billion a year to cover all of the medically uninsurable through them. More recently, when my colleague Harold Pollack sized up the Republican proposal, he too determined they would be woefully inadequate.

Indeed, most experts who have studied high-risk pools have concluded that they are, at best, a stopgap measure--in other words, not the permanent solution Republicans imagine them to be. Even under favorable circumstances, they end up as second-class insurance, which really shouldn't be acceptable unless you think the people in them are second-class Americans.

Update: I added a reference to Harold Pollack's assessment after posting this article. In addition, originally wrote that it's true premiums for outside high-risk pools would go down if the pools attracted more people. But a policy expert reminds me that's likely not the case, since most of the people entering the pools would, by definition, be people who don't get coverage now. In other words, they're already out of the primary insurance pool. As a result, giving them access to high-risk pools wouldn't significantly affect everybody else's premiums.

More from The New Republic...

You Think It's So Great Being Rahm Emanuel? By Noam Scheiber

THE PICTURE: Does It Matter Where You See a Piece of Art? By Jed Perl

From THE BOOK: Affirmative Action May Soon Be History, By Richard D. Kahlenberg

The Upside of the Stimulus: It's a Damn Good Policy Laboratory, By Mark Muro

Just How Radical Is John Roberts? By Jeffrey Rosen