Accessibility links
Getty Museum Strikes Deal to Surrender Antiquities The Getty Museum will return 40 artifacts that the Italian government says were looted. The deal allows the Getty — the wealthiest U.S. arts institution, with an endowment of over $5 billion — to keep one key sculpture, a limestone-and-marble Aphrodite, until 2010. 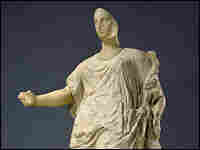 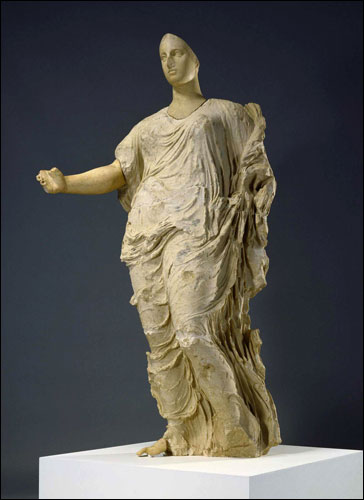 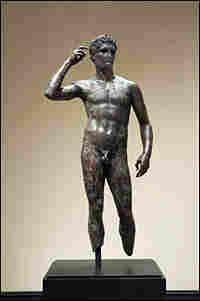 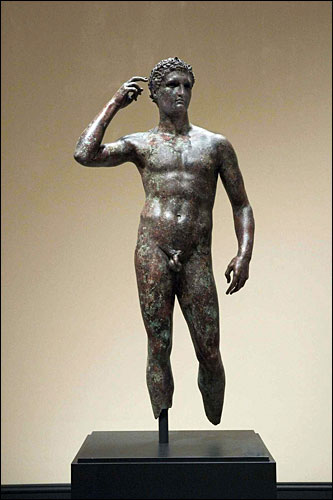 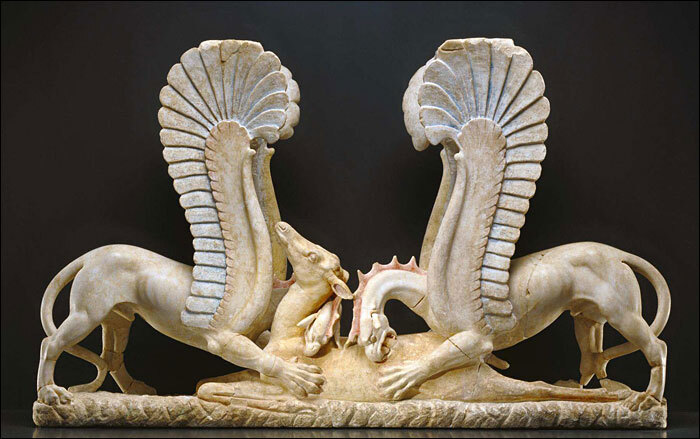 Off to Italy this year: Sculptural Group (Table Support) of Two Griffins Attacking a Fallen Doe, about 325 - 300 B.C.

The Getty Museum is making one of the largest givebacks of looted art in history. Over the next several months, under the terms of an agreement reached with the Italian government, the museum will begin returning 40 disputed objects currently in its collection.

The list includes some of the Getty's most prized objects, including a statue of the goddess Aphrodite from the 5th Century B.C. The museum will get to keep the precious Aphrodite until 2010, longer than the other 39 items.

The Italian government has been on an international campaign to recover items it considers crucial to its cultural heritage. Negotiations between the museum and the Italian government had been deadlocked for years, and recently the Italians threatened never to loan anything to the Getty again. With this agreement, museum director Michael Brand said, there will be an ongoing exchange.

"We will now have a continuing rotation of objects coming from Italy," Brand said. "Some will be very well known, extraordinary objects. Some will be recently excavated objects ... objects that might be in storage somewhere, that we can help conserve and study."

A few years ago, Italy uncovered strong documentation indicating that many items in the Getty's collection had been looted from the nation's archeological sites. The Italians even put former Getty curator Marion True on trial.

The Getty follows the Museum of Fine Arts in Boston and the Metropolitan Museum of Art in reaching agreements with the Italian government to return looted antiquities.

Patty Gerstenblith, a law professor at DePaul University and an expert in stolen antiquities, said these are important steps in righting an old wrong. She lauded the Getty for adopting a much stricter policy on future acquisitions than almost any other museum in the country. Discouraging the looting of archeological sites "is the most important thing that museums can and should be doing at this point," Gerstenblith said.

There is still at least one item of dispute between the Getty and the Italian government — a Greek bronze of a victorious athlete, found in international waters in the early 1960s. The statue was brought into Italy and taken out of the country illegally. For now, the two parties have agreed to disagree about that item.

Despite the ongoing dispute, however, the return of the Getty's 40 objects is a major victory for the Italians in their ongoing campaign to recover their cultural heritage.