Accessibility links
The Chieftains And Ry Cooder Tell 'San Patricio' History With St. Patrick's Day just ahead, an unusual musical mash-up has surfaced. Paddy Moloney and his legendary Irish group The Chieftains have joined forces with Ry Cooder and Latino artists on a new album called San Patricio. The record takes its name from a battalion of the Mexican-American War.

Hear The Chieftains' New Album In Its Entirety 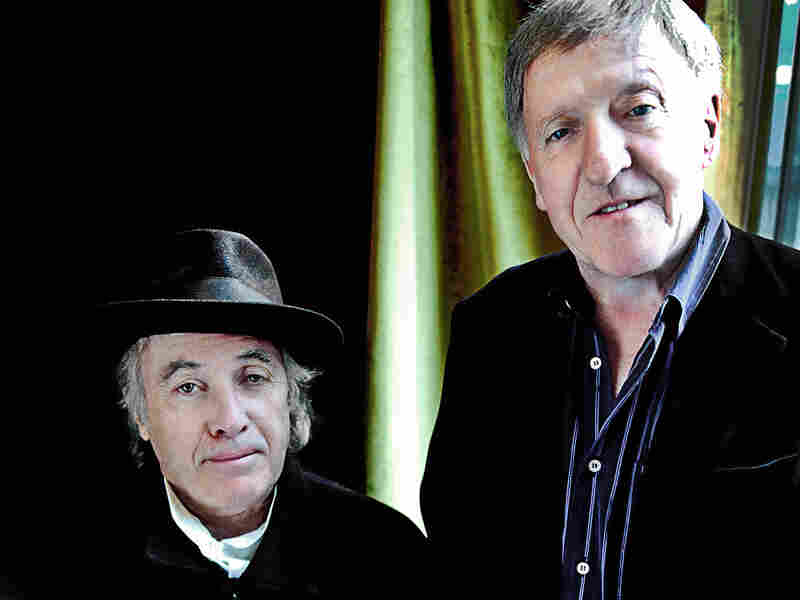 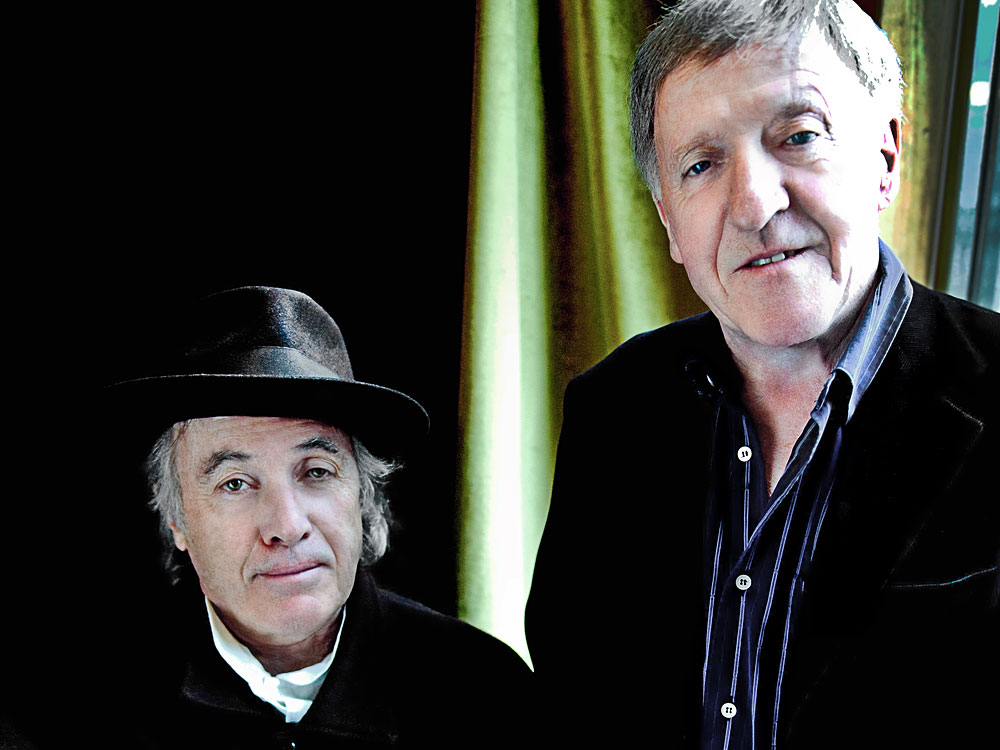 Ry Cooder (left) and Paddy Maloney of The Chieftains.

With St. Patrick's Day just ahead, an unusual musical mash-up has surfaced. Paddy Moloney and his legendary Irish group The Chieftains have joined forces with Ry Cooder and various guest artists on a new album called San Patricio — Spanish for St. Patrick.

The recording comes out Tuesday and commemorates a little-known connection between Mexicans and the Irish. During the Mexican-American War of the 1840s, a group of disaffected Irish-American conscripts led by Capt. John Riley crossed the border to fight with the Mexicans. Riley put together a battalion named the "San Patricio," deserted the U.S. Army and joined the Mexicans to fight on what he saw as the side of justice.

"They fought five very heroic, wonderful battles," Moloney says. "I'm afraid the last one was at Churubusco, which was the finisher-upper, as they say."

The Chieftains' album features a long list of guest artists, including narration by Irish-born actor Liam Neeson of a poem in tribute to the San Patricios.

"It is, as Paddy is saying, a great story," says Cooder, co-producer and guest on the album. "I was never taught this in Los Angeles public schools."

Moloney says he wants this to change.

"It's not right that such an event took place and that it's not in the history books," he says. "It's a great piece of material for people to know about."