Accessibility links
Video Game Technology Shifts To Rewarding Play Video games are integrating ways to sign up for credit cards and open accounts that provide virtual currency. New technologies, including sensors, are also making it possible to offer rewards, similar to frequent-flier programs, for playing or participating in mundane activities. 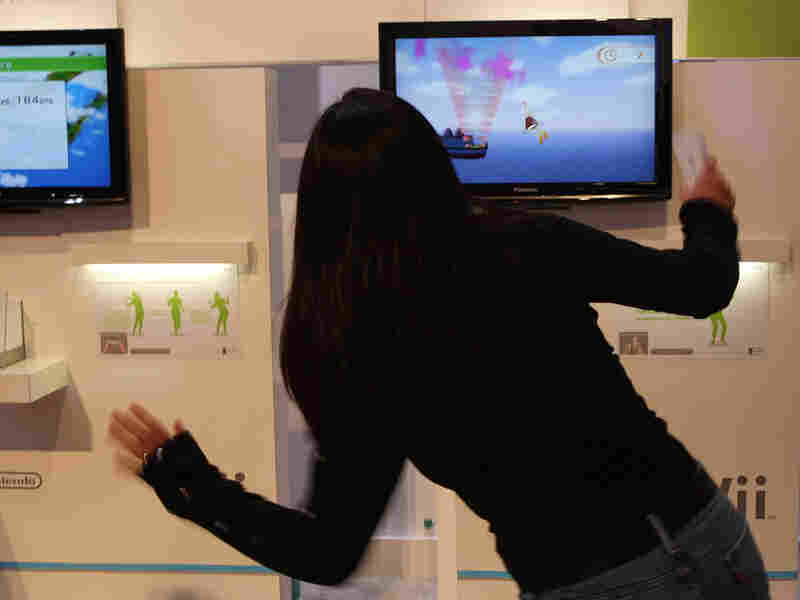 A woman flaps her arms to make a character fly on a Wii Fit Plus game at the Nintendo exhibit at a games expo in 2009 in Los Angeles. Experts say middle-aged women represent the largest demographic playing games online now. David McNew/Getty Images hide caption 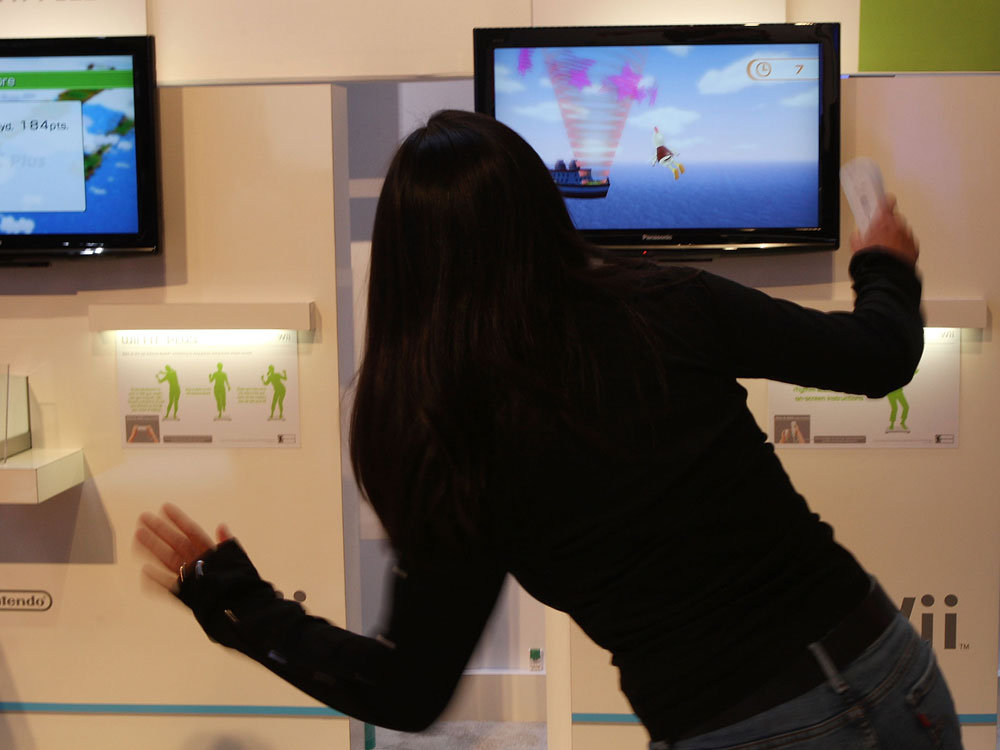 A woman flaps her arms to make a character fly on a Wii Fit Plus game at the Nintendo exhibit at a games expo in 2009 in Los Angeles. Experts say middle-aged women represent the largest demographic playing games online now.

Last year, Americans spent nearly $20 billion on video game equipment. That's double what was spent on video gaming five years ago, according to the NPD Group, a market research firm.

And it's not just teenage boys or college students driving the market anymore.

"There are games now for pretty much every age, every demographic," Jesse Schell, who teaches entertainment technology at Carnegie Mellon University, tells NPR's Steve Inskeep. "More and more women are going online. It comes down to everybody is playing games."

So who has the biggest appetite for games now?

"The single largest demographic that plays games online is middle-aged women," says Schell, who is also a game developer. He serves as the chief executive officer of Schell Games, which he founded in 2004.

More About The Video Game Industry

"Games are just evolving like species in order to fit into every little niche of our lives," Schell explains. Just look at games on Facebook. Most of these are free to play initially; however, they only give you a certain amount of time to play each day. But if you want to play more, you pay for it.

The concept behind the pay system is called "lead generation," Schell says, adding: "The idea here is you can do things like sign up for a credit card, sign up for a Netflix account and they'll give you virtual currency."

The result is that virtual online economies are "becoming real drivers for [the] real economy," Schell says.

Changes are also afoot that will marry new technologies with rewards programs, akin to frequent-flier programs.

"These game systems and the point systems that we know from the real world are going to collide because we're going to have more and more sensors," Schell says." That's one of the things that's changing video games."

Xbox has plans to release a camera that sits on top of a TV that allows a person to control games by moving his body — without any controller whatsoever, he says.

The fact that technologies also are getting cheaper and cheaper also means we'll see more "disposable technologies," Schell says, noting how people may be rewarded for mundane activities.

"Your toothbrush will give you points if you brush your teeth everyday," Schell says. "I think we're going to see more and more of that because technology is just creeping into these places we don't expect."