Accessibility links
California City Not Alone In Charging For 911 Calls When the town of Tracy, Calif., announced last month that it was going to start charging residents for 911 calls, many critics decried the growing practice of charging fees for a public service. It turns out Tracy is not alone; some other cities charge for calls for emergency medical treatment, and the practice is growing. 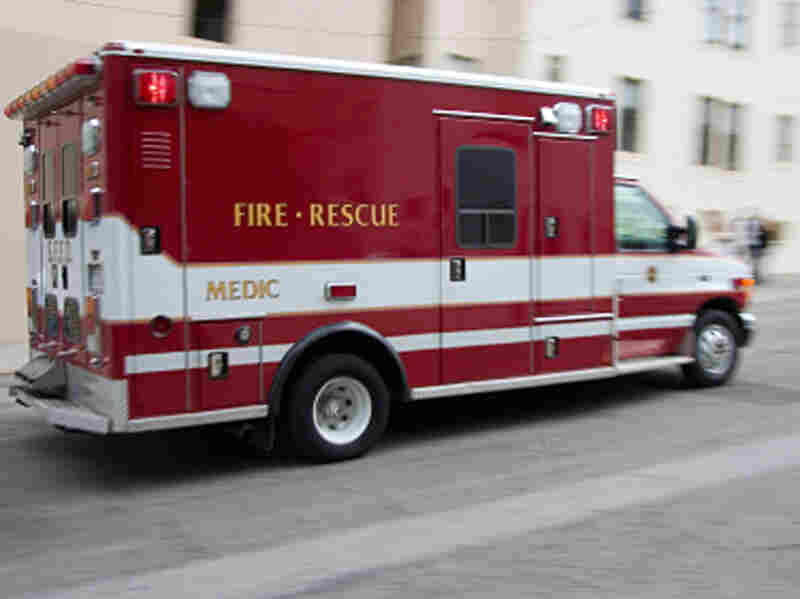 The city of Tracy, Calif. is now charging when its fire department responds to medical emergencies. This practice is not unique to Tracy, or even California, however. iStock hide caption 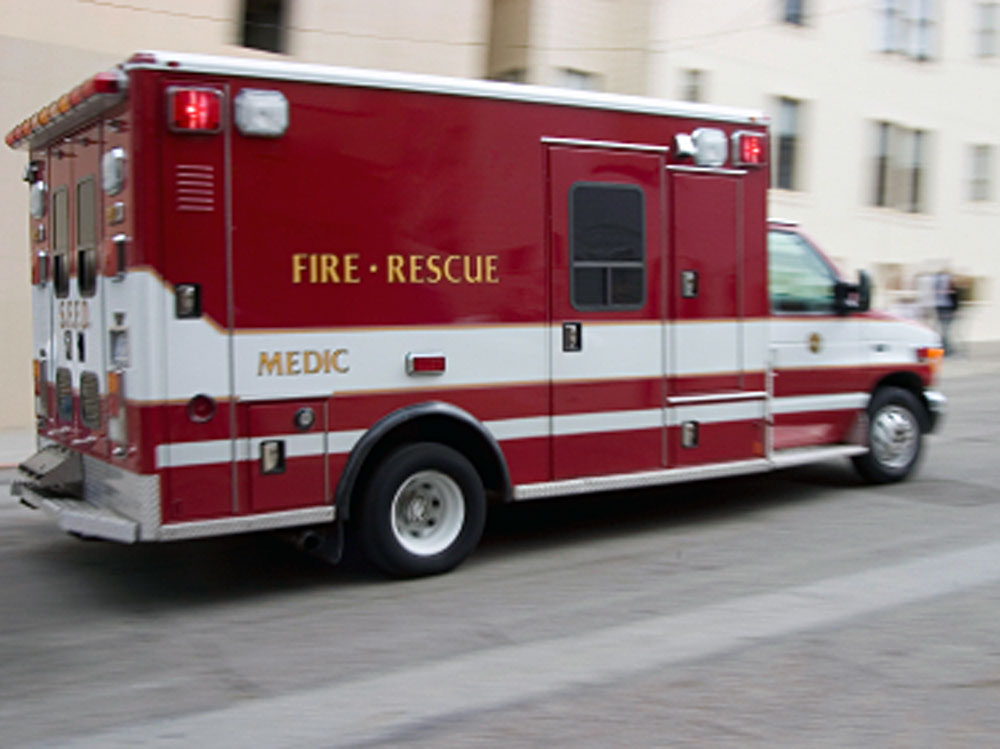 The city of Tracy, Calif. is now charging when its fire department responds to medical emergencies. This practice is not unique to Tracy, or even California, however.

Officials in Tracy, Calif., say they have to start charging when the city's fire department responds to medical emergencies because Tracy needs the extra revenue to balance its budget during the recession. This practice is not unique to Tracy, or even California, however. And it's raising some pesky questions about whether it's a good policy — and who gets stuck with the bill.

Fire engines are often not heading towards burning buildings these days. They're responding to medical emergencies.

Like this incident a few days ago: A patient needed to get to a hospital, so 911 was called. Five minutes later, firefighters were on the scene.

The patient was a man probably in his sixties and apparently suffering from chest pains. But he was conscious and alert. As the crew wheeled him down the hall on a stretcher, he looked up and said, "Call me a cab — it's cheaper."

It's pretty darned expensive to get a ride to the hospital — in some instances, more than $1,000.

There's a general consensus in Tracy that in most cases, the firefighters tend to arrive first. That means they're the first ones to treat the patient. Sacramento-area fire Capt. Roy Cameron says that treatment has become far more sophisticated over his 30 years on the job.

"When I started, we were doing CPR on people — no drugs to push onto them, no monitors," Cameron says. "It was all just everything by hand. It's gotten a lot better. A lot more life-saving techniques make a big difference."

What used to be called "basic life support" is now "advanced life support," or ALS. And the cost has gone up — as have the number of calls, Cameron says.

"But to me, if it's going to save a life, it's worth a million dollars," Cameron says. "You can't put a price on it."

'Can No Longer Do It For Free'

If you need advanced life support, you shouldn't be worrying about whether to make a call that's going to cost you hundreds of dollars. You should just make that call.

But some fire departments do exactly that: They charge several hundred dollars for treating medical emergencies.

"Typically, what these programs are doing is simply recovering the cost of augmenting the service to the community," says John Sinclair, who is the chief of a fire department in Ellensburg, Wash.

Sinclair is the go-to expert on emergency medical services for the International Association of Fire Chiefs. He says it's easy to forget that ALS is part of the health care system, just like an ambulance ride. Fire departments have to pay for it somehow.

"As local communities' public safety budgets are being squeezed, and we look at how we pay for everything, I believe we're going to see more and more systems that historically may have done it for free, that can no longer do it for free," Sinclair says.

And faced with a choice between dropping ALS or charging a fee, Sinclair's pretty sure Tracy won't be the last city to start hunting for cash.

But while health insurance almost always covers ambulance rides, it doesn't always pick up ALS fees. For example, California's MediCaid program doesn't cover them at all.

"If this is a trend that adds cost to the system, then premiums would have to be adjusted to reflect those costs," Childers says. "It wouldn't have a tremendous effect on premiums, but it has the possibility of having that effect."

Or, Childers says, insurers could choose to not cover ALS fees at all.

Jamie Court, with the group Consumer Watchdog, says that might make patients think twice before calling 911.

"If you need advanced life support, you shouldn't be worrying about whether to make a call that's going to cost you hundreds of dollars," Court says. "You should just make that call."