Accessibility links
The Woman Behind 'My Sharona' Sharona Alperin was a teenager in high school when the lead singer of The Knack fell for her. Lead singer Doug Fieger recently died — but not before immortalizing his Sharona in song, and cementing a friendship that lasted well beyond their romance. 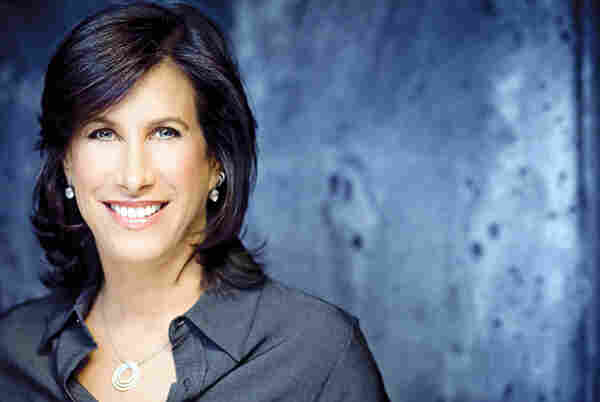 Over 30 years ago, a band called The Knack catapulted to stardom with its hit, "My Sharona." It also made a star out of its muse, a woman named — not surprisingly — Sharona.

The Knack's lead singer Doug Fieger wrote the song for the then-teenager who would become his girlfriend, Sharona Alperin. Fieger died last month after a battle with lung cancer. Alperin, who stayed friends with him, was one of the people at his side during those last days.

Sharona Alperin is now a real estate agent in Los Angeles. But she still remembers when she was introduced to Doug Fieger, by his girlfriend.

"I was about 16 or 17 at the time," Alperin told host Guy Raz. "He was nine years older than me. And within a month or two later, he told me that, 'I'm in love with you, you're my soulmate, you're my other half, we're going to be together one day.' And I was madly in love with my boyfriend at the time, and so it took a year for me to leave my boyfriend."

Alperin remembers the day when she first heard "My Sharona" — before she and Fieger were an item.

The cover art of the single "My Sharona" actually features Alperin posing in a revealing tank top and tight jeans. For some time, she was famous in her own right.

"That was, like, my normal outfit, what I wore all the time, by the way," she says, laughing. "I guess I didn't look at myself as a celebrity, but people were very excited when they met me. And I remember going on tour, and seeing sometimes people dress up. And I'd say, 'What are you dressed up as?' And they would say, 'Sharonas.'

"Not everybody knew that Sharona was a person, or they thought maybe it was a thing. I think in Japan, they might have thought it was the male organ — that's what I heard."

Fieger and Alperin eventually got married to separate people, but they remained in touch. Fieger died on Valentine's Day this year, but Alperin says she went to see him frequently in his final months.

"A lot of his idols, people that meant so much to him in the music industry, came to pay their respects to him," she says. "And it was really beautiful."