Accessibility links
For Developing Nations, Exports Boost CO2 Emissions China is criticized for being the world's largest producer of carbon dioxide, but a new report shows that a quarter of that is emitted while making things for Western consumers. Researchers say that climate policy must account for emissions resulting from trade. 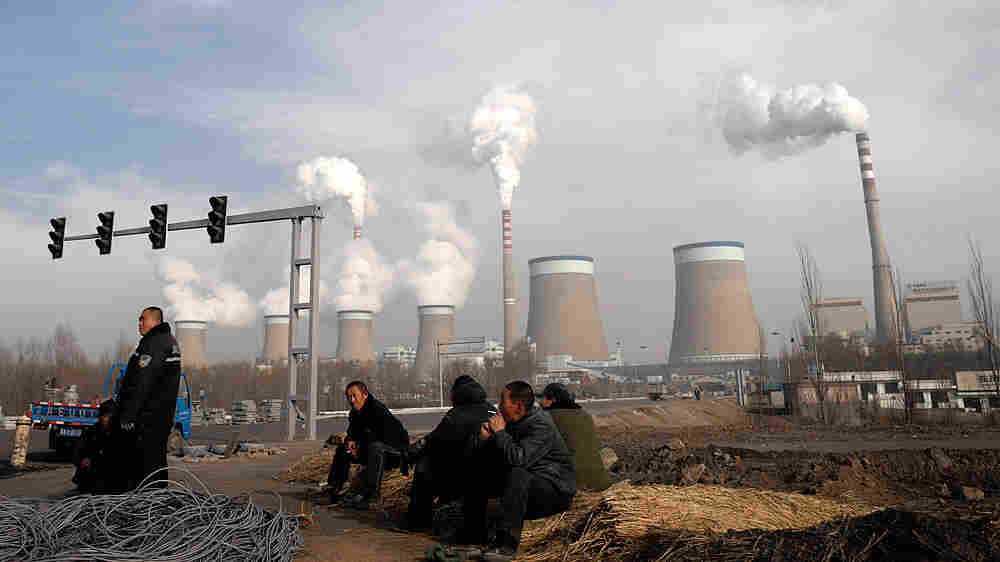 Workers rest in front of the cooling towers of a coal-fired power plant in Dadong, China. Such plants are a major contributor to carbon dioxide emissions. Andy Wong/AP hide caption

If you want to know how much carbon dioxide Americans emit into the atmosphere, it's not enough to look just at the gases that pour from our smokestacks and tailpipes. We also import goods that were made in factories that produced carbon dioxide. In fact, a new study finds that worldwide, about a quarter of emissions are actually the result of imported and exported goods and services.

Take China, for example. A few years ago, China overtook the United States as the world's largest emitter of carbon dioxide, but Steve Davis of the Carnegie Institution for Science says, "Nearly a quarter of the emissions that are produced in China are ultimately exported to consumers elsewhere."

The United States consumes a lot of those carbon-intensive exported goods. So we are in some ways responsible for those emissions. It's still the case that most of the U.S. carbon emissions come from burning coal and oil and natural gas.

But if you add our imports and subtract our exports, the study shows our carbon footprint is about 11 percent bigger than our official emissions numbers suggest. Imports make up an even bigger fraction of Europe's emissions.

"It was pretty surprising to see that between a third and a half of all the emissions related to goods consumed in European countries actually occur outside of their borders," Davis says.

The People Who Reap The Benefits

Some of that is trade within Europe — like French drivers buying BMWs from Germany. But Europe, too, buys a lot of goods from China's heavily polluting industries.

This new analysis, based on 2004 data, is published in the Proceedings of the National Academy of Sciences. Davis' colleague Ken Caldeira co-authored the study.

"Ethicists have made the case for a long time that if some process pollutes, then the people who are reaping the benefit of that process have some obligation to clean up the mess," says Davis. "So if you believe that argument, our results are showing that developed countries that are benefiting from these goods that are made elsewhere have an obligation to lead the global effort to reduce CO2 emissions." 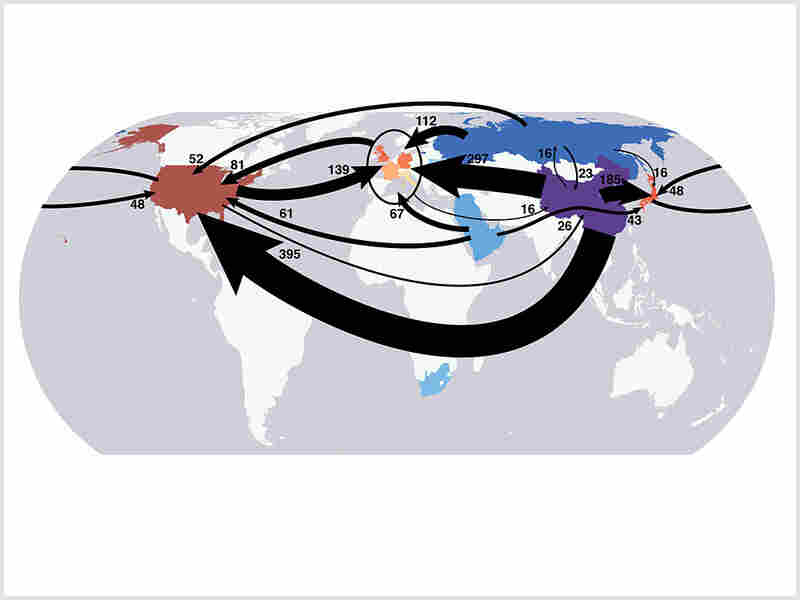 This map shows global emissions of carbon dioxide resulting from the import and export of goods. The arrows indicate direction and magnitude of flow, and the numbers are the millions of tons of carbon. Steven Davis/Carnegie Institution for Science hide caption 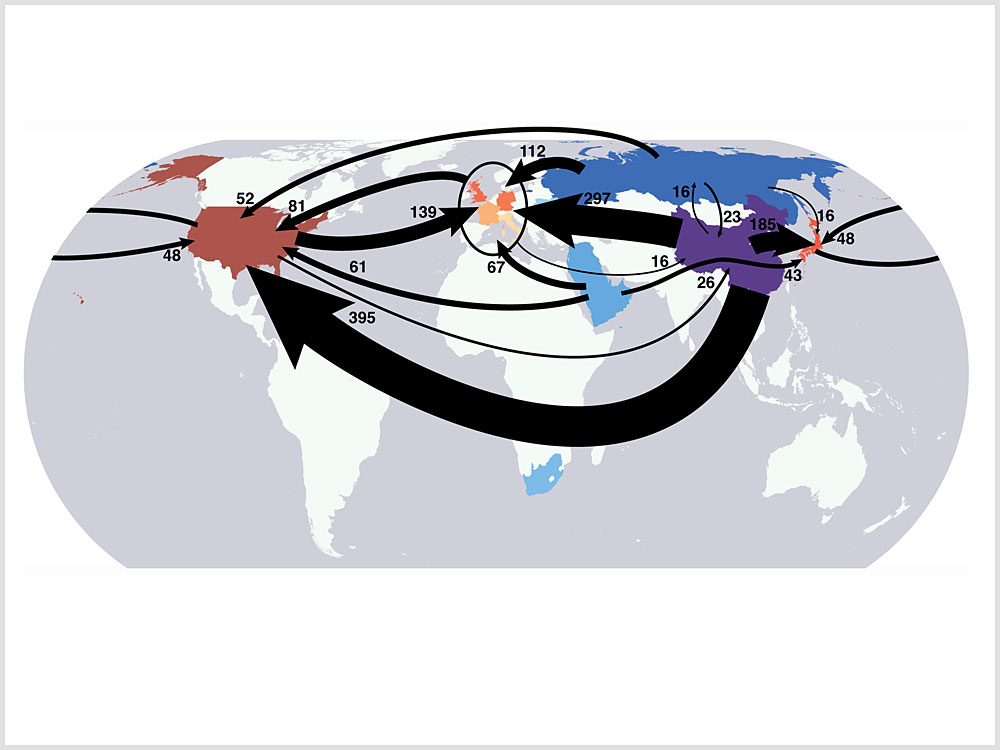 This map shows global emissions of carbon dioxide resulting from the import and export of goods. The arrows indicate direction and magnitude of flow, and the numbers are the millions of tons of carbon.

In fact, China and India made that argument vociferously at the climate talks in Copenhagen. Besides, Davis says, the results highlight a huge loophole in the global response to carbon emissions.

"If the U.S. or Europe restricts carbon emissions but consumers can just import goods from countries where there are no restrictions, then emissions are likely to grow in those other countries, which will undermine any benefit to the climate."

The take-home message for former climate negotiator Nigel Purvis is that as nations like the United States come to grips with climate change, we need to think beyond the emissions within our borders.

"We also need to look at what consumers can do," says Purvis. "They're part of the problem, and they can be part of the solution. In order to engage consumers, we need to make sure they, too, face a price signal, and that they, too, are educated about the effects of their behavior on the climate."

Purvis runs a small policy shop called Climate Advisers. He says that if the world puts a price on carbon, that should be reflected in the cost of all goods that are produced with energy that emits carbon. That ultimately means expanding trade rules — and possibly instituting taxes or tariffs — to include climate costs.

"The trade and climate agendas definitely need to be integrated and mutually supportive," Purvis says. "We need to make sure that what we're doing to protect the climate is contributing to economic growth, but we also need to make sure that international trade is compatible with our climate protection goals."

And he says that's not really happening right now.