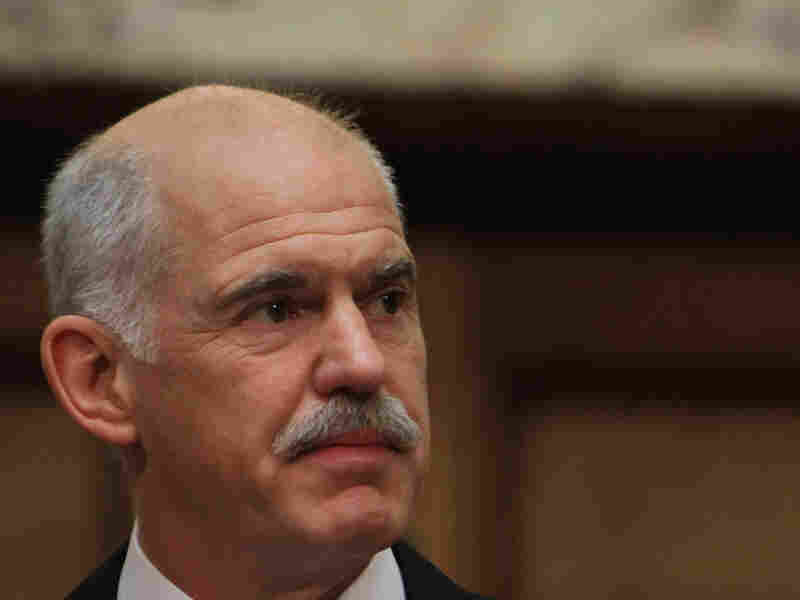 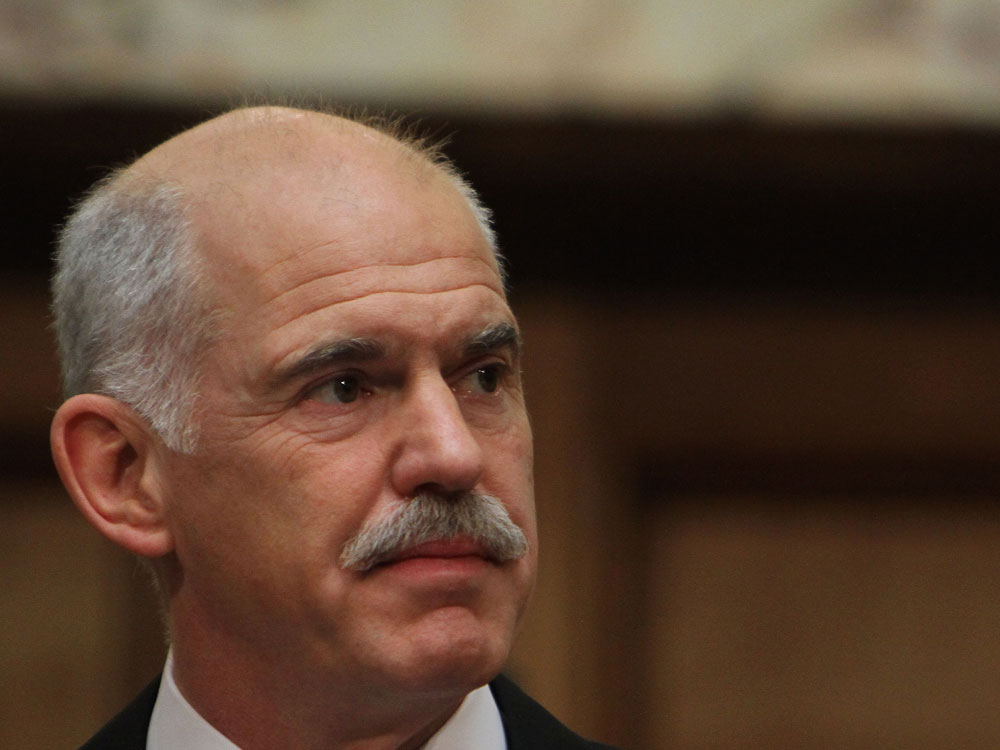 Greek Prime Minister George Papandreou is in Washington this week for meetings with U.S. officials on his country's economic crisis.

"We will be taking actions to see how we can regulate this world market so speculation won't be hitting otherwise healthy economies," Papandreou told NPR's Robert Siegel.

Papandreou, who is in Washington this week for meetings with U.S. officials on the crisis, blamed speculators betting on a Greek default for part of his country's problems. Papandreou meets Tuesday with President Obama at the White House.

The Greek debt crisis has threatened to undermine the credibility of the euro, Europe's single currency in use by 16 countries, and forced the EU to pledge support to help Greece's ailing economy.

In a speech Monday at the Brookings Institution in Washington, Papandreou spoke of "malicious rumors, endlessly repeated and tactically amplified" that have driven up Greece's cost of borrowing money.

"What we had in the press in many parts of the world was that Greece was asking for a bailout, which we were not, Greece is going to default, which we would not," Papandreou told Siegel. "And that, of course, could have become a self-fulfilling prophecy."

Papandreou acknowledged, however, that much of the country's economic troubles can be traced to Greece's failure to balance its books, saying the country "fully take[s] responsibility" for its problems. He also said that when he took power last October, he did not know the extent of Greece's debt or its deficit. The government wanted to make changes that would have cut deficits, but the markets were jittery, he said.

"The international markets ... wanted to see immediate results, and that's why we had to bring in an austerity program, which is obviously hurting, but it's necessary as sort of the bitter medicine in order that we can gain the time to make the more radical or more deep changes in our administration," he said.

The austerity measures are aimed at reducing the country's 12.7 percent budget deficit. Papandreou has warned that his country may turn to the International Monetary Fund if Europe cannot provide a solution. Such action would be embarrassing to Europe, as it would suggest the EU is incapable of dealing with internal problems.

"I think the Greek case has highlighted this debate [on cooperation], and I would hope that from this debate and from this problem we actually use this as an opportunity to strengthen more coordination in the eurozone and in the European Union," he said.