Accessibility links
More Than 'Madea': Tyler Perry Changes Course Playing a foul-mouthed, gun-toting grandma made Tyler Perry a big — and frequently criticized — name in black entertainment. But Perry, who was an executive producer on the Oscar-winning film Precious, is now looking to take his work in a new direction. 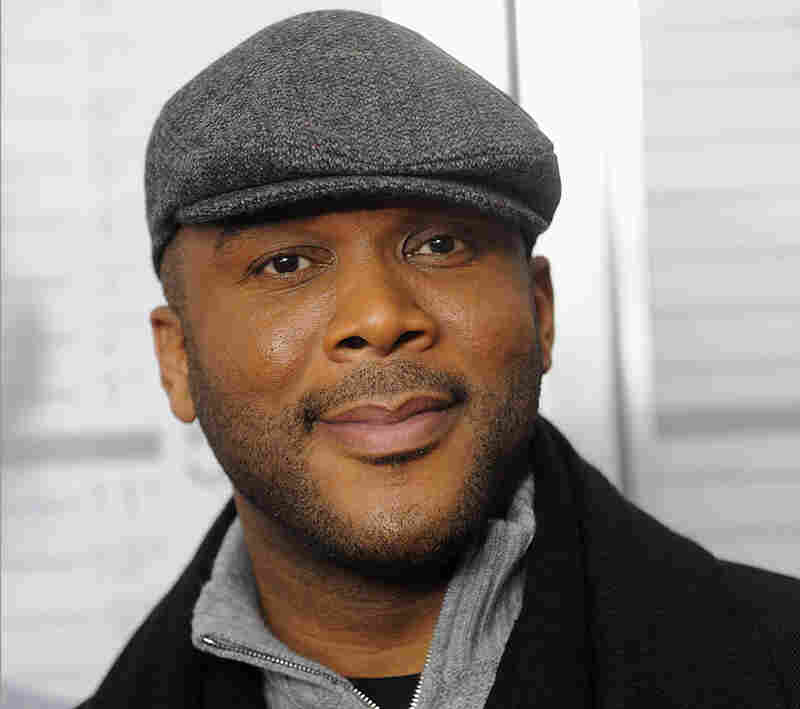 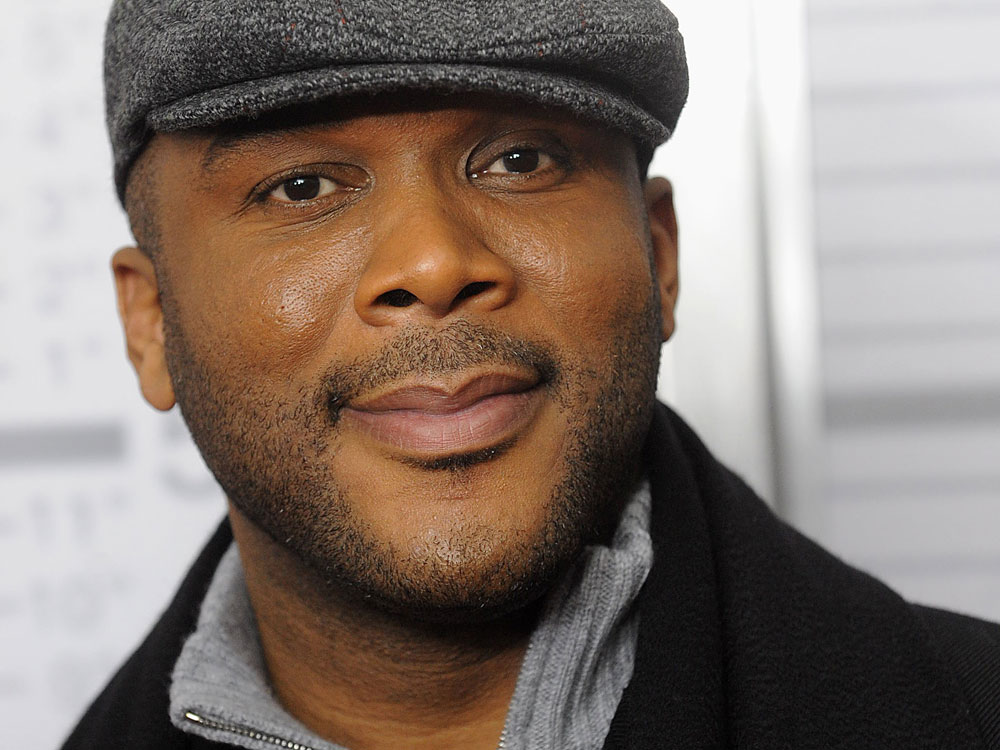 Tyler Perry recently launched 34th Street Films, an art-house division of his Atlanta studio. It's named for Miracle on 34th Street, because Perry — a high school dropout — says his life is a miracle.

Tyler Perry is a tall, handsome guy who became a star playing a foul-mouthed grandma with a gun. The character Madea made Perry one of the biggest names in black entertainment. And he's on a roll: He's written, directed and starred in half a dozen hit movies mostly focused on women.

Perry's films have pulled in more than $400 million in the past few years. His next, Why Did I Get Married Too?, will be released in April, and he was an executive producer on the Oscar-winning movie Precious. Perry is now touring the country with a stage play featuring Madea. Perry relies on his black female fans, and he's finding new ways to tell more serious stories.

Perry clearly gets an enormous kick out of his signature character, a rowdy old hell-raiser who thumps kids when they're sassy. Perry admits his work is not exactly highbrow.

"I'm often criticized because the movies are so predictable and so simple," Perry says. But he thinks people forget that he's trying to reach both young and old audiences. "My fan base is so broad, so I tell a simple story on purpose," he says.

Perry's stories rely on a blend of faith and humor to appeal to the largely female Christian audience who has transformed this former high school dropout into one of the entertainment world's most formidable new figures. But the criticism he's received has been harsh. 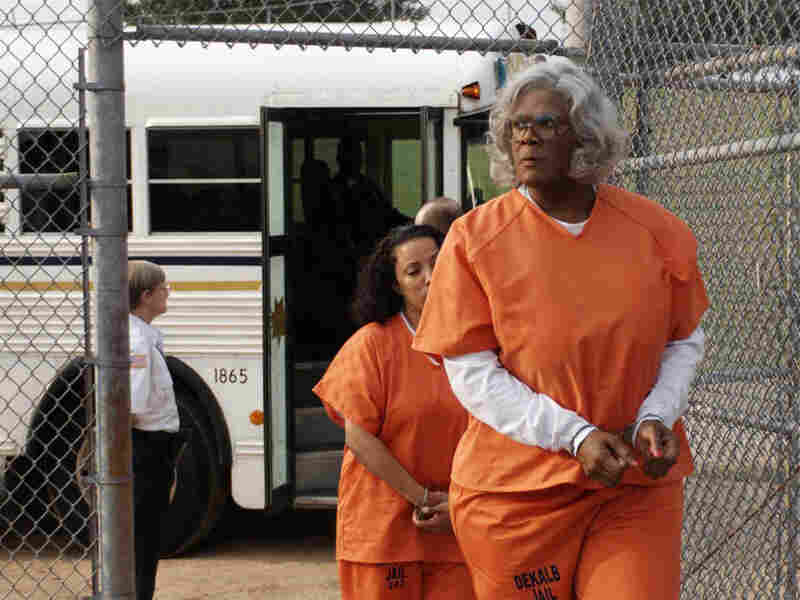 Perry as gun-toting grandma Madea in Madea Goes To Jail. "I've kind of painted myself in a box with the Tyler Perry brand," he acknowledges. Alfeo Dixon hide caption 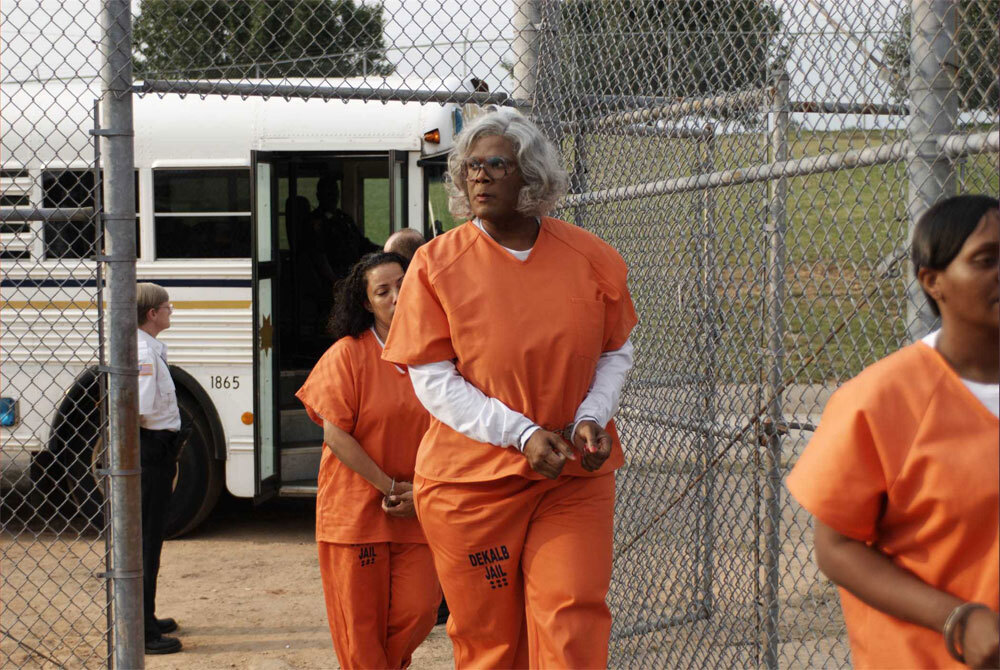 Perry as gun-toting grandma Madea in Madea Goes To Jail. "I've kind of painted myself in a box with the Tyler Perry brand," he acknowledges.

"Black women slapping a man upside the head, telling jokes about the crackhead woman character ... You're on perilous ground when you present these things as humorous," Peters says. "What crack has done to the African-American community and women in particular — these are troubling things."

But Perry says he is passionate about telling women's stories. It's always been the basis of his artistic drive, as well as the source of his financial success. Still, Perry's approach to women's stories has recently diversified.

The movie Precious: Based on the Novel 'Push' by Sapphire could not be more different from Perry's previous projects. It's artsy, disturbing and — new for Perry? — critically acclaimed. Perry identified with the main character — an obese, illiterate teenage girl, abused by her mother.

"My mother was my protector growing up, because I was in a house like the one in Precious," Perry says. "She would take me everywhere with her to protect me. So I went to hair salons, and I went to the Lane Bryant, and as a little boy I soaked up everything. So a lot of times when I'm writing, I'm thinking about those women and those experiences." 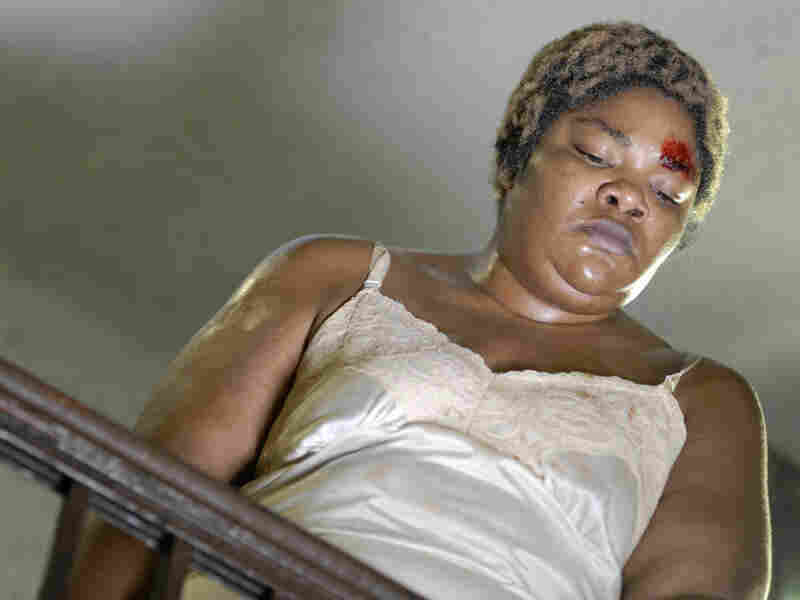 Mo'Nique won an Oscar for her role as an abusive mother in Precious; Perry was an executive producer on the film. Ann Marie Fox/Lionsgate hide caption 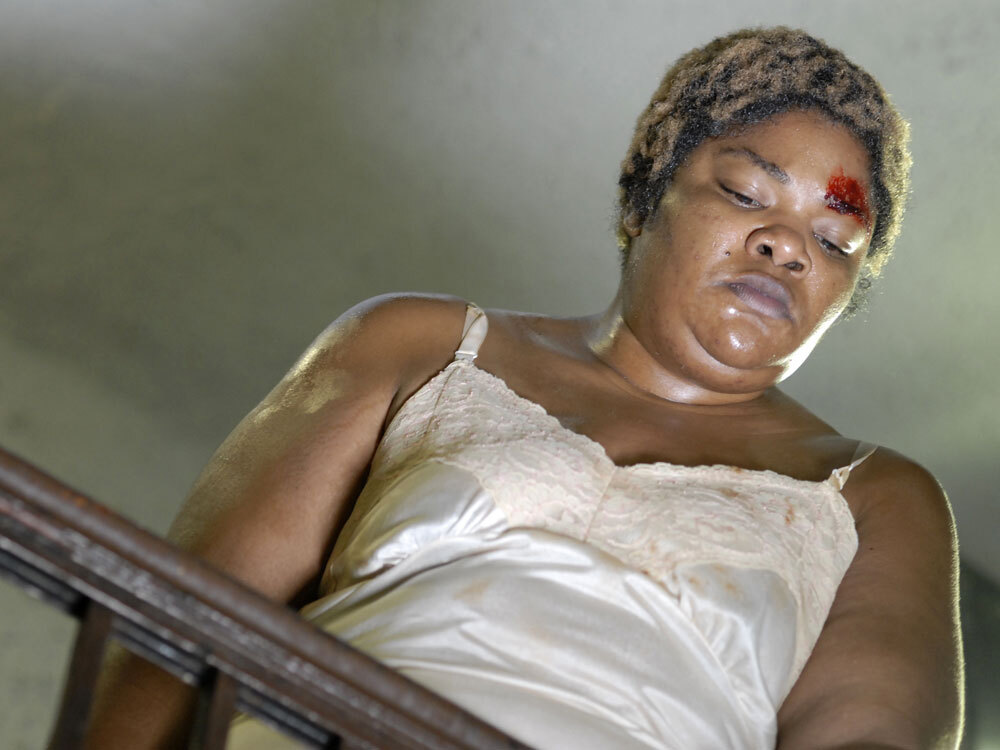 Mo'Nique won an Oscar for her role as an abusive mother in Precious; Perry was an executive producer on the film.

Perry has drawn on those experiences for his movies, TV shows and plays throughout his career. He says Madea comes from the same place as Precious; she's based on real women, who have also been his intended audience. Now, though, Perry wants his stories about women to create a broader cultural impact.

"I've kind of painted myself in a box with the Tyler Perry brand," he acknowledges.

And while he's not going to abandon Madea, Perry says he'll soon retire her for a while.

"It's very risky ... on so many levels, and that's why I started this other company to do these types of films," Perry says.

Perry has essentially started an art-house division, called 34th Street Films. It's named for Miracle on 34th Street, because Perry says his life is a miracle. In his 20s, he lived in his car. He spent years writing a musical that eventually found a following in the black theater circuit.

Now, barely two decades later, Perry owns a massive movie studio in Atlanta. He's filming an adaptation of a play that embodies the revolutionary thrill of black feminism and identity politics in the 1970s.

Written by playwright Ntozake Shange, For Colored Girls Who Have Considered Suicide When the Rainbow Is Enuf ran on Broadway and was filmed for public television decades ago.

The play lyrically delves into different aspects of black womanhood through a chorus of seven actresses, colorfully identified as Lady in Red, the Lady in Yellow, the Lady in Blue.

Perry did not take to For Colored Girls at first. He says the play was written around the time he was born, and he didn't realize how "powerful and amazing it was."

The notion of "Madea" directing this play shocked some black intellectuals. Perry doesn't blame them.

"I'm shocked, too," he says. "I think they have every right to be shocked, and I've even seen outrage: 'How dare you touch this.' ... Rest assured there will be no Madea, and they can also rest assured I'm going to stay very true to what Ntozake's done."

Perry's For Colored Girls began filming in the fall, and it's scheduled for release next year. He's scripting, directing and producing it. Perry's been cagey about the cast, but it's rumored to include friends like Oprah Winfrey and Jill Scott.

Perhaps Perry can guide the play to a new generation of young women, says Peters, the professor of African-American literature. "As long as he doesn't play one of the roles, OK?"