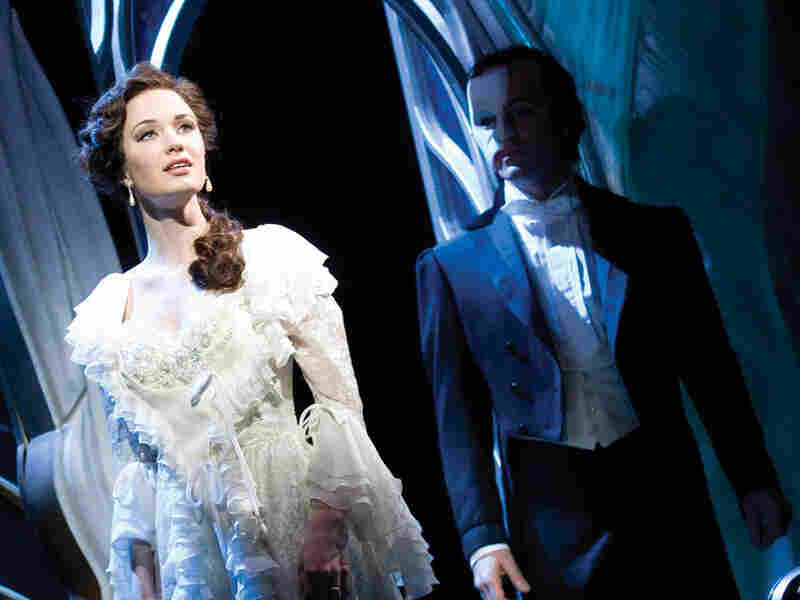 But Does It Change Everything? In Love Never Dies, Paris Opera star Christine Daae (Sierra Boggess) accepts an invitation from an anonymous impresario to perform at Coney Island. She soon discovers that her mysterious new patron is her onetime mentor and lover, the former Phantom of the Opera (Ramin Karimloo). Catherine Ashmore hide caption 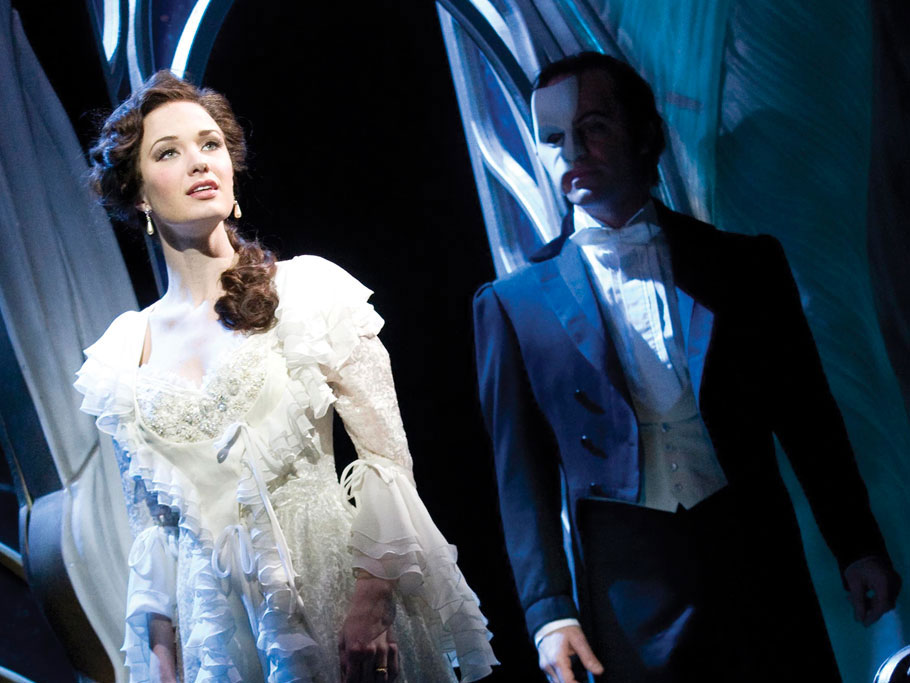 But Does It Change Everything? In Love Never Dies, Paris Opera star Christine Daae (Sierra Boggess) accepts an invitation from an anonymous impresario to perform at Coney Island. She soon discovers that her mysterious new patron is her onetime mentor and lover, the former Phantom of the Opera (Ramin Karimloo).

This album is available on Amazon and iTunes.

When last we saw the evil genius behind the mask, he had mysteriously disappeared from his lair underneath the Paris Opera. But he's back.

Actually, he never left: Twenty-six years after the premiere of The Phantom of the Opera, the monster hit musical is still running at Her Majesty's Theatre in London. And nearby, on the evening of March 9, Andrew Lloyd Webber unveils a sequel that, with productions already planned for Broadway in November and Australia in 2011, will almost certainly be coming to a theater near you.

Lush and romantic, Love Never Dies picks up the story 10 years after the chandelier-crashing events of Phantom, with its love triangle involving the disfIgured genius composer, his beautiful opera-singer muse and the dashing count Raoul. The new show is set at New York's Coney Island, where the Phantom has become a rich impresario running a freak show. The singer, Christine, now has a 10-year-old son, who's a musical genius himself.

Lloyd Webber says the idea of writing the sequel came to him some 15 years ago, in a conversation with Maria Bjornson, the set designer of the original Phantom.

"I remember saying to her, 'You know, I think it's slightly unfinished business, because all we do is we just leave a mask on a chair,' and what happened?" he explains. "What did happen? Did Christine really live with Raoul happily ever after? I doubt it. So, there had to be a continuation of the story."

The original Phantom of the Opera isn't just the most popular musical of all time; it may be the most popular entertainment of all time. It's still running in the West End and on Broadway; its tours and sit-down productions have played to over 100 million people in 27 countries, grossing more than $5 billion worldwide. (The film adaptation, with Gerard Butler as the Phantom, earned an additional $150 million.) As a result, says International Herald Tribune critic Matt Wolf, the anticipation for Love Never Dies has been almost impossibly high. 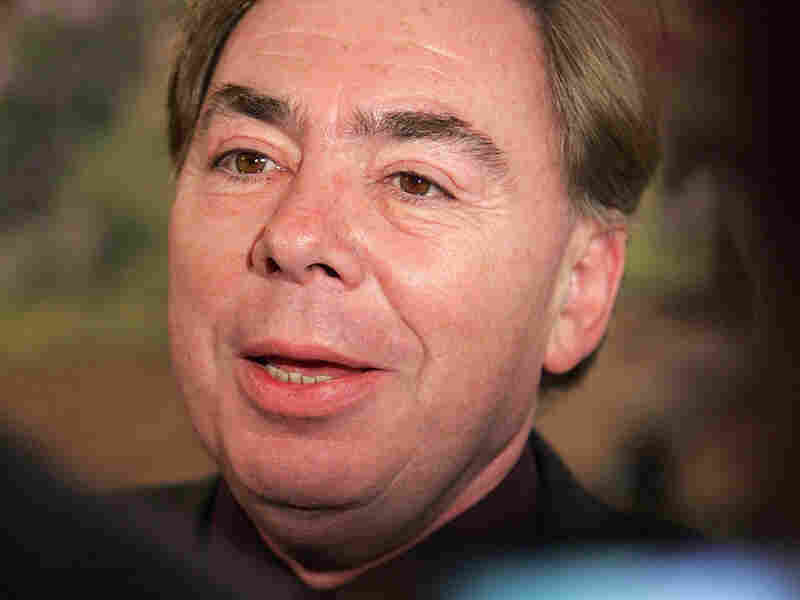 Composer Andrew Lloyd Webber chose the backdrop for the Phantom-Christine reunion after watching a documentary about Coney Island and deciding that the Phantom's new home should be among the freaks and oddities of the seaside resort. Paul Hawthorne/Getty Images hide caption 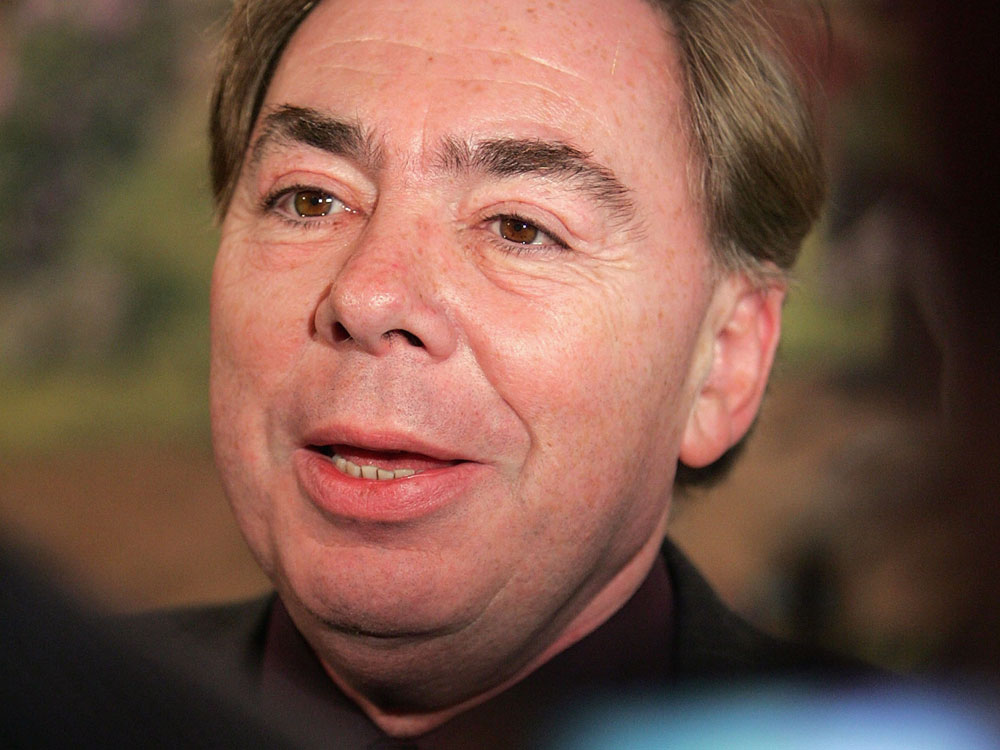 Composer Andrew Lloyd Webber chose the backdrop for the Phantom-Christine reunion after watching a documentary about Coney Island and deciding that the Phantom's new home should be among the freaks and oddities of the seaside resort.

Lloyd Webber On The Success Of 'Phantom'

Lloyd Webber On Using Music From 'Phantom' (Or Not)

"I think people are very interested because it's been a very long time since Andrew Lloyd Webber had a big global smash hit," Wolf says.

Jack O'Brien, the Michigan-born director tapped for the project, says following such a global smash has been both intimidating and irresistible.

"I realized, right at the outset, that no one would thank us for doing this," says O'Brien, a Tony Award winner whose resume extends from Stoppard to Hairspray. "I realized that we probably would never get, critically, a fair evaluation, because how can we? So what you're thinking about is being consistent, being honest, honest to the characters, honest to Andrew Lloyd Webber and his music. In other words, you don't think about the rest of it. You just don't."

Lloyd Webber says he has poured himself into every note of Love Never Dies. And he is feeling confident about it.

"I think 'Till I Hear You Sing' is probably as strong a song as I've ever done," he says. "And I think it's a stronger song than 'The Music of the Night.' I actually think that the score, overall, goes a lot further than the original Phantom."

O'Brien says the evocative setting — Coney Island, at the turn of the 20th century — provides a perfect backdrop for the new melodrama.

"It was Sodom by the Sea, and it was permissive and it was fast bucks and it was a fertile ground for criminality," he says. "It was all of the best and worst early nascent hot stuff in America, rolled up in one area. What a great playground for the Phantom to come to!"

Still, it's the rekindled romance between the Phantom and Christine that drives the new show. Sierra Boggess, who played Christine in the Las Vegas production of Phantom and plays her in the sequel as well, says the characters have matured.

"This is high romance, but more grown up," she says. "It's not fantasy anymore. She's not singing on the rooftop to this beautiful man in a tuxedo, you know? It's sort of damaged love."

O'Brien says that at this point in Lloyd Webber's career, the showman has already more than proved himself — but that in many ways, Love Never Dies is the riskiest thing he has ever done.

"It's like a late, great romantic work [in which] he is trying to deal with himself, his own self-knowledge, his own ghosts, his own past," O'Brien says. "I mean, you cannot not see him in the pigment of this piece, because he's back there behind his own musical mask, pulling the strings — and hoping for, I think, acceptance."