Accessibility links
Protecting Companies That Mix Profitability, Values Businesses can be either for-profit companies or nonprofit organizations. The law doesn't recognize a corporate form that falls in between. But some want to protect these "for-benefit corporations," so companies can balance profitability with social and environmental policies, without the threat of a lawsuit.

Imagine you're a new baby-food company that wants to promote a certain social vision: You use organic ingredients, and you're at the cutting edge of employee benefit policies.

You also want to grow and make money. But that might jeopardize your social values. 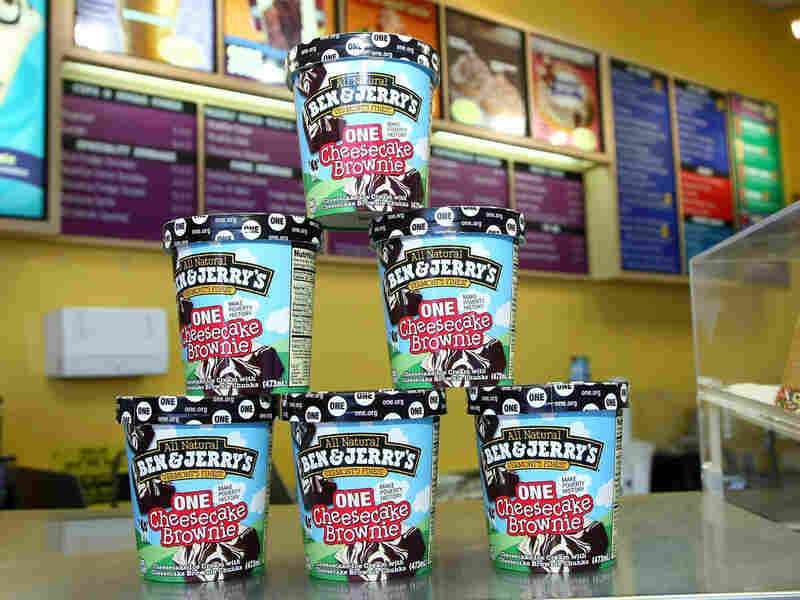 The laws required the board of directors of Ben & Jerry's to take a buyout offer from a company that didn't necessarily fit its social mission. Alberto E. Rodriguez/Getty Images hide caption 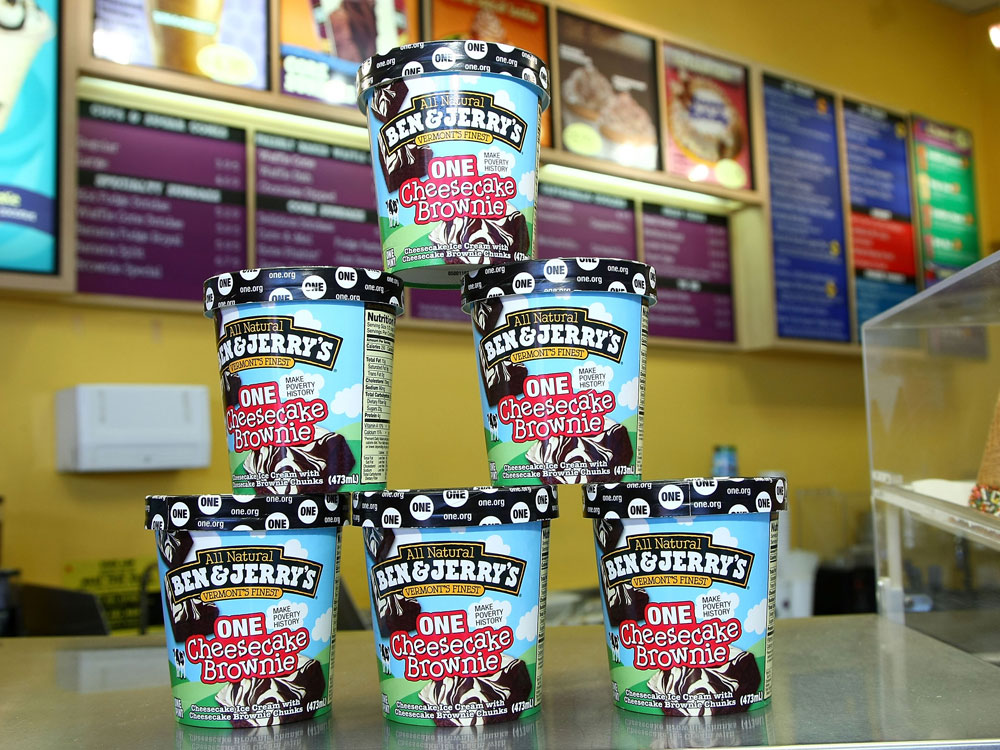 The laws required the board of directors of Ben & Jerry's to take a buyout offer from a company that didn't necessarily fit its social mission.

Now, a network of lawyers across the country is working to change the law so that social entrepreneurs can grow their businesses without risking their visions.

There's a fast-growing company in San Francisco called Method. Every year it sells about $100 million worth of household cleaning products, but the company's founders say they aren't just out to make money. They say they strive to use nontoxic materials and renewable resources, and they minimize energy consumption in the manufacturing process. Co-founder Adam Lowry says that is more important than profits.

"What we're not going to do is say, 'Let's do this ugly, dirty, toxic thing because it's going to make us more money,' " Lowry says.

Lowry joins a growing number of entrepreneurs driven by a desire to do some social good. The problem, he says, is that corporate law is not on their side.

"In most bylaws of most companies, there's a provision that says that the shareholder is king," he says.

And if shareholders think you're sacrificing profits for some other non-profit-making reason, they can sue you.

Nearly 350 Ben & Jerry's locations dot the country, but in the early days, Ben & Jerry's was small and local. It used its product to take political stands. The company sold chocolate-coated "peace pops" and began using hormone-free milk. It donated 7.5 percent of its annual profits to small community projects.

As the company grew, it needed some cash. So it went public. Things went really well, and years later, huge offers rolled in to buy Ben & Jerry's.

Co-founder Ben Cohen thought the company could better protect its social mission if it stayed independent. But he says the law was on the side of shareholders.

That entity was European conglomerate Unilever. Lawyers told the board members that shareholders could sue if they turned Unilever's offer down. Cohen says individual board members were concerned that the company didn't have adequate insurance to cover a lengthy court battle, and that they'd be personally responsible for the legal fees.

"I think most people that are sitting on a board are not willing to lose their house for the privilege of sitting on that board," Cohen says.

And so they sold to the highest bidder. That helped set the stage for today's young, idealistic companies.

"As it exists today, there's not a good framework for the entrepreneur who wants to create an entity that really mixes profitability and mission," says Todd Johnson, who heads a group of California lawyers that's trying to change that.

He says that right now, businesses can be either for-profit companies or nonprofit organizations. The law doesn't recognize a corporate form that falls in between.

"Traditionally, directors of for-profit corporations are, at certain points, required to maximize shareholder profit, over and above other obligations that they have," Johnson says.

Johnson and others are trying to rewrite laws in seven states, which define "for-benefit corporations" and require their boards to balance social and environmental policies with profit. Johnson hopes California will take the lead.

"California is a unique state because it has such a high concentration of these kinds of companies already," Johnson says.

But Vermont might get there first. Legislation in Ben & Jerry's home state is expected to pass this spring.