Accessibility links
Sunnis Who Fled Iraq Remain In Exile Since the U.S. invasion of Iraq, about 4 million Iraqis have fled their homes. Another 2 million have fled the country entirely. Throughout the war, NPR's Deborah Amos has spent much of her time with Iraqis who fled to Syria, Jordan and Lebanon. She has a new book out: Eclipse of the Sunnis: Power, Exile and Upheaval in the Middle East. 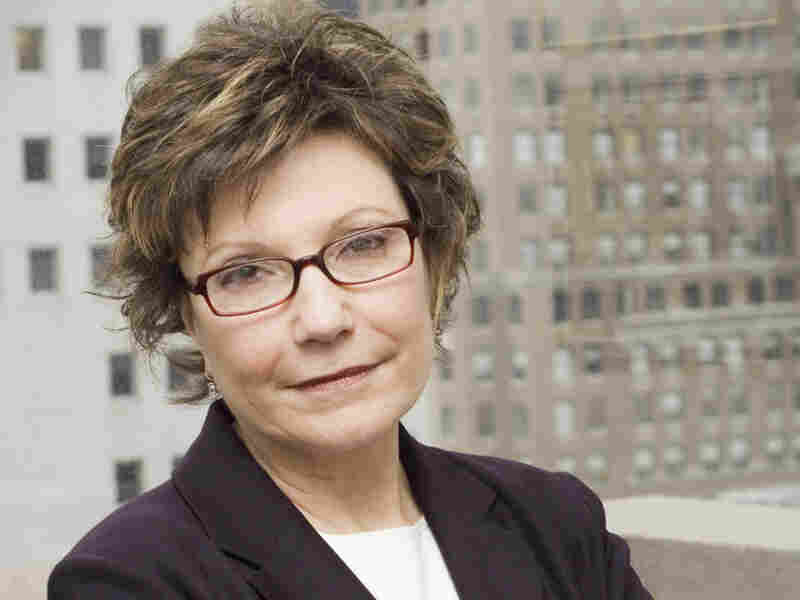 American troops are starting to come home from Iraq, but many Iraqis have yet to return to their homes. In the violence since the U.S. invasion, about 4 millions Iraqis had to leave their homes. Another 2 million left the country entirely, and many are still outside its borders.

Throughout the war, NPR's Deborah Amos has spent much of her time with Iraqis who fled to Syria, Jordan and Lebanon. Many of them are Sunni Muslims, a minority sect in Iraq.

"One of the reasons I wanted to call this book Eclipse of the Sunnis is because I thought that part of the story has been under-reported and misunderstood," Amos says. "They are a testament to how far Iraq still needs to go."

She says that majority rule, as it stands in Iraq, is not democracy. In the U.S., there is a rule of law; there are religious protections and protections for minorities.

Excerpt: 'Eclipse of the Sunnis' 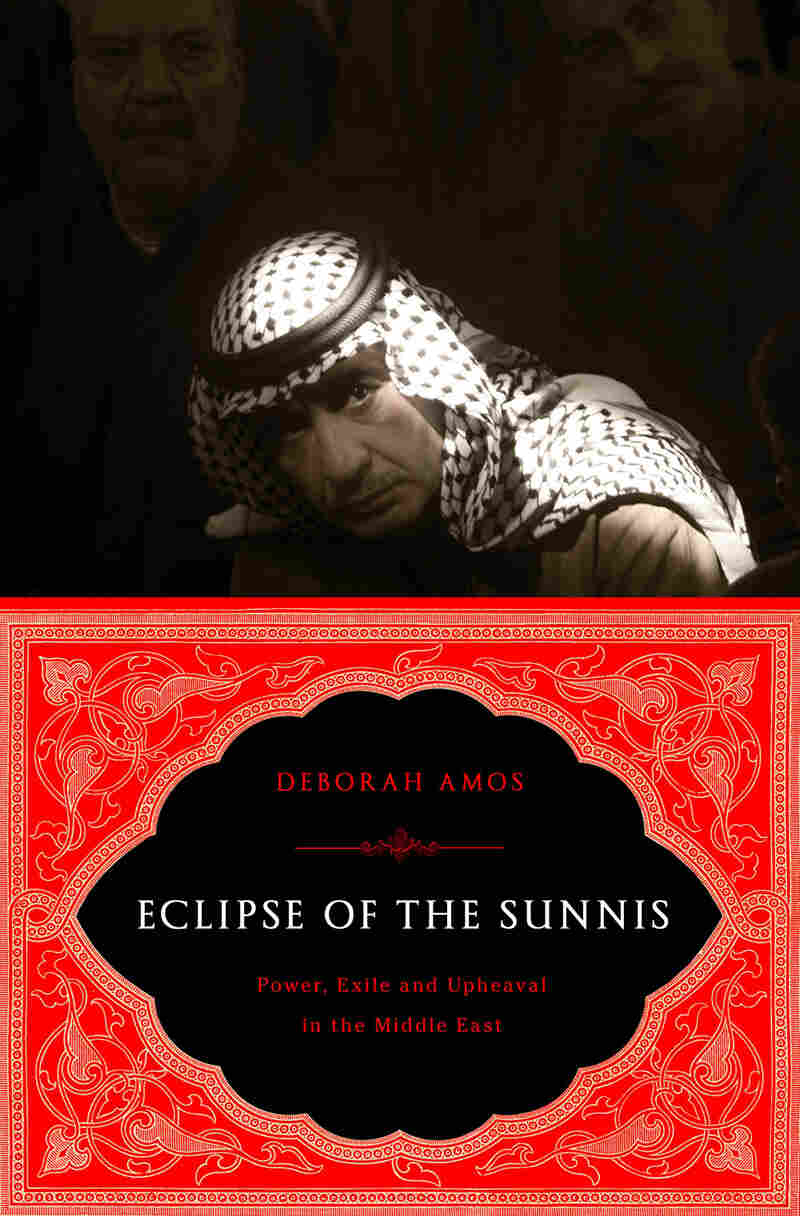 In the day-to-day political warfare in the Middle East it was easy to miss the big picture. Other times, the big picture came into focus as sharply as a face in a ski mask at the car window.

The question followed an insistent knock. The ski mask added menace. A mob of men with automatic rifles, rocket-propelled grenade launchers, pistols, and hand grenades interrogated my driver, whose name was — and you couldn't invent a more appropriate one — Jihad. He had agreed to take me from Beirut to the Syrian border. On a spring day in 2008, our car was forced to stop so the driver could answer one of the most defining questions of the post-Iraq Middle East.

A day earlier, the Lebanese army had closed the main four-lane highway between Lebanon's capital and the border crossing, but Jihad, an experienced driver, knew an alternate mountain route, through Lebanon's scenic resort towns of Broumana and Zahle, then down the winding roads past the rich agricultural fields of the Bekaa Valley. As we approached Majd al Anjar, a Sunni farming village that occupied a strategic position, I could see young men — shebab — standing behind burning tires and armed with heavy clubs and automatic rifles. It was a preview of the chaotic scene at the border a few miles away.

A hundred yards from the border itself, an armed mob controlled the roadway. A farm tractor had been used to push together a large dirt berm, an unofficial checkpoint for the taxis, buses, and private cars that forced passengers to gather their luggage and walk to the border office. Angry and suspicious, the young men from Majd al Anjar shouted, swung their weapons, and leveled their automatic rifles menacingly from behind the dirt berm. Undisciplined and leaderless, they would soon swarm over passengers and drivers alike.

"Sunni or Shiite?" another gunman hissed as Jihad unloaded my luggage from the trunk. Jihad, unfailingly polite, released a breath when he answered a second time. Jihad and I had driven together many times before. I knew him to be a religious man; he prayed five times a day. However, the question he was being asked was not a test of his Islamic devotion but of his sectarian loyalty. Lebanon had adopted the checkpoint ritual and the threatening sectarian language of Iraq. There were even more direct connections with Iraq.

The glowering men at the Lebanese border were from a farming village that had dispatched scores of young Sunni men to fight or volunteer for suicide operations against the U.S.-backed Shiite government in Baghdad. The village was "jihadi central" — a recruiting center for Al Qaeda and a well-known smuggling hub for "foreign" jihadis on the way to Iraq. The religious leaders of Majd al Anjar preached a radical ideology that declared Shiite Muslims to be infidels, and therefore targets to be killed.

The sons of Majd al Anjar were prepared to fight to restore Sunni supremacy in Iraq against what they saw as the aberration of an Arab Shiite government under American patronage. But the events of that month, May 2008, revealed a more striking parallel: As in Iraq, in Lebanon the Sunni Muslim order was failing and being displaced by a more powerful Shiite political organization — in this case, under the patronage of Iran.

The fury on the Lebanese border had been stoked a few days earlier when Hezbollah, Lebanon's Shiite militia, had closed down the road to Beirut's airport and then swiftly taken control of the streets of West Beirut — humiliating the amateur Sunni militias imported from villages in the north and recently armed by Sunni political powers in the capital. On the border, the young Sunnis of Majd al Anjar were not connected to Lebanon's traditional Sunni elite, the militias, or the political parties that claimed to represent Sunni interests. This mob had seized the roadway entirely on its own in retaliation for Hezbollah's airport closure. As soon as news of the border takeover reached Beirut, no Shiite drivers were to be found heading for the border. Jihad was a Sunni. I made sure of that before we left Beirut, a question I had never needed to ask him before.

He and I joined the line of people trudging toward the border post, dragging luggage over the dirt path through the berm, past the snack shops and currency exchange booths, past gun-toting older men sitting on plastic chairs, past young boys who had been attracted by the electricity of expected violence in the air. The Lebanese army was stationed nearby, down an alley, protected behind the concrete wall of an empty building. I could see soldiers perched on top of armored personnel carriers, relaxed, smoking cigarettes. The uniforms stayed on the sidelines watching the anarchy nearby. They made no move to unblock the road or confront the roadside Sunni militia. The border police had retreated to the passport control office for protection from the mayhem they expected to break out at any moment. They solemnly stamped my travel document without looking up. The Lebanese state still notionally controlled the official border with Syria, a few miles away. Syrian cab drivers, usually idling on the other side of the border, were allowed to wait on the Lebanese side. In Middle

East fashion, border officials saw a way to ease the chaos. The gunmen had stopped Lebanese cab drivers from crossing the makeshift dirt berm, so that opened up a business opportunity for the Syrian cabbies and a crucial service for stranded Lebanese passengers. "Syria? Syria?" the drivers whispered, hailing passenger with a promise of escape from Lebanon's sectarian storm.

The blockade, brimming with potential violence, lasted for a few days during which, for the most part, the border stayed open. The Lebanese army eventually forced the angry young men back to Majd al Anjar.

"In a tribal system, the perception of power is more important than power. So you have to bang on the table," said Timur Goksel, a former UN official and now a lecturer at the American University in Beirut. He confirmed that the border demonstration was one way to bang the table, but the banging was the sound of defeat. The Sunnis of Lebanon were losing. Hezbollah and Lebanon's Shiite community had gained in the latest round and would continue to do so, even while losing parliamentary seats in a national election in 2009 but retaining the power to dominate the Lebanese government. The confrontation on the streets of West Beirut raised fundamental questions about Lebanon's future and its identity. Lebanon's political institutions, the "democratic sectarian system" on which the country was built, had been strained, perhaps to the breaking point.

"The Shiites want more power and they see you have to fight to get it with a gun," Goksel said, sadly. Many of his students had joined in the fight, he told me. "Many of the militiamen go to the American University in Beirut. These kids come from the best families." I had trouble envisioning the gunmen on the streets of Beirut sitting in the conflict management class that Goksel taught.

Free-wheeling Beirut did not look or feel like a tribal society. The old Levantine spirit, the Lebanese model of sectarian mixing, still seemed alive; Beirut was the bridge-city between East and West. On Hamra Street, the commercial district, Internet cafes, the Starbucks coffee shop, and late-night bars and nightclubs catered to the various tastes of the city. But Lebanon was built on a sectarian system institutionalized by the French, the colonial power until World War II. In Lebanon's case, the entire country — from the Mediterranean coastal cities to the Lebanon mountains to the fertile Bekaa Valley — was carved out of Syrian territory, devised to provide a protective state for Maronite Christians in the predominantly Muslim Middle East. In 1943, the National Pact required that both the president and the army commander must be Maronite Christians. The prime minister would be a Sunni; the speaker of Parliament, a Shiite Muslim; and the deputy speaker, a Greek Orthodox Christian. The agreement also called for the Maronite Christians to accept Lebanon as an Arab rather than a Western country, and for the Muslims of Lebanon to abandon aspirations to unite with Syria. The power distribution and Christian dominance reflected demographics confirmed by a census carried out in the 1930s, but the population of Lebanon had changed dramatically since then. Shiite Muslims claimed they were now the single largest sectarian group and demanded what they saw as a fair share of power. "Iraq rules" were operating in Lebanon: Sectarian identity offered protection where the central state was weak.

From the book Eclipse of the Sunnis by Deborah Amos. Reprinted by arrangement with PublicAffairs, a member of the Perseus Books Group. Copyright 2010. 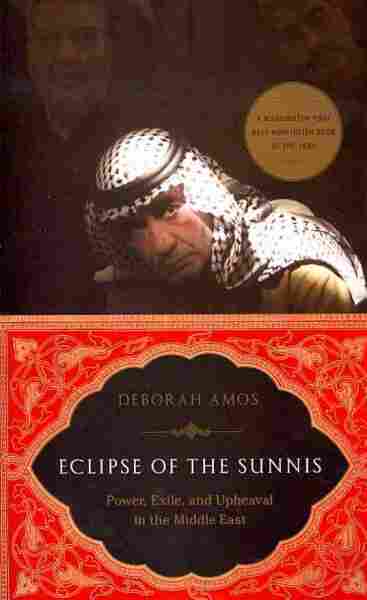 Eclipse of the Sunnis

Power, Exile, and Upheaval in the Middle East