Accessibility links
Movie Review - 'Mother' - From Korea, A Thriller Hitchcock Would Admire In Mother, Korean filmmaker Bong Joon-ho turns in a taut mystery about a woman who takes it upon herself to investigate the murder of a teenage girl in the effort to prove her son's innocence — and ends up uncovering much more than she bargained for. 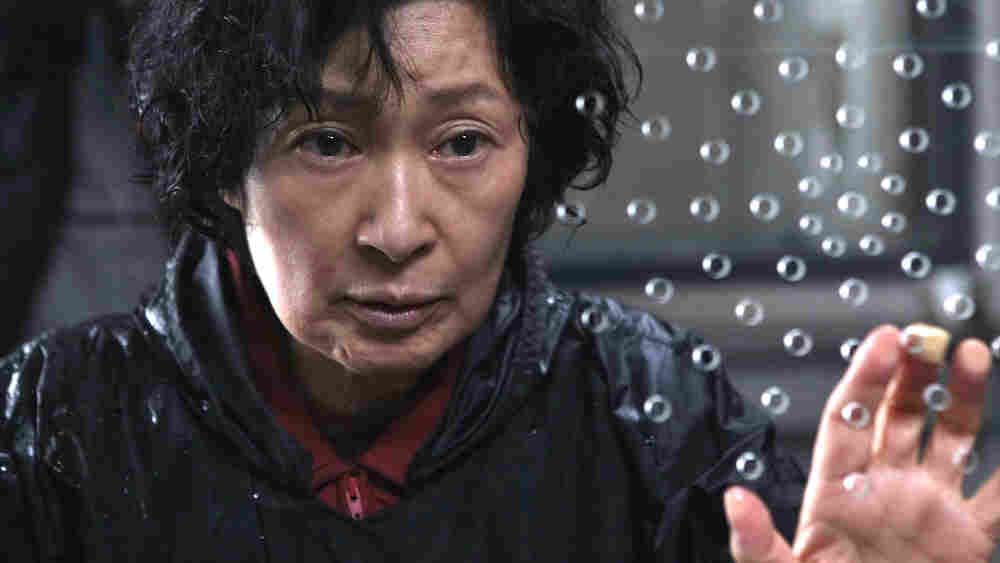 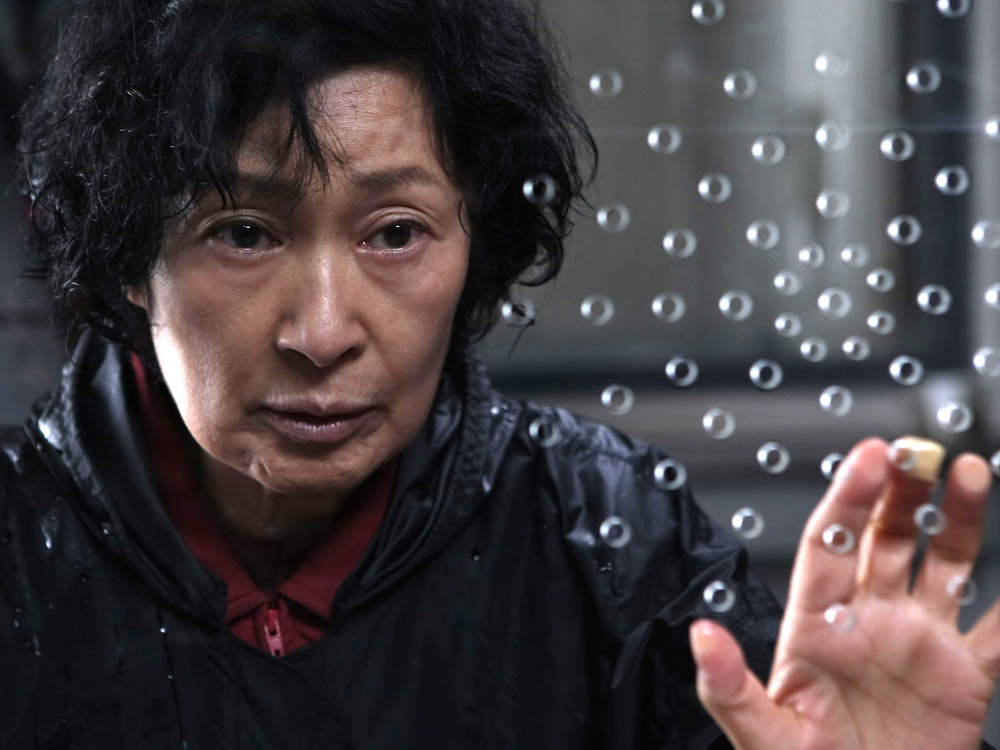 Mother Knows Best: Kim Hye-ja plays the unnamed protagonist in this murder mystery about a devoted mother whose simple-minded son is charged with murdering a teenage girl.

Rated R for violence and sexuality

'His Case Is Closed'

'Actually, My Son Didn't Do It'

'This Is The Lawyer'

In Bong Joon-ho's flawlessly constructed new mystery, Mother, the title character uses maternal love to illuminate the shadowy case of her son, a murder suspect. But this pure light is all too effective, revealing things she'd rather not see.

The most versatile of today's internationally known Korean directors, Bong had his biggest success with The Host, a monster movie. Mother forgoes special effects and is more like a cross between the filmmaker's first two features: Like Memories of Murder, it's a tale of homicide in a rural backwater. Yet in tone it's closer to Barking Dogs Never Bite, which turned the tables on its protagonist with darkly comic glee.

The movie begins by introducing the unnamed mother, played by Kim Hye-ja, an actress known in Korea for more conventionally maternal roles. Then we meet her pride, and her trial: son Do-joon (Weon Bin), a 27-year-old with the concentration of a preschooler.

Poor but dignified, Mother makes a meager living from traditional herbal remedies and also does some unlicensed acupuncture on the side. One of her skills is slipping a needle into the proper site to banish troubling recollections. Do-joon doesn't need this technique, because he has precious little memory. But someone else eventually will.

Mother and son live on the margins of South Korea's affluent society, a status Bong establishes with the movie's first incident: Do-joon is grazed by a speeding Mercedes, whose driver doesn't even slow down. So Do-joon's hothead pal Jin-tae (Jin Gu) takes his slow-witted friend to the local country club to confront the hit-and-run driver. While Jin-tae threatens to pummel the upscale motorist and his friends, apparently harmless Do-joon forgets why they're on the club's golf course, distracted by a childlike pleasure.

The country-club incident sends Do-joon and Jin-tae to the police station, but the conflict is settled easily. Things get more complicated when a teenage schoolgirl's body is found. Based on circumstantial evidence, the sloppy and inexperienced local police arrest Do-joon. Convinced of her boy's innocence, his mother hires a lawyer who turns out to be useless and — like several of the movie's other characters — motivated principally by money. So she begins to probe the murder herself.

As a detective, Mother isn't very professional, but she is thorough. She learns that the victim was a notorious local figure with a demeaning nickname; she also tracks the girl's cell phone, which might identify a potential killer. But the investigation swerves in an unexpected direction when Mother locates a possible witness to the slaying. The relationship with her son also takes a surprise twist, as the man-boy suddenly remembers an incident from his childhood.

With formidable skill and twinkling perversity, Bong works a narrative sting that Hitchcock would have admired. Aside from the oddly jaunty music, Mother starts out dry and minimalist, with stark widescreen compositions that suggest its mode will be naturalistic. Then the absurdities begin to mount, and the ironies multiply.

A satire as a well as a murder mystery, the film depicts contemporary Koreans as mercenary and alienated. In the face of such social decay, holding the family together is elemental. So Mother must be right, even when she's very wrong.