Accessibility links
Afghan Women Wary Of Overtures To Taliban Taliban rule was a dark period for women in Afghanistan, and they want to make sure their fears are not forgotten as the new government in Kabul tries to find ways to make peace with the fighters. 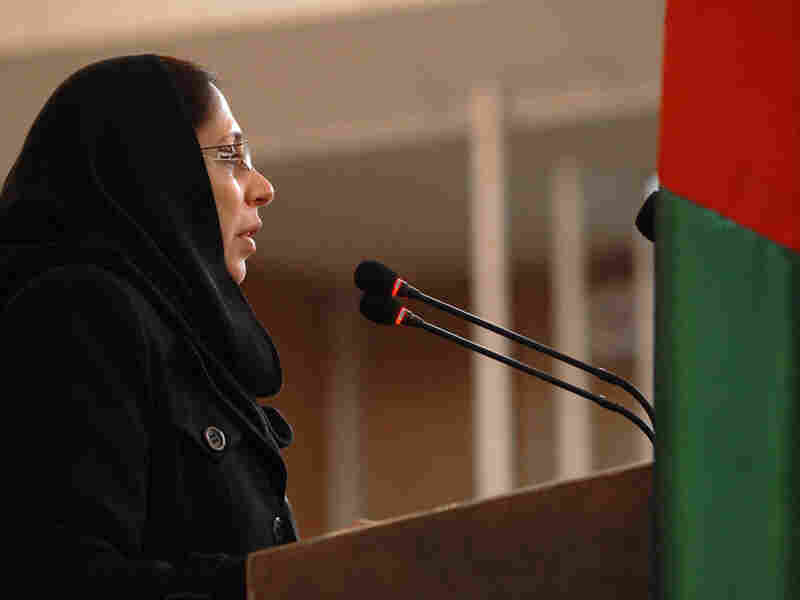 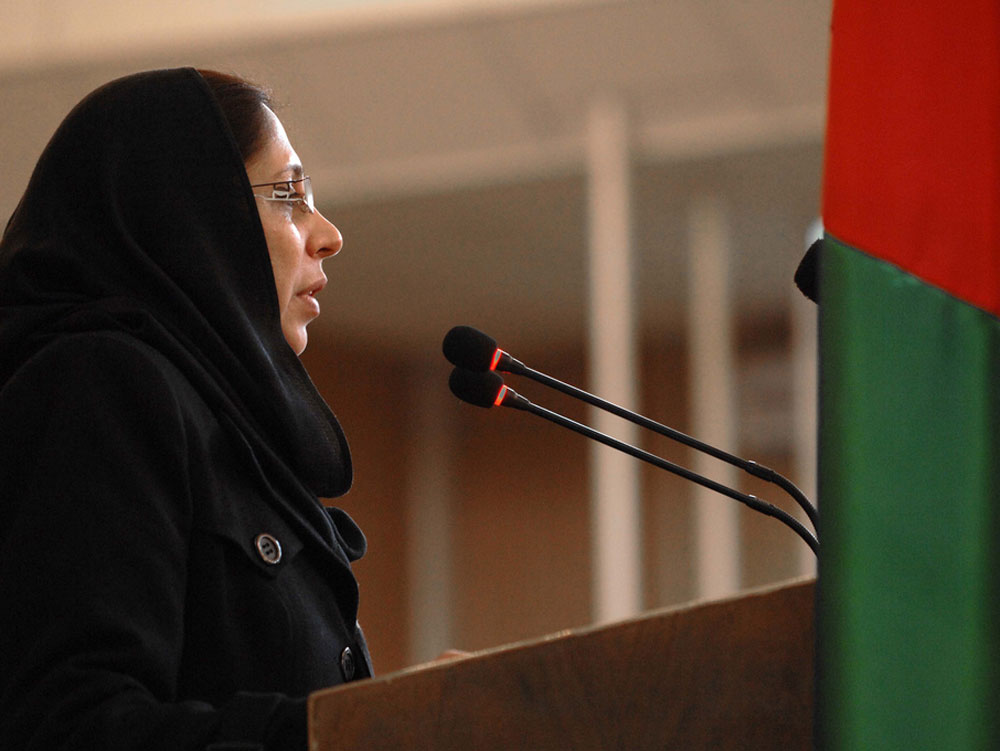 Afghan National Police Col. Shafiqa Quraishi addresses the crowd during the International Women's Day ceremony at the Interior Ministry in Kabul on March 4.

Taliban rule was a dark period for women in Afghanistan, and they want to make sure their fears are not forgotten as the new government in Kabul tries to find ways to make peace with the Taliban.

Shafiqa Quraishi, an Afghan police colonel, had her career disrupted by the Taliban rule from the mid-1990s to 2001, when women were brutalized, kept at home and not allowed to work.

"The Taliban, during those six years when they governed Afghanistan, they have left such memories that it is unacceptable by the Afghan women for them to come back," she told NPR in an interview.

Quraishi is in Washington to receive a Women of Courage Award at the State Department on Wednesday. She is in charge of gender issues at Afghanistan's Interior Ministry, where she also runs a U.S.-funded program to recruit more female officers, working toward a goal of President Hamid Karzai to have 5,000 women on the force. Currently, there are just 944.

A past recipient of the State Department award, Suraya Pakzad, says a big problem in Afghanistan today is that "women are not considered as a core part of the agenda."

Pakzad says women aren't involved enough in decision-making on Afghanistan's development or on security matters. For example, she says, only one woman has been invited so far to Karzai's planned peace council, or jirga, to discuss reintegrating insurgents into society. She and her colleagues are pushing for more representation.

Secretary of State Hillary Clinton says the U.S. is supporting a program to find alternative jobs for Taliban fighters, especially for those who joined the cause not for ideological reasons but simply because they were well paid. Clinton has been much more skeptical about broader reconciliation efforts.

During the Taliban years, Pakzad, a 39-year-old mother of six, ran a secret program to educate girls. Now she sees threats coming not just from the Taliban, but from local warlords where she lives in Herat.

"My life is at risk because I'm a women's rights activist," she told NPR during a trip to Washington sponsored by the advocacy group Women Thrive Worldwide.

Pakzad, who runs two shelters for women, said sometimes local commanders call to demand that she return their daughters, wives or other relatives. She says violence against women is still a major problem in Afghanistan.