Accessibility links
The New Republic: Maliki vs. Allawi Michael Crowley says American influence over Iraqi politics has dramatically dwindled. But the good news is that neither Allawi nor Maliki should terrify the Obama team though both have dark patches on their record.

The New Republic: Maliki vs. Allawi

The New Republic: Maliki vs. Allawi 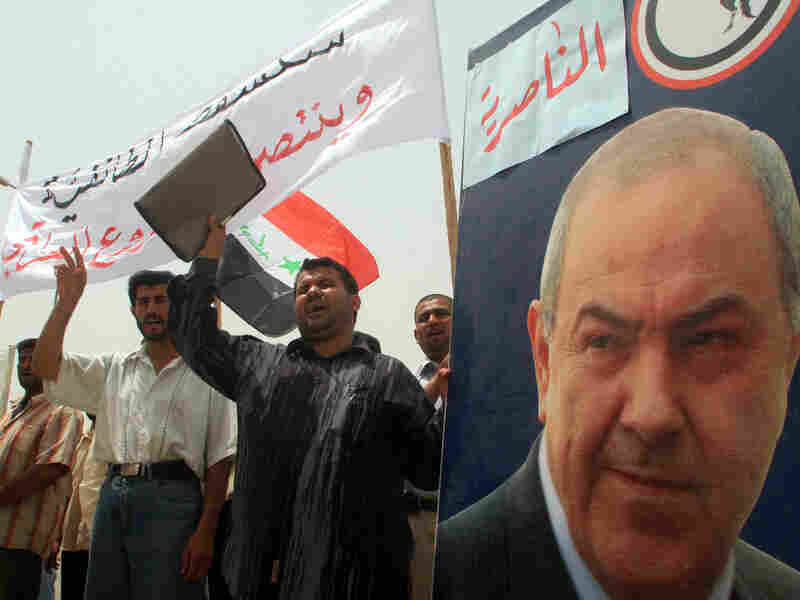 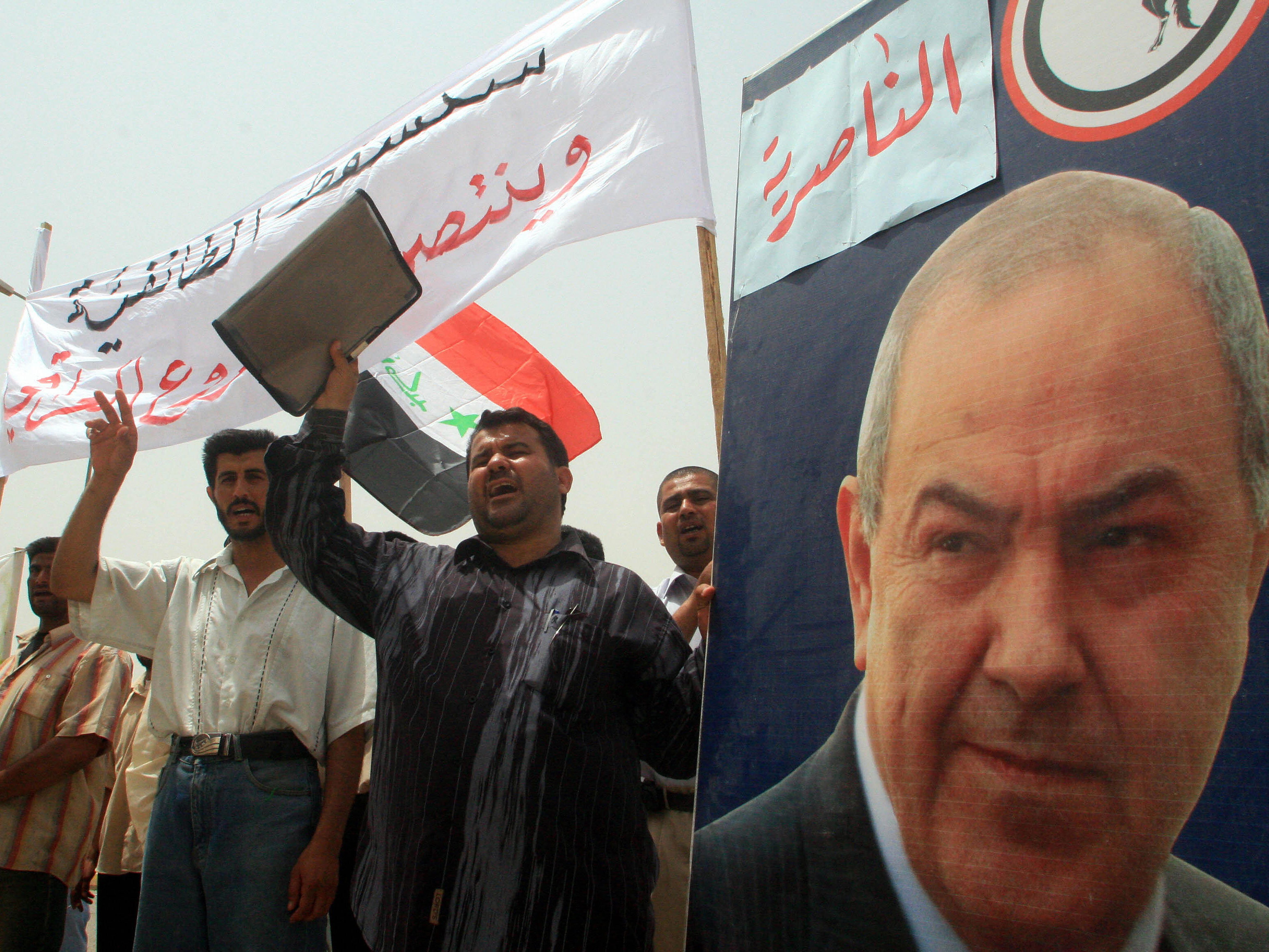 In the late summer of 2007, Baghdad was buzzing with talk of a coup. Iraq was gripped by horrific civil war, and the government of Prime Minister Nouri al-Maliki seemed at best unable to do anything about it. (At worst he appeared guilty of contributing to sectarian violence himself). In November, U.S. national security adviser Steve Hadley had returned from a visit with Maliki and reported grave doubts about the prime minister's competence. "[T]he reality on the streets of Baghdad suggests Maliki is either ignorant of what is going on, misrepresenting his intentions, or that his capabilities are not yet sufficient to turn his good intentions into action," Hadley wrote in a memo leaked to the media. On August 21, George W. Bush himself seemed to encourage Maliki's overthrow. "The fundamental question is: Will the government respond to the demands of the people?" Bush asked at a press conference. "If the government doesn't respond to the demands of the people, they will replace the government." It was practically an invitation to a coup.

Perhaps feeling that he'd given Maliki a useful scare, Bush soon reaffirmed his support for the Iraqi leader, and the coup never materialized. Maliki would go on to prove his doubters wrong. Through a combination of Bush's troop surge, alliances with Sunni insurgent leaders, and his own stubborn leadership, Maliki oversaw Iraq's transformation from a Mad Max-like apocalyptic hellhole to a merely treacherous and struggling nation.

But Maliki may yet find himself toppled in the coming weeks — this time not by a secret coup plot, but through the open democratic process. Although last Sunday's votes are still being counted and it could take months to form a new government, Maliki has gone from the near-certain prospect of holding onto his job to the real possibility of losing it when Iraq's government reorganizes. And one man seems likely to emerge as the top challenger to Maliki's power in the post-election coalition-making: Ayad Allawi, who served as Iraq's prime minister from 2004 to 2005. Allawi, as it happens, was the man considered most likely to be installed in a possible 2007 coup. Back then, Washington stopped short of pushing for Allawi to replace Maliki. But now that Iraqis have voted and a new government must be formed, the question of American interests comes to mind. Would the Obama team prefer Maliki or Allawi to prevail?

The Obama White House might back Allawi over Maliki for several key reasons. The first is that he's an old friend of America. It's true that Allawi started out as a Baathist ally of Saddam Hussein in the 1970s. But that relationship soured — culminating with the night two of Saddam's henchmen broke into Allawi's house and took several whacks at him with an axe. Allawi miraculously survived the attack, and later emerged as a top Iraqi opposition leader in exile, developing nearly as many contacts within the CIA as the notorious exile leader Ahmed Chalabi (and similarly feeding the CIA some bad information about Saddam's WMD programs).

The second reason Obama might be pulling for Allawi is his wariness towards Iran. On a visit to Iraq last December, I heard one prominent Sunni politician complain about Maliki's ties to Shiite Iran. During his own period of exile, Maliki spent eight years living in Iran, and since he became prime minister in 2006, he has paid several state visits to Tehran. The Sunni politician complained bitterly about Shiite leaders in Baghdad who are "only Iraqi on their official documents" — which sounded like a reference to Maliki's longtime residency in Iran. Though Allawi is also a Shiite, he is more secular than Maliki and has expressed more suspicion of Tehran. Shortly before Sunday's election, for instance, Allawi paid a noteworthy visit to Saudi Arabia, Iran's chief regional rival. That's not just reassuring to the United States. It also endears Allawi to Iraqi Sunnis like the politician with whom I spoke. (The difference is not black-and-white, to be sure: Tehran, for instance, has always favored the aggressively anti-American Islamic Supreme Council of Iraq over Maliki's Dawa party; fortunately for the Obama administration, ISCI appears to have fared poorly in Sunday's vote.)

What's more, Maliki has shown some recent and troubling signs of autocratic thuggishness, including his use of the Iraqi Army to intimidate his political rivals, and his defense of an effort to ban hundreds of former Baathists from Sunday's election ballot, which certainly looked like a sectarian power play that could haves stoked more violence.

Still, there are some good reasons to hope that Maliki sticks around. He offers continuity, for one thing. While Iraq may be extremely fragile — and a series of major bombings have undermined Maliki's authority and popularity — the country has generally stabilized under his control in the past two years. His instincts have sometimes proved surprisingly good. The Bush administration was surprised by Maliki's impulsive March 2008 offensive against Muqtada al-Sadr's Mahdi Army militias in Basra; but the operation was a success which helped to pacify Iraq's restive south.

And Allawi has some dark patches on his record, including his WMD claims and a 2004 Australian newspaper report, citing two unnamed eyewitnesses, which claimed that Allawi had lined up six prisoners in Baghdad and executed them with a gun before 30 witnesses. Allawi also didn't do a particularly impressive job during his first go-around as prime minister. He tried to promote a vision of nonsectarian unity, but may have appeared too close to his Washington patrons, and lacked the political skill to connect with the Iraqi public. (Even today, he is criticized for being a wan campaigner.) He served for a year before his party fared poorly in Iraq's 2005 national election and he was out.

In truth, however, there's not all that much Obama can do to choose the winner; American influence over Iraqi politics has dramatically dwindled. The good news is that neither Allawi nor Maliki should terrify the Obama team. "In both cases they are people we can do business with and are at least reasonably competent administrators, not extremists," says Douglas Ollivant, who handled Iraq issues on the Bush and Obama national security council. (One caveat: "It's hard to see either 'headliner' serving in the other's government," he says. "I don't anticipate that either Maliki or Allawi would take a Hillary-like position in a prominent ministry.")

Heaven knows there are plenty of less ideal outcomes. The inability of Iraqi politicians to form a new government after the country's 2006 elections fueled that year's explosion of violence. It's also possible that the political jockeying could wind up placing in charge an outright antagonist of Washington's, perhaps including our old friend — and recent nemesis — Ahmed Chalabi. And you thought Iraq was depressing now.