Accessibility links
Movie Review - 'Green Zone' - Where Good Intel Is Hard To Find Paul Greengrass' new Iraq war film takes a hard look at American hubris, but critic Ella Taylor says the propulsive thriller has something of a split personality: — one part scathing critique, one part celebration of that old Hollywood standby, the Good American hero who saves the day.

The 'Green Zone,' Where Good Intel Is Hard To Find

The 'Green Zone,' Where Good Intel Is Hard To Find 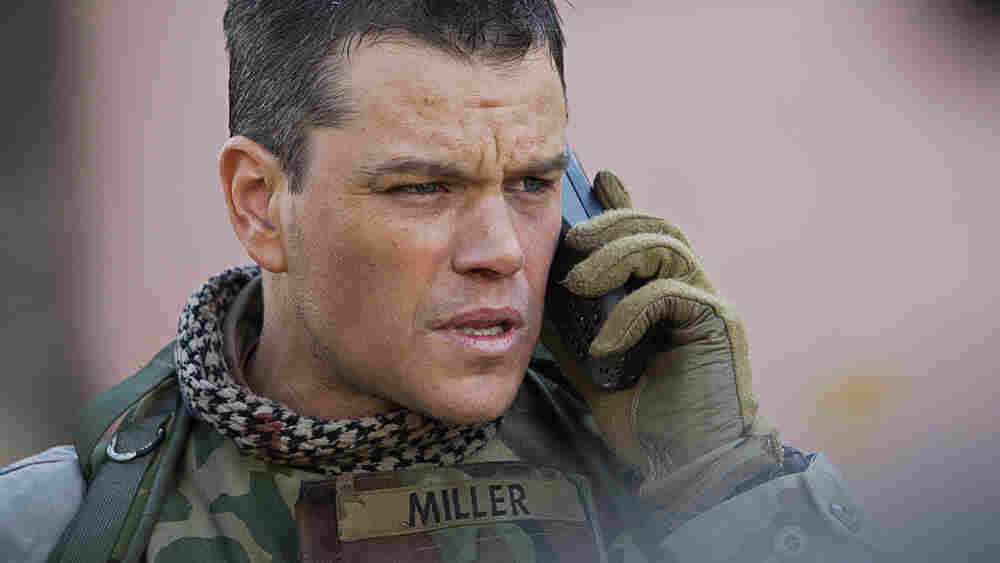 Rated R for violence and language.

'Does It Make Sense To You?'

Like the hugely enjoyable if morally vacuous political satire In the Loop, the new alpha-thriller Green Zone takes as its premise that search for elusive weapons of mass destruction that triggered the second Iraq war. Between the screw-ups, cover-ups and other misfires that shaped this sorry example of the Anglo-American special relationship, farce would seem to be the right way to go.

Yet though Green Zone also has a British director, Paul Greengrass, the movie opts instead for an uneasy blend of American paranoia and old-school warrior heroism. Which of these movies you'll take to your heart will depend in part on whether you view the WMD debacle as a black comedy fueled by rank careerism mixed with bumbling incompetence, or a conspiracy concocted by top-level American nasties — and thwarted by a throwback hero applying his barrel chest and old-school moral compass to the selfless pursuit of The Truth.

That would be U.S. Army Chief Warrant Officer Roy Miller (Matt Damon), whom we meet as he's growing fidgety about chasing those phantom weapons stockpiles through the blistering Iraqi desert while higher-ups lounge poolside in a commandeered Baghdad palace. Pitched headfirst into the territory of civilian spin and cover-ups, the good soldier exclaims in wonder when a veteran CIA officer (Brendan Gleeson, enjoying himself) agrees that the chemical weapons don't exist: "I thought we were all on the same side," Miller marvels.

The barnacled old operative tells our hero not to be naive, coughing up a million bucks in cash to divert Miller into going after the real threat to democracy in Iraq: a fugitive Baathist leader called al-Rawi. (This gentleman is capably played by Israeli actor Igal Naor, who must be getting a lot of ribbing back home for his new franchise playing Arab heavies for Hollywood.) 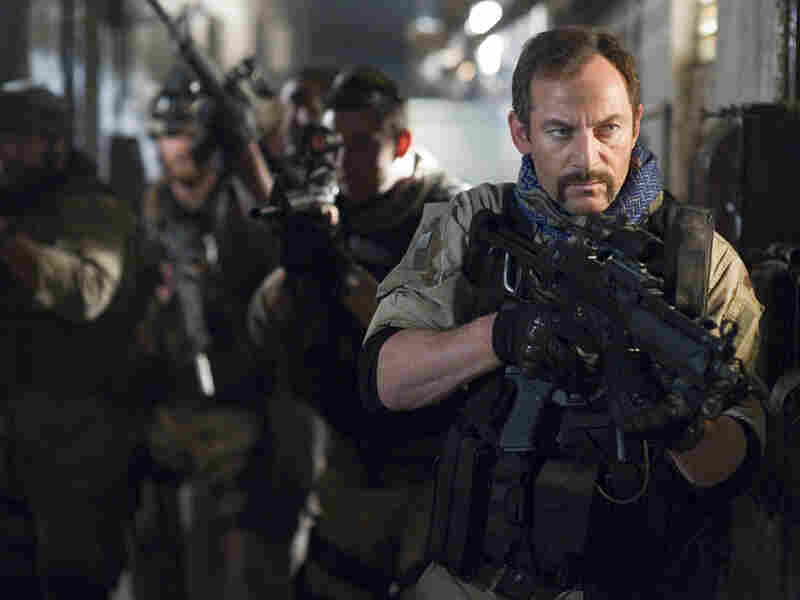 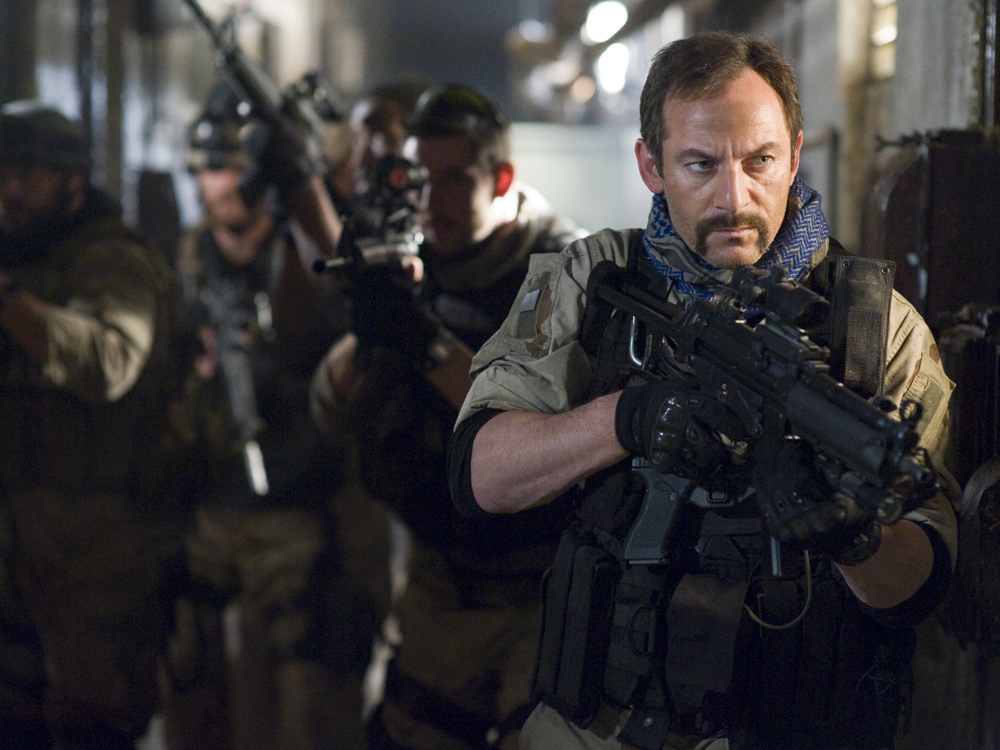 Pardon the arch tone, but from which foreign planet has the rube-ish Miller recently landed? Needless to say, neither he nor anyone like him exists in Imperial Life in the Emerald City: Inside Iraq's Green Zone, the award-winning book by reporter Rajiv Chandrasekaran on which Brian Helgeland's testosterone-fueled script is very, very loosely based.

Miller's nemesis Clark Poundstone (Greg Kinnear), on the other hand, is clearly modeled on Paul Bremer, the hair-raisingly unqualified civilian brought in to oversee the reconstruction of Iraq. Returned Iraqi exile Ahmed Chalabi (Raad Rawi) makes a clueless appearance as well, along with disgraced New York Times reporter Judith Miller, thinly disguised as an overzealous Wall Street Journal correspondent (Amy Ryan) who takes the bait of false intelligence and runs with it.

For the film's purposes, the fact that we know the rest already means that the weight of the action must be deflected from payoff to process. Still, with its pounding score and kinetic chases through the warrens of Baghdad streets, Green Zone adds up to a decent thriller, though more in the propulsive, high-gloss style of the two Bourne movies Greengrass and Damon made together than in that of United 93, with its arguably more apt brand of verite terror.

If In the Loop gloried in cynicism about human nature and the political process, Green Zone comes off as an awkward compromise between British iconoclasm and Hollywood's abiding need for a Good American to steer the story toward a positive outcome, earned or not. The movie declares its sympathy for Iraqis caught between insurgents and hard-line Baathists, and it gleefully synchronizes George Bush's absurd roar of triumph ("Mission Accomplished!") with Iraq's collapse into factionalist chaos. Miller's Iraqi interpreter (United 93's Khalid Abdalla), who has risked his life more than once to bring democracy to his country, gets to take a critical potshot — and to admonish Miller that "It is not up to you to decide what happens here."

But I'll leave it to you to guess who limps off home on his gammy leg, leaving the Lone Ranger to turn all Dirty Harry and fire off e-mails to the international press, informing them that they've been lied to every which way but loose. Which leaves Green Zone helplessly flapping its hands, trapped between a critique of and an advertisement for American arrogance abroad.