Accessibility links
Unemployment Rate Doubles For Older Women The number of long-term unemployed women ages 45 to 64 has more than doubled in the past year. As many as 900,000 women in this age group have been without work for at least six months. 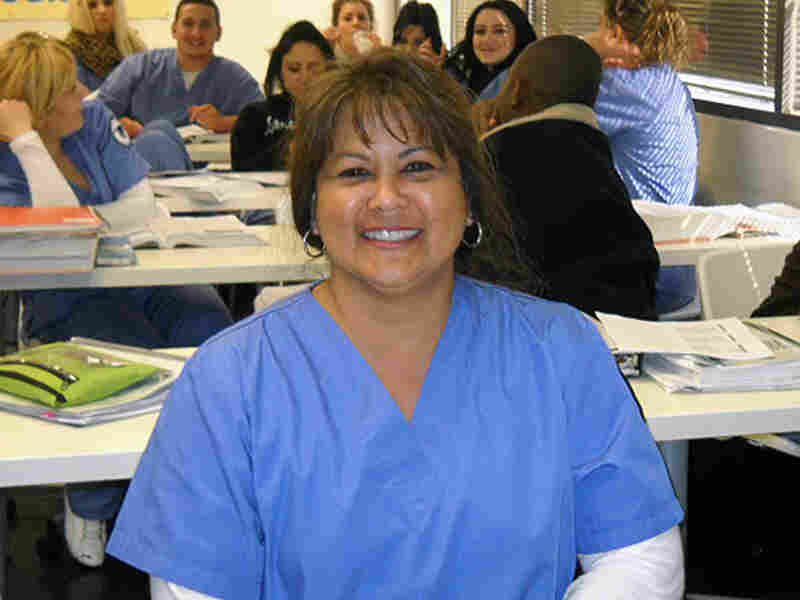 Nursing student Barbara Bosch at CBD vocational college in California where she is studying to become a licensed vocational nurse. Bosch, who is 49, has been unemployed since July 2008. Gloria Hillard/NPR hide caption 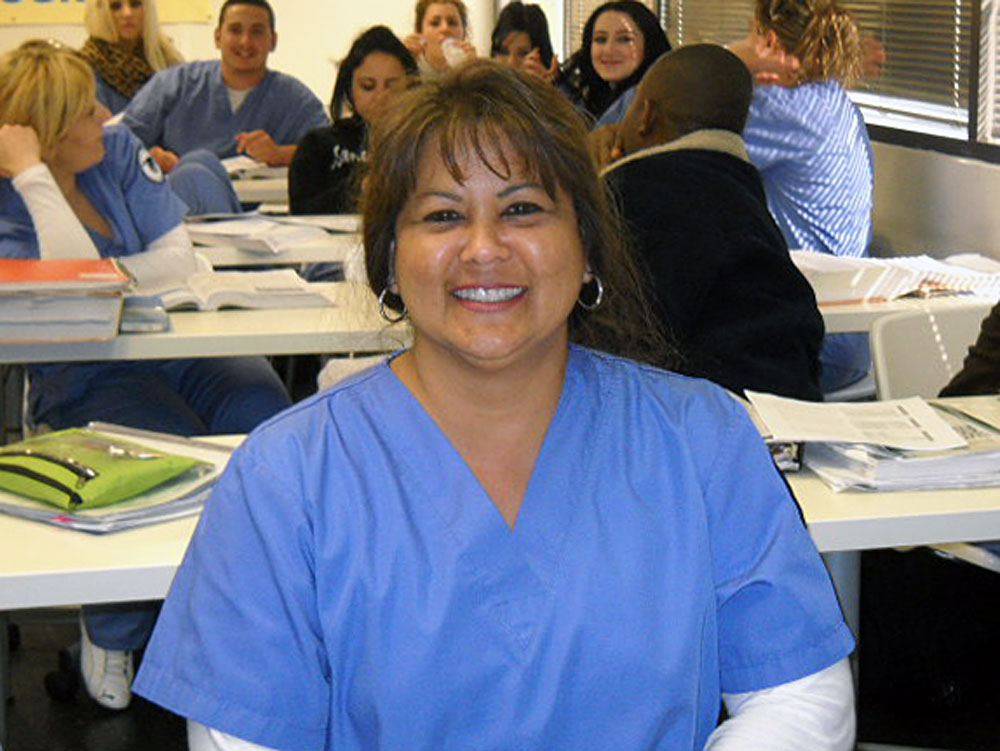 Nursing student Barbara Bosch at CBD vocational college in California where she is studying to become a licensed vocational nurse. Bosch, who is 49, has been unemployed since July 2008.

This recession has been called the "mancession" by some because men have suffered the largest number of job losses. But it hasn't been easy for women either — especially those of the baby-boom generation.

The Labor Department says the number of women ages 45 to 64 who are long-term unemployed — out of work for more than six months — has more than doubled in the past year. The number is now 900,000, and it is growing.

This Time Is Different

In July 2008, Barbara Bosch, who is 49, was laid off from her job as a bookkeeper at a small CPA firm. At the time, she wasn't too worried because she'd never really been without a job. But within a month she knew this time was different. Every day she searched the Internet from CareerBuilder to Craigslist. The rest of her week she'd spend going to interviews set up by temp agencies.

Often during these interviews, Bosch would be told that the people she would be working with were much younger, she says. "And I'm looking at them thinking, well, I don't really look that old — at all. And I think I fit in with no problem." But she still wondered if that was why she wasn't getting any call backs.

So three months ago Bosch made a decision. When she heard the medical field was still hiring, Bosch enrolled in a local college to get certified as a licensed vocational nurse. She says it hasn't been easy being a student again, but she felt it was her only option.

"I need to live in order to have a roof over my head," Bosch says. "I have to financially be able to take of myself. I don't have anybody else to fall on."

To help her cover the rent for her three-bedroom condo in West Los Angeles, her son moved into the first bedroom down the hall. And she's just rented out the second bedroom. She says it's been awhile since she's had roommates, but she can deal with losing her privacy if it means keeping the home she's lived in for seven years.

I need to live in order to have a roof over my head. I have to financially be able to take of myself. I don’t have anybody else to fall on.

Across town Denise Dubois is sitting at a computer perusing the source of some of her income — the personal belongings she's sold on eBay.

Dubois describes herself as a young and hip 56 — someone with a film degree who has worked in marketing, development and real estate for most of her life. She's been without a job for 13 months.

"And after sending out 1,000 resumes, I've gotten two phone calls," she says. And she was going to go crazy if she had to write another cover letter.

At an L.A. County job center run by Jewish Vocational Services, the chairs are full. Director Angie Cooper says they're seeing women of all ages and educational levels — especially one group.

"They're women who are in their 40s, 50s, 60s," Cooper says. "They're telling us they can't do what they did before. And that they feel there is ageism out there. They feel that their skills are outdated."

Back in the classroom, nursing student Bosch takes a seat in the first row. School has now become her full-time job, and she worries that in three months her unemployment benefits will run out.

"I don't know what I'm going to do," says Bosch, who won't receive her nursing license until March of next year. "I really don't."