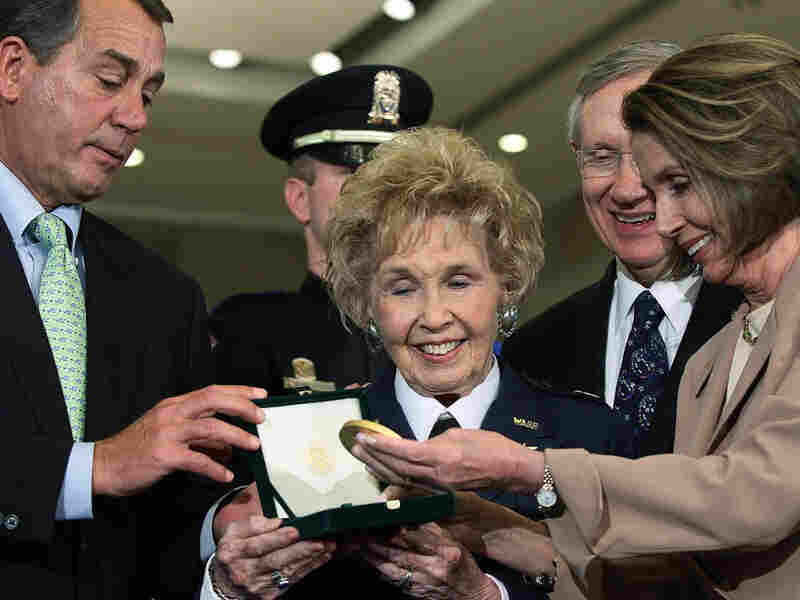 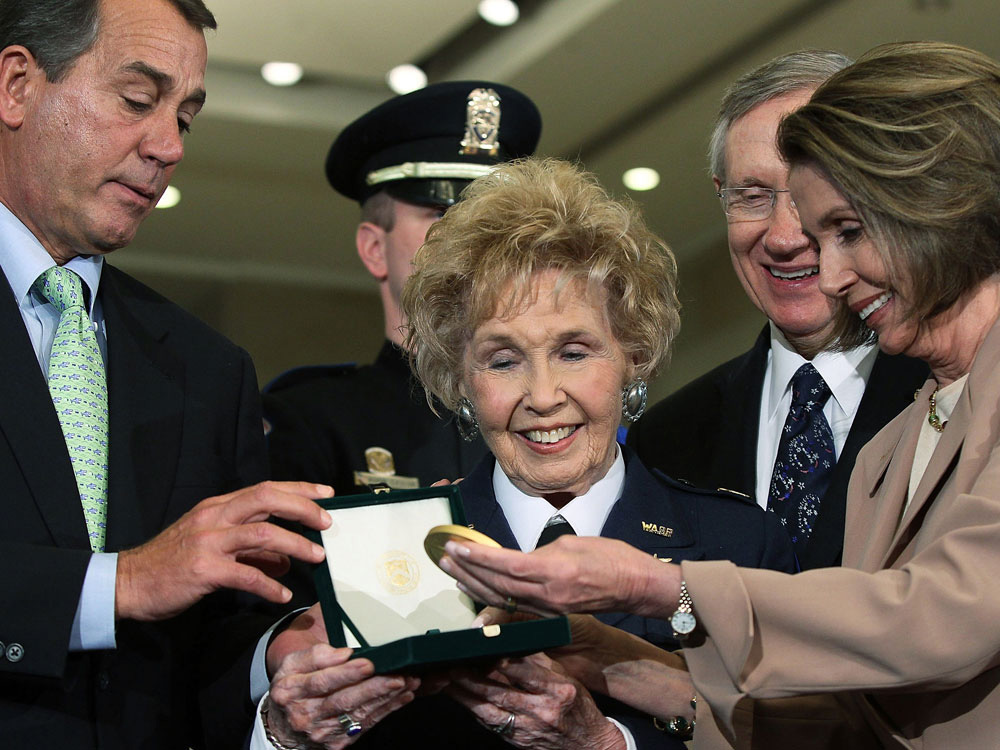 A long-overlooked group of women who flew military aircraft during World War II were awarded the Congressional Gold Medal on Wednesday.

Known as Women Airforce Service Pilots, or WASP, they were the first women to fly U.S. military planes.

About 200 of these female aviators, mostly in their late 80s and early 90s and some in wheelchairs, came to the Capitol to accept the medal, the highest civilian honor bestowed by Congress.

In thanking them for their service, House Speaker Nancy Pelosi said these female pilots went unrecognized for too long.

"Women Airforce Service Pilots, we are all your daughters; you taught us how to fly," Pelosi said.

In accepting the award, WASP Deanie Parrish said the women had volunteered to fly the planes without expectation that they would ever be thanked. The WASP mission, under the direction of the U.S. Army Air Forces, was to fly noncombat missions to free up male pilots to fly overseas.

"Over 65 years ago we each served our country without any expectation of recognition or glory, and we did it without compromising the values that we were taught growing up," Parrish said. "We did it because our country needed us." 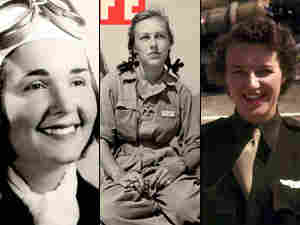 Thirty-eight female pilots were killed during their World War II service. Because the WASP were not military, the American flag could not be draped over their coffins. And because the female pilots were long considered civilians, they were not entitled to the pay and benefits given to men. When their unit was disbanded in 1944, many WASP even had to pay their own bus fare home.

They were afforded veteran status in 1977 after a long fight.

It's estimated that about 300 WASP aviators are still alive.

Sens. Kay Bailey Hutchison (R-TX) and Barbara Mikulski (D- MD), along with Reps. Ileana Ros-Lehtinen (R-FL) and Susan Davis (D-CA), led the push in Congress to get the women recognized with the Congressional Gold Medal.