Accessibility links
'Jihad Jane' Creates A Calamity For Authorities In online chat rooms, she called herself "Jihad Jane." Her real name is Colleen LaRose. And she represents law enforcement's worst nightmare. A petite, 46-year-old blond from the leafy suburbs of Philadelphia, she is what investigators worry is the new face of terrorism. 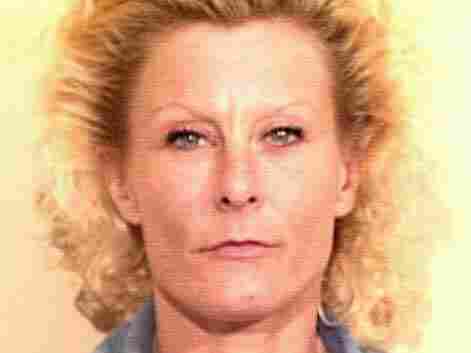 In Web chat rooms, she called herself "Jihad Jane."

Her real name is Colleen LaRose, and she represents law enforcement's worst nightmare. A petite, 46-year-old blond from the leafy suburbs of Philadelphia, she is what investigators worry is the new face of terrorism.

LaRose, in U.S. custody since last October, allegedly tried to recruit men and women in the United States, Europe and Asia to "wage violent jihad," according to a federal indictment unsealed Tuesday. She is scheduled to answer the charges against her in a Philadelphia court appearance on March 18.

But U.S. intelligence officials tell NPR that LaRose was not, apparently, that much of a threat. While she wanted to launch a terrorist attack, she didn't have the training to do so.

She was what counterterrorism experts call an "aspirational" terrorist, not an operational one. U.S. officials were less alarmed about what she was planning to do — and more concerned with how she looked, because she doesn't fit the profile of an international terrorist. American women as jihadists are so rare, LaRose is only the second American woman ever to be brought up on terrorism charges.

What is known about her life seems unremarkable. She dropped out of high school. She's been married several times. Until several months ago, she was living with her boyfriend in Pennsylvania.

The petite woman — officials say she is just 4 feet 11 inches tall and weighs about 100 pounds — had some run-ins with the law in Texas, where she lived before moving to Pennsylvania. She had been arrested for drunk driving and for writing bad checks.

Beyond that, details about her background are sketchy. Officials say she converted to Islam, but it is unclear exactly when. There are some photographs of her in which she was covered by traditional Muslim dress — wearing a hijab over her hair and an abaya over her clothes. But it is unclear whether she covered herself all the time or just for those photographs. 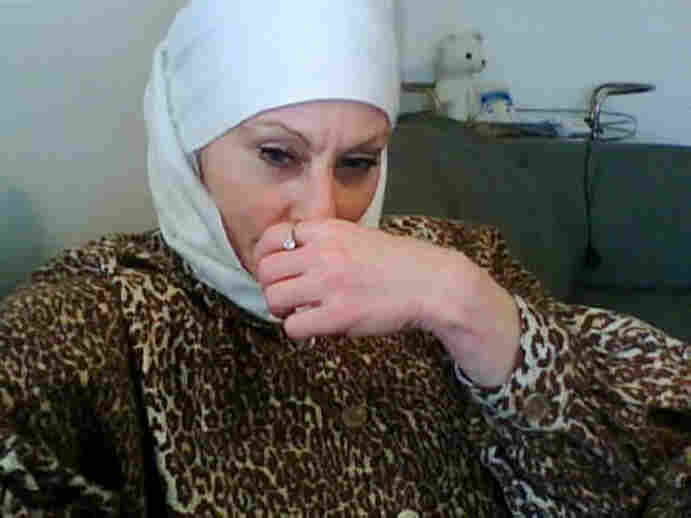 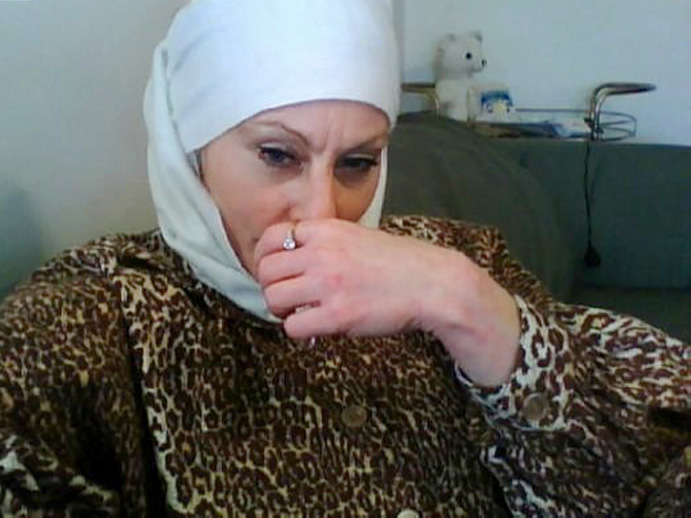 This image provided by the SITE Intelligence Group shows Colleen LaRose, a Pennsylvania woman indicted Tuesday and accused of using the Internet to recruit jihadist fighters and help terrorists overseas.

Investigators confirmed to NPR that her boyfriend of five years said she wasn't religious and he had not even realized she was Muslim. Apparently she moved out of their apartment quite suddenly last August, which raises the question as to whether her conversion to Islam was sudden or just stealthy.

She was arrested in Philadelphia in October. According to the indictment released Tuesday, LaRose had been trolling the Internet under a couple of pseudonyms including the name Jihad Jane. She had allegedly made contact with some terrorist suspects in Europe and South Asia.

Eventually she apparently agreed to try to kill a Swedish artist named Lars Vilks, who had drawn the ire of many Muslims for penning a cartoon of the Prophet Muhammad with the body of a dog. Al-Qaida had put a $100,000 bounty on his head, though officials say LaRose had no connection to the group.

LaRose apparently made the case that with her blond hair and green eyes she could operate easily in Sweden and so it would be easier for her to commit the murder.

Prosecutors say she traveled to Europe to do the job in August, about the same time she moved out of the apartment she was sharing with her boyfriend.

She didn't carry out her mission. The cartoonist is still alive.

She is also charged with stealing her boyfriend's passport and conspiring to give it to one of the terrorism suspects she allegedly met online.

But U.S. intelligence officials say they are less concerned about the plot than about the broader implications of an American woman in her mid-40s suddenly signing up for jihad.

She breaks the stereotypical profile of what a terrorist is supposed to be like — that is, disenfranchised young men nursing resentments. What's more, prosecutors say LaRose understood well that what she brought to the table was a profile that wouldn't attract the attention of law enforcement.

That development has intelligence officials worried. They knew this day was coming, when the pool of terrorist suspects would grow.

And authorities allege that she went further. On the Internet she allegedly tried to recruit others for terrorism, specifically looking for women and for people who held U.S. and European passports because they could move around more easily.