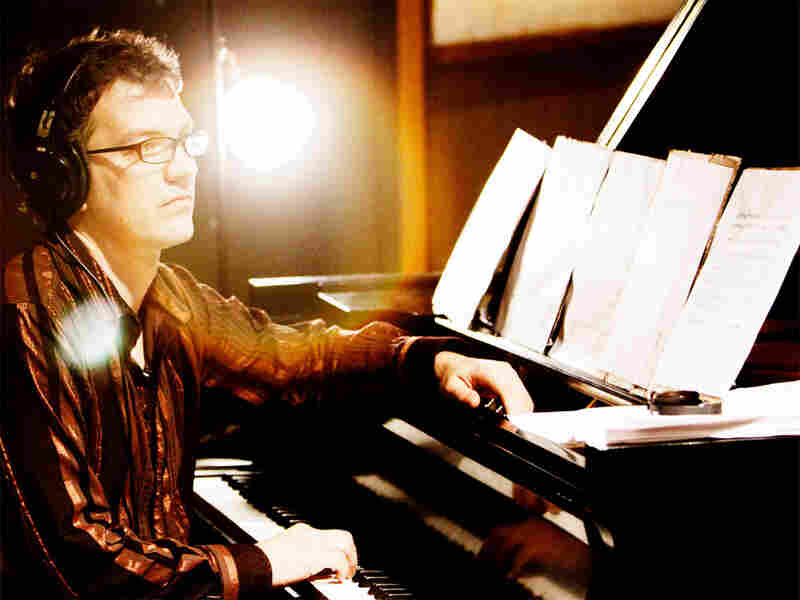 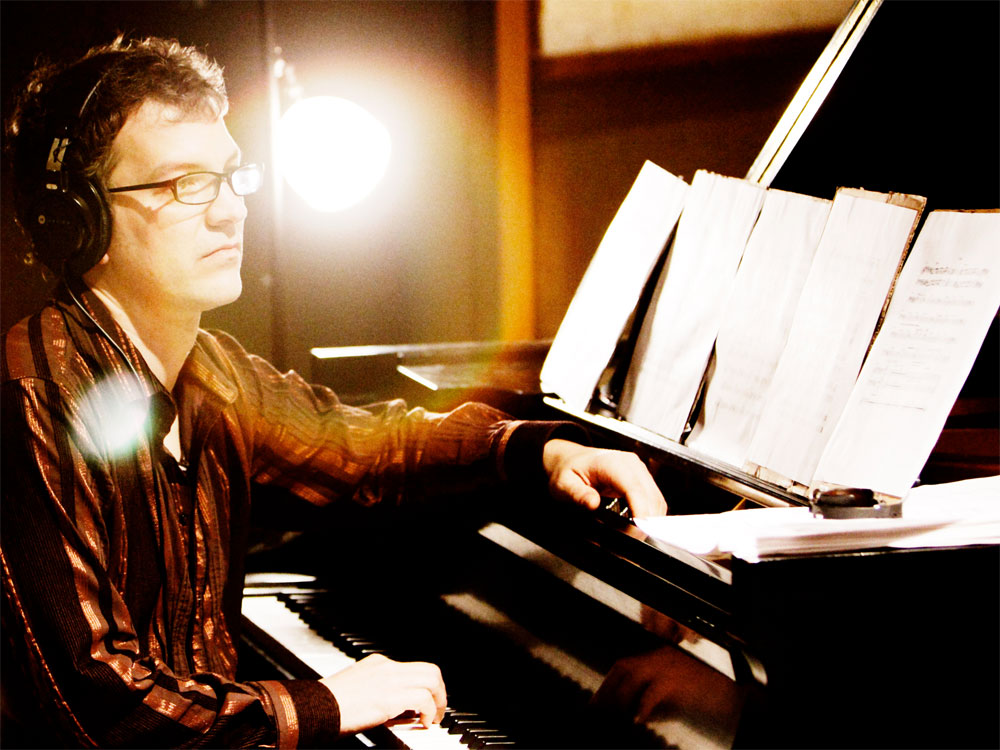 You could say that all jazz is theme and variations — you take a tune like George Gershwin's "Someone to Watch Over Me," and then the musicians improvise variations based on the chord progression. For Highway Rider, Mehldau says he wanted to tackle theme and variations in a really big way, by starting with something really small: a short musical idea.

"That's sort of a two-part theme," Mehldau says, demonstrating by playing on a piano. "It's got one thing and then a reply to it. And that generates a lot of the melodic material on the record — and also, in a different way, it generates tonal relationships on the record."

All of the 15 songs on the double album come, to a greater or lesser degree, from that one tiny musical motif.

"Sometimes it's more overt," Mehldau says.

In the song "Capriccio," he adds, the simple opening melody is put in a different rhythmic context. It turns into a wistful jazz waltz or morphs into a gnarly urban soundscape. Mehldau says that, for him, all of this musical transformation has a kind of extra-musical effect.

"There is this narrative that I feel and that I was thinking about the more I wrote it, of traveling and leaving and coming back," he says.

"I just like the fact that he keeps changing it up, and I think that this is just another example of that," Brion says. "Some people may not be a fan of tense harmony and go, 'What is he doing?' Some people may go, 'Wait, I wanted a bunch of piano solos. What's this, you know, 20th-century classical-influenced jazz-merging craziness?' And some people may just hear it as sublime and go, 'Why doesn't he do that all the time?' "

Mehldau has stretched his sonic palette on Highway Rider to include a chamber orchestra with strings, horns and contrabassoon. He says this unorthodox group of instruments gave him interesting colors with which to play.

"So it's kind of a dark sound," Mehldau says, "which I think I just love in a lot of music I listen to: this dark, reedy, rich bass."

In a higher register, playing the role of musical protagonist, is Joshua Redman on sax. He and Mehldau have been friends and musical colleagues since the early 1990s. Redman says that, as ambitious as Highway Rider is, there's one thing that always strikes him about Mehldau's compositions.

"His music just grooves," Redman says. "I mean, for all the complexity and all the harmonic rigor and all the technical prowess and all the lyricism, beneath it all is this incredible groove. His feel is unassailable. He has the best groove on the planet."

Carnegie Hall just announced that Brad Mehldau will be its composer-in-residence next season, and that Highway Rider will be performed live in its Zankel Hall.