Accessibility links
Book Review: 'Angelology' By Danielle Trussoni — A Cross-Bred Monster Of A Mystery The first novel by Danielle Trussoni follows the struggle between nefarious human-angel hybrids and the band of mortals trying to keep them in check. Trussoni, author of the acclaimed memoir Falling Through the Earth, maintains a balance between literary artistry and complex adventure.

'Angelology': A Cross-Bred Monster Of A Mystery

'Angelology': A Cross-Bred Monster Of A Mystery 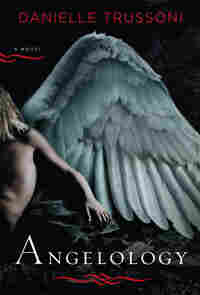 What do you get when an Iowa Writers' Workshop graduate and critically acclaimed memoirist trolls for the same readers who loved Dan Brown's search for the grail of best-sellerdom in The Da Vinci Code? In the case of Danielle Trussoni's Angelology, a spellbinding quest novel.

Move over, vampires. Dark angels are on the horizon in Trussoni's hefty fiction debut. Leading the pack are the Nephilim — beautiful warmongering angel-human hybrids who have controlled human destiny since Noah's flood — and their soldier minions the Gibborim, who resemble a legion of towering Darth Vaders with wings. The forces for good are members of the ancient esoteric group of Angelologists, who have protected humankind from the Nephilim for centuries.

The search in Angelology is for a mysterious and potentially dangerous lyre that lies at the bottom of Devil's Throat cavern in the Rhodope Mountains in Bulgaria. The lyre is connected with the fallen angels described in the book of Genesis, as well as in the Orpheus myth.

Trussoni traces a lineage from 925 A.D. in Thrace, when the first group of Angelologists made an expedition into the Rhodopes in search of the lyre, to New York in December 1999, when the latest clash between Angelologists and Nephilim is at hand.

Contemporary seekers for the lyre, on the side of good, are Sister Evangeline, a young nun at a Hudson River convent just north of New York City, and her French grandmother, Gabriella, a venerated Angelologist who was trained at the academy in Paris. When Verlaine, a young scholar, discovers through his research that the philanthropist Abigail Rockefeller was a secret patron of the convent, he inadvertently opens the door to danger. The wealthy Grigori family of Nephilim, once allied with the Nazis and now based in an elegant apartment on the Upper East Side, learn of his find, putting the convent and, if the Angelologists are to be believed, the world, at risk. 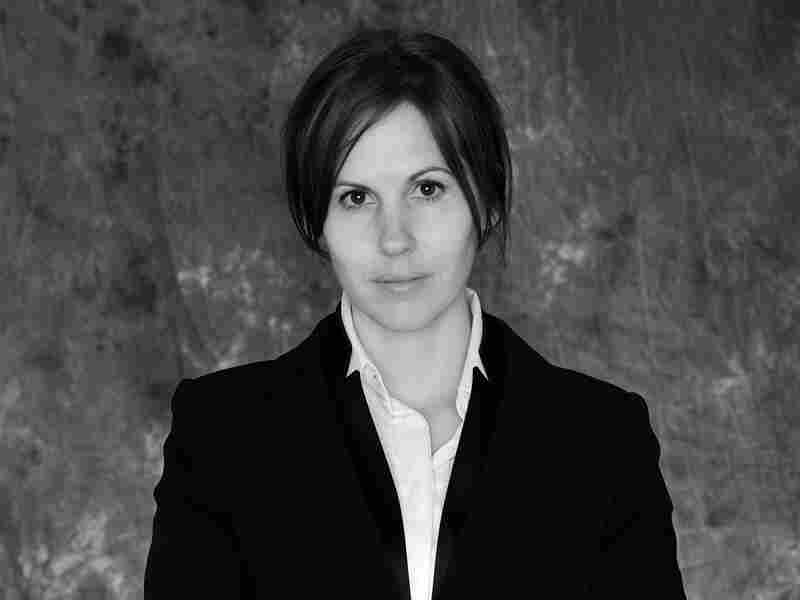 Danielle Trussoni's memoir, Falling Through the Earth, was named one of the best books of 2006 by the New York Times. Kalin Ruichev hide caption 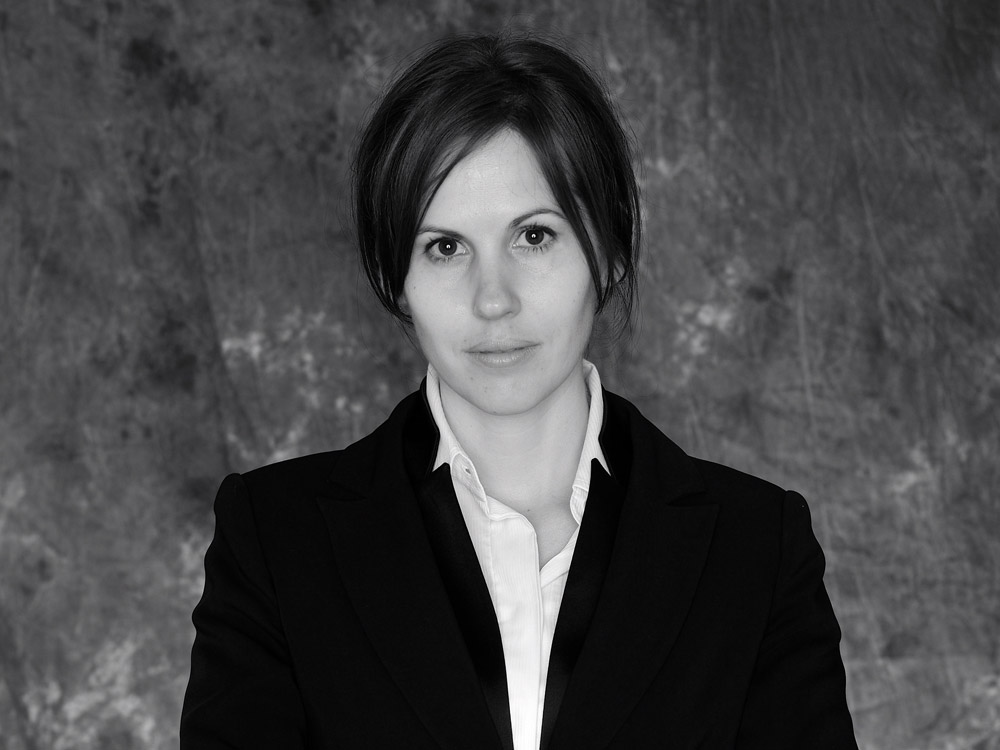 Danielle Trussoni's memoir, Falling Through the Earth, was named one of the best books of 2006 by the New York Times.

Trussoni, whose earthbound memoir Falling Through the Earth took her into the tunnels in Vietnam where her volatile father had searched for Viet Cong guerrillas in 1968, has worked out her fantasy scheme brilliantly. Her literary riddles resolve with the aesthetically pleasing precision of a well-oiled antique clock. She offers up intriguing characters, lyrical nature descriptions, hidden clues, secret codes, hidden manuscripts and treasure hunts, creating a sumptuous and surprising novel.

Naturally, a sequel, Angelopolis, is in the works, as is a movie. And there's a Web site for amateur Angelologists, complete with spooky music, a lesson plan and a link to a YouTube video of the Devil's Throat cavern. Given the seductive powers of her first venture, Trussoni could be dreaming up fallen angels for years to come.

Percival Grigori tapped the tip of his cane as he waited for the elevator, a rhythm of sharp metallic clicks pounding out the seconds. The oak-paneled lobby of his building — an exclusive prewar with views of Central Park — was so familiar that he hardly noticed it any longer. The Grigori family had occupied the penthouse for over half a century. Once he might have registered the deference of the doorman, the opulent arrangement of orchids in the foyer, the polished ebony and mother-of-pearl elevator casement, the fire sending a spray of light and warmth across the marble floor. But Percival Grigori noticed nothing at all except the pain crackling through his joints, the popping of his knees with each step. As the doors of the elevator slid open and he hobbled inside, he regarded his stooped image in the polished brass of the elevator car and looked quickly away.

At the thirteenth floor, he stepped into a marble vestibule and unlocked the door to the Grigori apartment. Instantly the soothing elements of his private life — part antique, part modern, part gleaming wood, part sparkling glass — filled his senses, relaxing the tension in his shoulders. He threw his keys onto a silk pillow at the bottom of a Chinese porcelain bowl, shrugged his heavy cashmere overcoat into the lap of an upholstered banister-back chair, and walked through the travertine gallery. Vast rooms opened before him — a sitting room, a library, a dining hall with a four-tiered Venetian chandelier suspended overhead. An expanse of picture windows staged the chaotic ballet of a snowstorm.

At the far end of the apartment, the curve of a grand staircase led to his mother's suite of rooms. Peering up, Percival discerned a party of her friends gathered in the formal sitting room. Guests came to the apartment for lunch or dinner nearly every day, impromptu gatherings that allowed his mother to hold court for her favorite friends from the neighborhood. It was a ritual she had grown more and more accustomed to, primarily because of the power it gave her: She selected those people she wished to see, enclosed them in the dark-paneled lair of her private quarters, and let the rest of the world go on with its tedium and misery. For years she had left her suite only on rare occasions, when accompanied by Percival or his sister, and only at night. His mother had grown so comfortable with the arrangement, and her circle had become so regular, that she rarely complained of her confinement.

Quietly, so as not to draw attention to himself, Percival ducked into a bathroom at the end of the hallway, shut the door softly behind him, and locked it. In a succession of quick movements, he discarded a tailored wool jacket and a silk tie, dropping each piece of clothing onto the ceramic tiles. Fingers trembling, he unbuttoned six pearlescent buttons, working upward to his throat. He peeled away his shirt and stood to full height before a large mirror hung upon the wall.

Running his fingers over his chest, he felt a mélange of leather strips weaving one over the other. The device wrapped about him like an elaborate harness, creating a system of stays that, when fully fastened, had the overall appearance of a black corset. The straps were so taut they cut into his skin. Somehow, no matter how he fastened it, the leather cinched too tightly. Struggling for air, Percival loosened one strap, then the next, working the leather through small silver buckles with deliberation until, with a final tug, the device fell to the floor, the leather slapping the tiles.

His bare chest was smooth, without navel or nipples, the skin so white as to appear cut from wax. Swiveling his shoulder blades, he could see the reflection of his body in the mirror — his shoulders, his long thin arms, and the sculpted curve of his torso. Mounted at the center of his spine, matted by sweat, deformed by the severe pressure of the harness, were two tender nubs of bone. With a mixture of wonder and pain, he noted that his wings — once full and strong and bowed like golden scimitars — had all but disintegrated. The remnants of his wings were black with disease, the feathers withered, the bones atrophied. In the middle of his back, two open wounds, blue and raw from chafing, fixed the blackened bones in a gelatinous pool of congealed blood. Bandages, repeated cleanings — no amount of care helped to heal the wounds or relieve his pain. Yet he understood that the true agony would come when there was nothing left of his wings. All that had distinguished him, all that the others had envied, would be gone.

The first symptoms of the disorder had appeared ten years before, when fine tracks of mildew materialized along the inner shafts and vanes of the feathers, a phosphorescent green fungus that grew like patina on copper. He had thought it a mere infection. He'd had his wings cleaned and groomed, specifying that each feather be brushed with oils, and yet the pestilence remained. Within months his wingspan had decreased by half. The dusty golden shimmer of healthy wings faded. Once, he had been able to compress his wings with ease, folding his majestic plumage smoothly against his back. The airy mass of golden feathers had tucked into the arched grooves along his spine, a maneuver that rendered the wings completely undetectable.

Although physical in substance, the structure of healthy wings gave them the visual properties of a hologram. Like the bodies of the angels themselves, his wings had been substantial objects utterly unimpaired by the laws of matter. Percival had been able to lift his wings through thick layers of clothing as easily as if he had moved them through air.

Now he found that he could no longer retract them at all, and so they were a perpetual presence, a reminder of his diminishment. Pain overwhelmed him; he lost all capability for flight. Alarmed, his family had brought in specialists, who confirmed what the Grigori family most feared: Percival had contracted a degenerative disorder that had been spreading through their community. Doctors predicted that his wings would die, then his muscles. He would be confined to a wheelchair, and then, when his wings had withered completely and their roots had melted away, Percival would die. Years of treatments had slowed the progression of the disease but had not stopped it.

Percival turned on the faucet and splashed cool water over his face, trying to dissipate the fever that had overtaken him. The harness helped him to keep his spine erect, an increasingly difficult task as his muscles grew weak. In the months since it had become necessary to wear the harness, the pain had only grown more acute. He never quite got used to the bite of leather on his skin, the buckles as sharp as pins against his body, the burning sensation of ripped flesh. Many of their kind chose to live away from the world when they became ill. This was a fate Percival could not begin to accept.

From the book 'Angelology' by Danielle Trussoni. Reprinted by arrangement with Viking, a member of Penguin Group (USA) Inc. Copyright 2010. 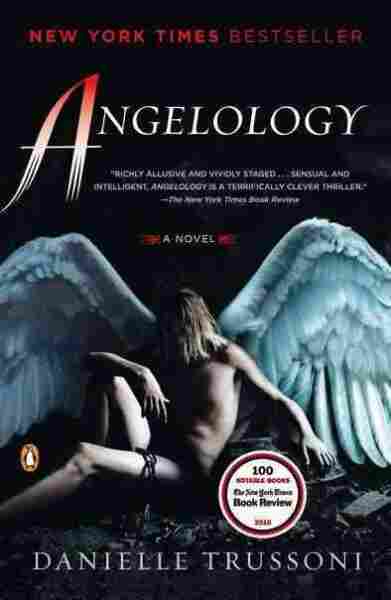