Accessibility links
Going From Ex-Con To Lifesaver, For A Friend Felix Aponte and Rob Sanchez both served time at New York's Sing Sing penitentiary. They met after they were released, and became fast friends. And when Sanchez was diagnosed with an aggressive form of kidney disease, Aponte stepped up. 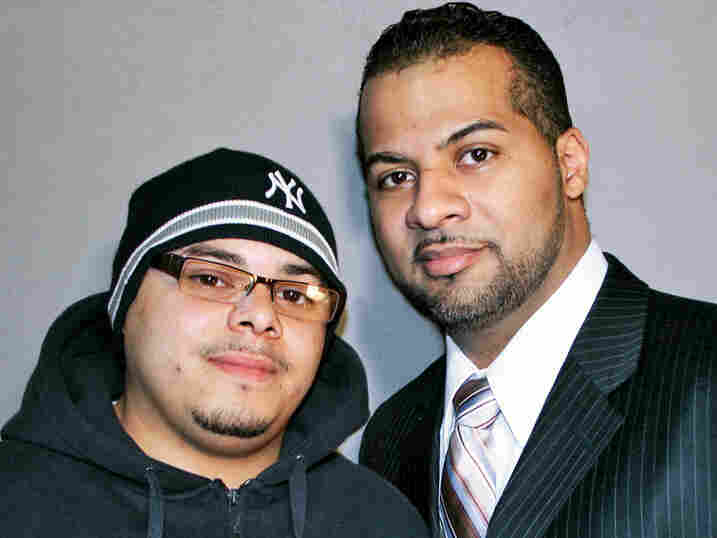 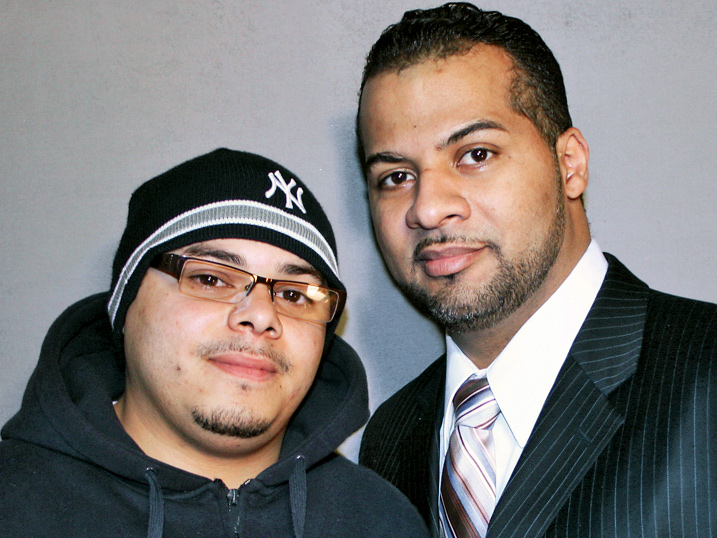 Felix Aponte and Rob Sanchez both served time at New York's Sing Sing penitentiary. They met after they were released — and quickly became friends. Then Sanchez was diagnosed with an aggressive form of kidney disease.

Recently, the two natives of New York City met to talk about the early days of their friendship — and how it led Aponte to make a sacrifice that saved Sanchez's life.

The two met when Sanchez worked at a job placement center, and Aponte came in looking for work after being released from prison.

"And immediately, I saw that he was a pain in the ass," Sanchez said.

Aponte was 20 at the time. He remembers that day differently — but not a lot differently.

"I could tell off the bat that he's just gonna tell me the truth," Aponte said. "He's not gonna beat around the bush. And me and him clicked, because once you do time, it's like ..."

But then Sanchez was diagnosed with kidney disease, leaving him unable to work.

Aponte couldn't believe Sanchez didn't have anyone who could donate a kidney to help him.

"So here I am, I'm in good health. Plus, I wanted to do something good in my life for the first time," Aponte said. "All I've done is like, mischief."

So Aponte offered to get tested, to see if he was a potential kidney donor for Sanchez. His only worry, he says, was that toxins from his tattoos might disqualify him.

It turned out that Aponte was a match. But Sanchez still had his doubts about whether he'd really get a new kidney.

"The day that I believed it was the day that we went in for our last checkup," Sanchez said.

They were sitting down and being attended by the medical staff.

I play the Mega Millions — and you don't know this — and I lose, I'm OK with it," Sanchez said.

"Because I felt like I won already. Because he saved my life. What greater gift is that? That was my million dollars."