Accessibility links
Afghan Troops Earn Kudos, But Questions Remain NATO commanders in southern Afghanistan are sharing credit for the success of last month's offensive in Marjah with their Afghan counterparts. But there are still concerns about the Afghans' tactics and ability to coordinate with foreign troops on the battlefield. 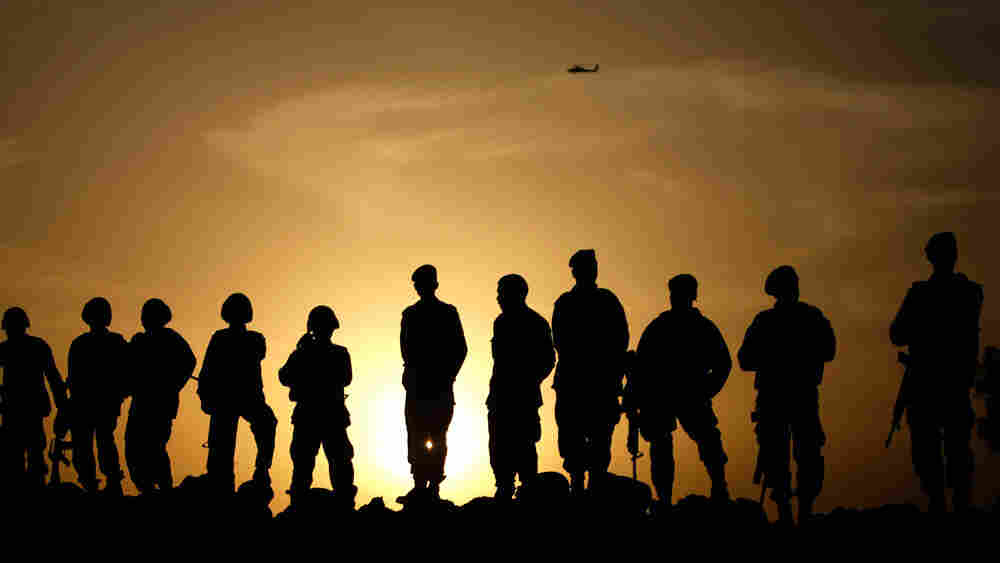 U.S. and NATO commanders in southern Afghanistan are sharing credit for the success of last month's offensive in Marjah with their Afghan counterparts.

They say the Afghans contributed experienced troops and fighting spirit to the operation, which regained control of an area that had been dominated by the Taliban.

The combined force that captured this poppy-growing region included 1,250 Afghan National Army troops and about 600 Afghan National Police officers. They fought alongside nearly 5,000 Marines and soldiers from a U.S. Army Stryker brigade.

But questions remain about the Afghans' tactics and ability to coordinate with foreign troops on the battlefield.

"I've been impressed with what they've offered us," he says. "Some people will point out some individual actions, small actions in areas where they've done things that we wouldn't prefer, and I don't dispute those." 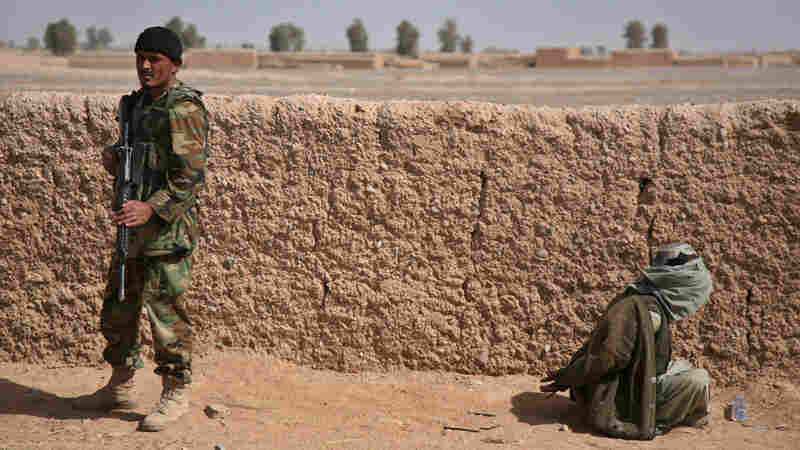 An Afghan army soldier stands guard as a blindfolded suspected Taliban fighter sits with his hands tied on the ground in Marjah on Feb. 18. Jerome Starkey/Pool/AP hide caption 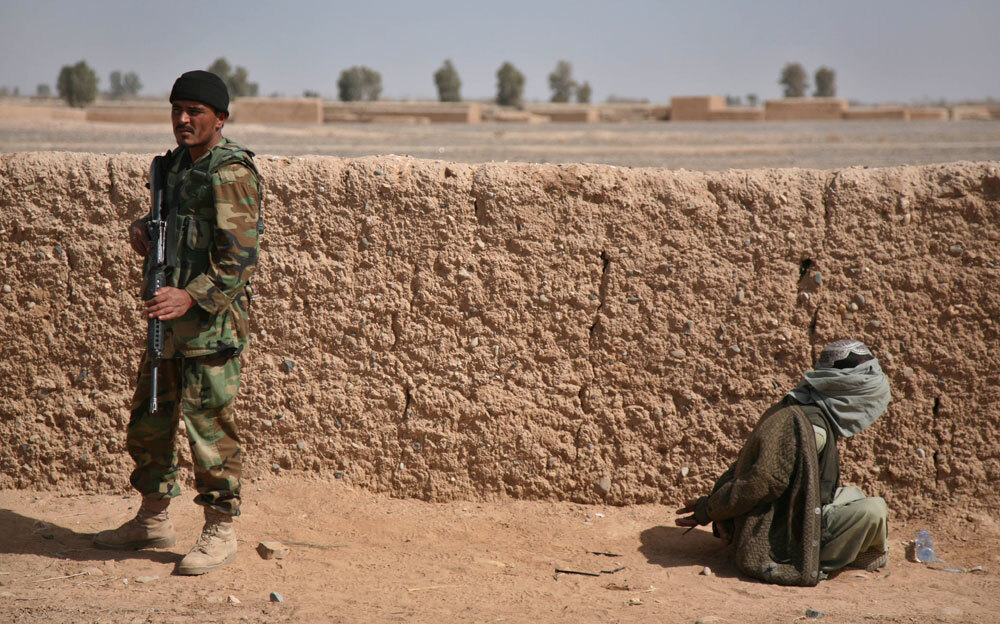 An Afghan army soldier stands guard as a blindfolded suspected Taliban fighter sits with his hands tied on the ground in Marjah on Feb. 18.

But Newman says the problem soldiers represent only a very small portion of the number of Afghans involved in the fight.

One reason the Afghans performed well, officers say, is that their ranks included many solders with fighting experience in other parts of the country.

Afghan army Lt. Col. Guhlam Farouq points out that this wasn't the first battle for his unit. They have been tested by fighting the Taliban in Khost province and other parts of the country, he says.

Newman says there is no question of the Afghans' courage in battle.

But that eagerness was a problem last month for Marines in a combat situation when Afghan soldiers pushed ahead without coordinating with their partners.

NPR correspondent Soraya Sarhaddi Nelson was with a Marine patrol on the third day of the Marjah offensive, when that lack of coordination delayed an airstrike against Taliban fighters and created a danger of "friendly fire."

The Marines were under fire, taking cover behind a wall, and their captain was trying to call an airstrike on the source of the shooting.

The Marine captain was frustrated because Afghan soldiers had run ahead without telling him, putting themselves too close to an area where he wanted to direct the airstrike.

He also complained that the Afghan army soldiers seemed to be firing in an undisciplined way.

'Get Them Under Control'

The Marines had reports of Taliban fighters with a machine gun, moving to set up an ambush.

The Marine captain yelled to the Marine who was the liaison with the Afghan soldiers, telling him, "That [Afghan army] commander has got to get them under control. Now they are all over the battlefield. And I can't do anything. There is a guy out there with a machine gun and I can't do anything because they are [expletive] around like jackasses."

Eventually, the aircraft was able to fire, taking out its target without hurting any Afghan soldiers.

When asked why he had led his men ahead without telling the Marines, the Afghan captain, Mohammad Gharib, said his men had spotted a teenage boy in the area and wanted to check him out.

The Marjah offensive was designed to test putting the Afghan soldiers in the lead, so technically they were not required to follow the Marines' orders, but Marine officers say they needed to be "reined in."

Now that the shooting has stopped, Afghan soldiers are showing a strong presence in the Marjah area, and Farouq says that's a role that brings out their biggest strength.

He says his men know the language and the local culture, and they're better equipped to solve local problems and bring peace to the region.