Accessibility links
Battle Over Ivory, Tuna Expected At Wildlife Meeting Wildlife experts convene next week in the city of Doha in Qatar to consider how to control the trade in rare animals and plants. Trade in elephant ivory continues to be a contentious issue. And this year sees a brand new effort to move offshore and protect some of the ocean's most charismatic and sought-after species. 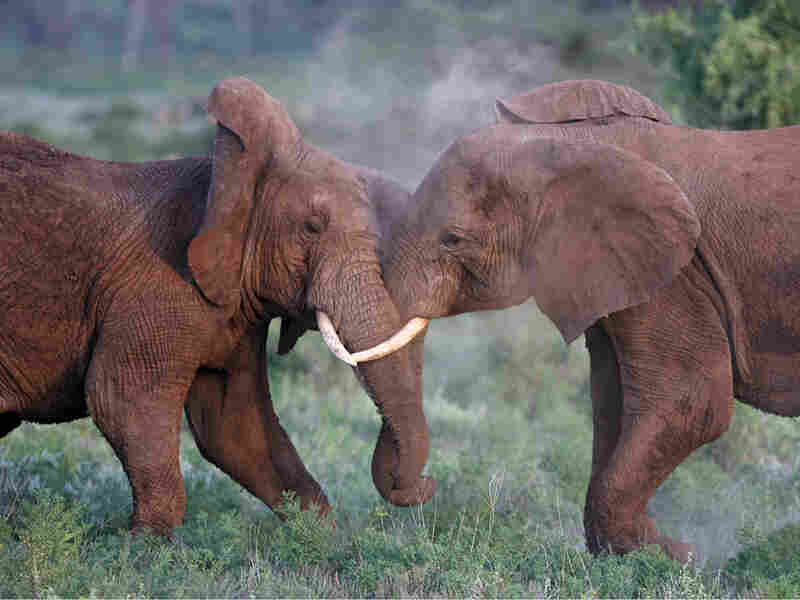 African elephants are expected to be at the center of a contentious debate about ivory sales at next week's CITES meeting. Delegates will try to resolve disputes about other animals, including bluefin tuna and hammerhead sharks. Dan Kitwood/Getty Images hide caption 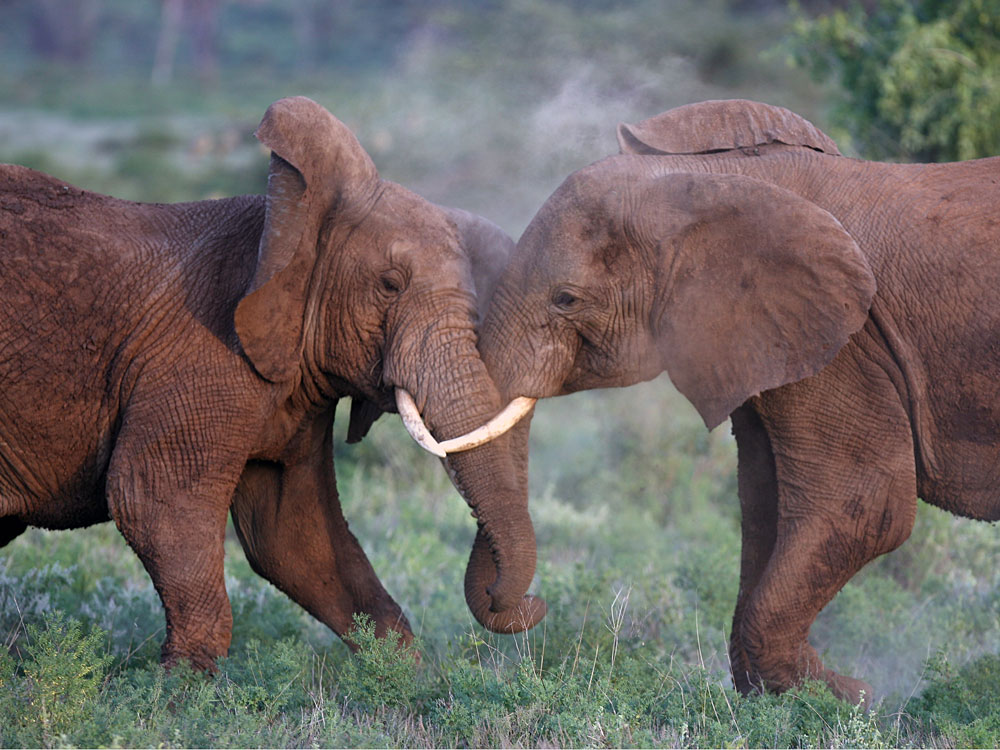 African elephants are expected to be at the center of a contentious debate about ivory sales at next week's CITES meeting. Delegates will try to resolve disputes about other animals, including bluefin tuna and hammerhead sharks.

Wildlife experts convene next week in the city of Doha in Qatar to consider how to control the trade in rare animals and plants.

Their means to that end is the Convention on International Trade in Endangered Species (CITES), a treaty that most of the world's government have signed onto, though not always happily. Trade in elephant ivory continues to be a contentious issue. And this year sees a brand new effort to move offshore and protect some of the ocean's most charismatic — and sought-after — species: giant bluefin tuna and eight species of sharks.

CITES meets every two to three years and protects tens of thousands of plants and animals, from orchids to elephants. But fish haven't rated very highly on the CITES list. That's about to change. And Sue Lieberman of the Pew Environment Group says that's unprecedented.

"I am actually encouraged that the governments are really willing to take on these commercial fishing industries," Lieberman says, "and take on in effect something that relates to food. It's not just a curio or something like that. I think it will be very exciting."

On The Table: A Ban On Bluefin Tuna Trade

Giant bluefin tuna are the behemoths of the tuna world. They can sell for tens of thousands of dollars each, especially in Japanese sushi markets.

"They're spectacular animals," says Mark Stevens, a tuna expert at the World Wildlife Fund. "They're as big as a horse; they can accelerate as fast as a Porsche. If these were the equivalent land animal, they would have been listed by CITES a long time ago."

Fishing for bluefin in the Atlantic is regulated already by a special fisheries organization. But Stevens says that group repeatedly allows many more fish to be caught than biologists recommend. Now the Atlantic bluefin are down to about 10 or 15 percent of their historical numbers. Stevens says most people don't know that because the animals are essentially invisible — they're "hidden under the water," he says, "and thought of mostly as food rather than wildlife."

Now a lot of nations, including the U.S. and the European Union countries, want to ban international trade in bluefin under CITES, which has more clout than the tuna organization. Europe's support is important because that's where experts say most of the overfishing takes place. Japan, where a lot of bluefin is consumed, opposes the ban.

Besides tuna, eight species of shark are also candidates for some level of protection. Among them are hammerheads, famously known for their bizarrely shaped head. Close to 3 million are believed to be killed yearly, mostly to make shark-fin soup.

Lieberman from the Pew Environment Group says many smaller island countries support that proposal, too. "They're making a lot of money as a major tourism spot, for dive tourism, shark tourism," she explains, "and they don't want all their sharks going in trade and losing their tourism edge."

On land, African elephants are the shark equivalent — a big-ticket tourist attraction. After CITES banned the ivory trade in 1989, elephant numbers rose. But elephant poaching is rising, too. Prices for ivory have skyrocketed, and shipping containers of illegal ivory are being seized all over Asia.

Sam Wasser, a biologist at the University of Washington, says, "All of this has created a situation where we now estimate that between 8 to 10 percent of existing elephants are being poached every year."

CITES has tried to replace the illegal market by allowing two legal sales of ivory since 1999. That's ivory from animals that die naturally or are culled to thin herds. Now Tanzania and Zambia are asking CITES for a third "legal" ivory sale.

Some conservationists don't want that sale. Sam Wasser uses DNA from the poached ivory to track what part of Africa it comes from. He says it's mostly Tanzania and Zambia.

"These countries are denying the extent of their illegal activity in their country, and the DNA actually shows this is where the poaching is going on, [and] you really need to do something about that," Wasser says. He says legal sales are not the way to do it.

Others aren't so sure.

"There's always going to be a market," says Liz McLellan, a biologist with the World Wildlife Fund, "and people will find a way of supplying it, so it's better if it's occasionally — as it was in the last one-off sale — entirely controlled."

Nonetheless, WWF and other CITES delegations will oppose the request for another one-off ivory sale until there's better evidence that these sales either hinder or encourage poaching, which sets the stage for a wildlife battle next week on land as well as at sea.